There.  I said it, confessed it.  Yeah, there is the occasional exception (like The Ventures Theme from Hawaii Five-0).  But I’m a word man.  I want lyrics.  They can be as basic as The Ramones or as complicated as YES.  I need words for my shower performances.

But I’ve found a new exception to the rule.  Project Alcazar is the brainchild of Chris Steberl, and he’s done a few albums under that moniker.  But I wasn’t familiar with him and his work until recently.  I didn’t know what I was missing.

As soon as I fired up the video/single “Lost in Centralia,” I was hooked.  By the hooks.  It is very melodic, has different sections, gives all three musicians a chance to shine, and all in six-and-a-half minutes.  This is Prog-Metal-Rock in the best sense, with loads of energy combined with subtlety and feeling.  What it’s not: a trio of talented guys fighting each other, trying to show off their chops at the expense of the song.  That makes this instrumental work.

The rhythm is anchored by Mark Zonder, legendary for his work with Fates Warning, Warlord, Z/W and more.  Zonder is comfortable in so many settings, including this one.  His drum-work is propulsive, muscular, but economical.  He doesn’t overwhelm the other guys with his playing, instead giving them a foundation from which to spring.  Mark Zonder is and has always been a team player, and that’s very apparent on “Lost in Centralia.”

Caleb Hutslar mans the keyboards, and his fills make this more than a prog/metal guitar piece.  He displays great dynamism and dexterity, providing a different pace when called for.  He also co-wrote the song.

But the leader is Chris Steberl.  Who?  Chris is a guy who, in the past, had a few bites at the apple of big-time success but it just didn’t happen—in part because he dedicated himself to family in Columbus, Ohio.  For years, he played with cover bands in the area, but frankly, this kind of talent needs to be seen and heard within its own context.

You can hear shades of other guitarists in Steberl’s playing—Steve Vai, Paul Gilbert, Richie Kotzen, and more.  But ultimately, this is a guy who is comfortable with his own style and approach.  Can he shred?  Absolutely.  Can he make that axe cry?  No doubt.  Can he demonstrate remarkable restraint within the virtuoso palette?  Of course.  Chris Steberl is a great guitarist, period. He deserves to be known by a much wider audience—and “Lost in Centralia” (title track from the album of the same name) is an outstanding introduction. 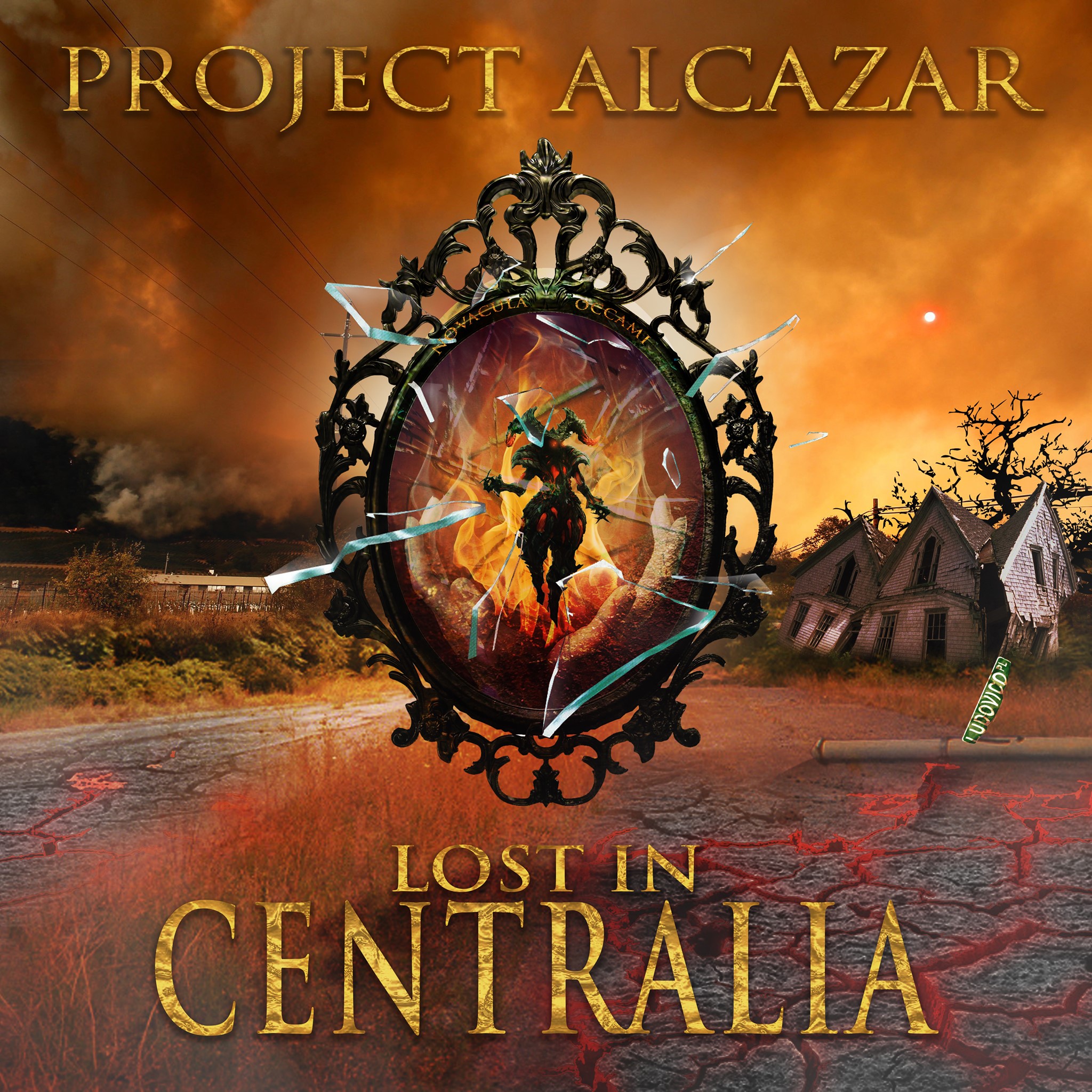 The title refers to a disaster in Centralia, Pennsylvania.  A coal mine fire broke out under that town in 1962—and it’s still burning.  Almost all the residents have left the area, leaving a smoking ghost town.  It’s one of the oldest and worst environmental disasters in this nation’s history.

Does the music paint that picture?  For me, not really—of course, I heard the song before I knew the backstory and had already formed my own musical mental images.  Without lyrics, the greater burden falls on the listener to interpret what he or she hears. But I can see why Steberl was inspired to compose this piece.  And I’m not sure just how important it is for my mind pictures to coincide with his.

This is a pandemic video, with the three players each in a different setting.  Each gets his moment in the sun, especially when he has the solo spotlight (although Zonder really doesn’t have a solo, there are plenty of shots that focus on him and his great fills).  Occasionally, videos or still shots appear in a window behind Steberl, just to add a little more depth to things.

But for me, the video is almost superfluous (except to watch these guys miming out their playing, which is always fun to watch).  I find myself closing my eyes and allowing the music to wash over me.  That sensory experience is more than enough with Project Alcazar.

Oh, and I’ve found myself humming “Lost in Centralia” in the shower.  Maybe this instrumental thing is growing on me…