They say that confession is good for the soul.  So here’s a confession:  I really like the music of Melanie Mau and Martin Schnella.  It doesn’t matter if it’s their acoustic covers of well-known and obscure tunes.  Or the Prog stylings of their band Flaming Row.  Or the mostly unplugged albums of original music.  These guys are great in presenting melodic pieces that showcase their remarkable talents.

Which brings us to their new offering, “Crowdless Sessions,” acoustic renderings of their own works, from Flaming Row’s Prog/Rock and the 2017 album “Oblivion Tales.”  These are new and live takes on previous efforts—done in a couple of German venues without the benefit of a concert audience, a nod to the pandemic restrictions facing bands around the world.

Another confession:  Melanie and Martin don’t need us (sob!).  They are amazing no matter what the situation, no matter where they are playing, live audience or no.

“Aim L45” (from Flaming Row’s 2nd album “Mirage: A Portrayal of Figures”) kicks things off. Melanie’s voice—a mind-blowing instrument–really has the Celtic lilt on this one.  And the unofficial third “M” of the band, Mathias Ruck, matches her note for note.  What we end up with is three-part harmonies (including Martin) which shimmer and soar.  Schnella’s distinctive guitar style, a combination of picking and tapping, provides an instrumental foundation that keeps things moving.  This is a great starting point.

Next, a medley from December 2019’s “The Pure Shine,” also by Flaming Row.  The original Prog album was a take on Stephen King’s story The Dark Tower.  This acoustic version is much more intimate than the original, drawing the listener into the music and lyrics.  And yet it retains a subtle power that keeps attention focused for the entire 26 minutes.  This is a tour de force.

Most of the rest of the album is from “Oblivion Tales”—and again, this live-without-crowd/acoustic presentation provides different colors to these songs.  They are stripped down and pretty playful (like “My Dear Children”).  They reveal a funky blues (such as “Die Zwerge Von Iberg”).  “The Spire and the Old Bridge” is a tale of a small town that becomes victim to a catchment lake, going into oblivion.  The heart melts at a beautiful acapella section between Melanie and Mathias.

That segues nicely into “Treasured Memories,” which moves along at an easy lope as the memories come forth and fade. 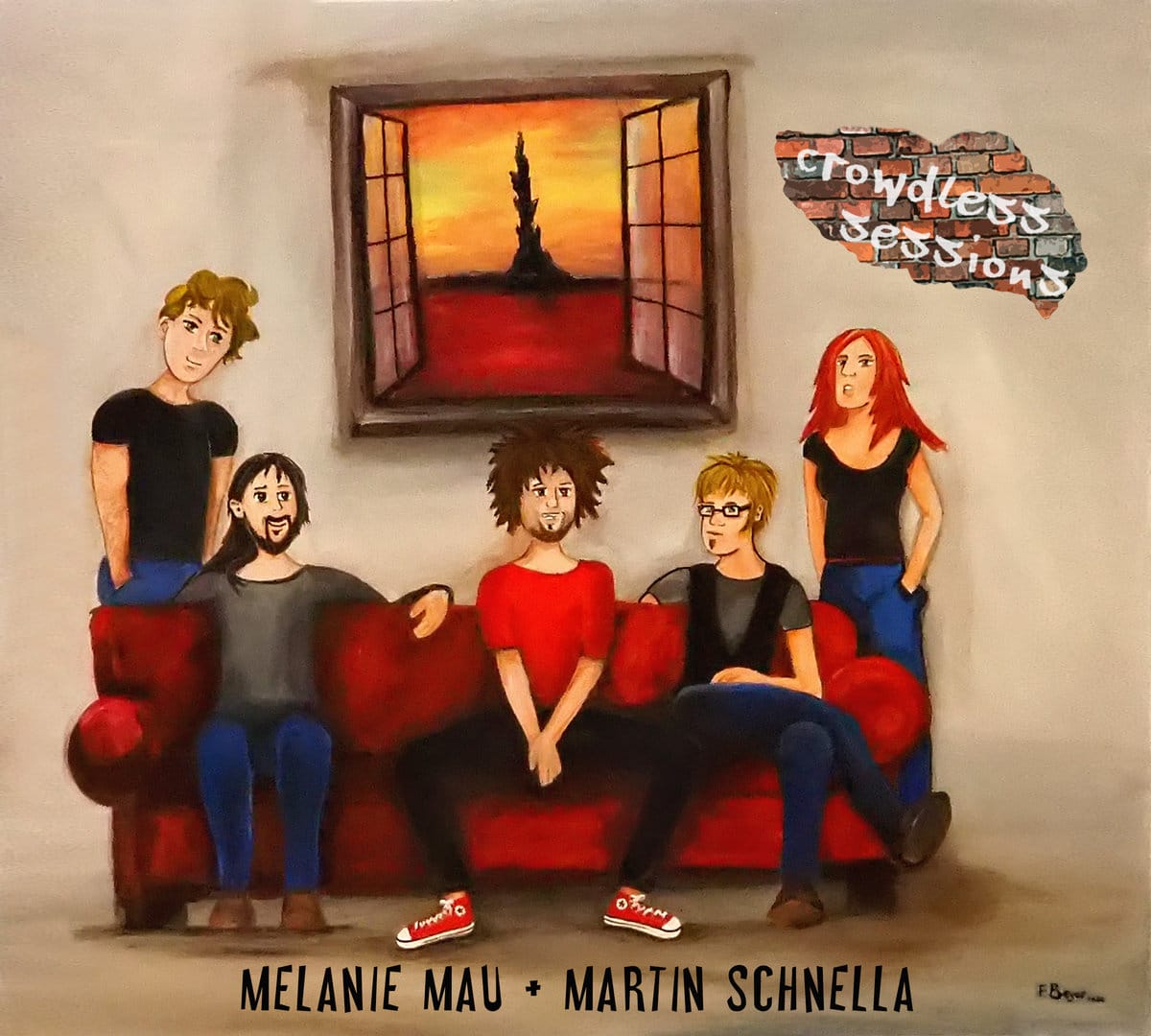 -“Close to the Heart” starts with Martin’s picking and tapping, accompanying Melanie’s plaintive vocals.  Then Lars and Fabian come in.  The warmth and safety of home—and love—so important during these dislocated times.

“The Dwarf’s King” is another fantastical journey that M&M like to take on several of their albums, travelling into the legends and myths of their native Germany.

“Erinnerungen” means memory or momento in German (yeah, I looked that up).  It starts a bit foreboding, with just Melanie and Martin.  But it picks up in power and tone.  Even though I don’t know the meaning of the words, it conveys some hope.  Perhaps our memories are not that bad.

“In Dieser Zeit” is the outlier on this album, written in March about the Covid situation.  I don’t understand German, but the official video (including shots submitted by fans) shows people having a good time in spite of the pandemic—and that’s what the music indicates.

Seeing the videos of these performance just reinforces a big impression:  these guys like each other and appreciate the chance to get together, musically.  A quick smile here and there, or a head nod.  They’re having a good time and are sharing it with us—whether it’s on the DVD or the official videos of several of the songs.

And the visual hypes the musicianship.  Martin’s fingers are all over the frets and the strings. This is a seriously great guitarist.  Simon Schroder looks impossibly young as he switches from hands to sticks to whatever else is around to hit the percussion.  Same thing with Fabian Godecke (who doesn’t look quite so young, but that’s okay). Both of them are understated in their playing, and yet they are absolutely key to adding texture and maintaining pace. And bassist Lars Lehmann is an essential part of the ensemble, deftly running the rhythmic lines—but doing so in that placid fashion that seems endemic to so many bass players.

But the shining star is Melanie Mau, the vocalist extraordinaire.  Such power, such nuance, such flexibility—such a voice.  I’ve compared her instrument to that of the late Sandy Denney of Fairport Convention, and I stand by that.  Mau has become one of my favorite singers, and she continues to grow as an artist.  I can’t wait to hear what comes next—especially as she increases her work with Mathias Ruck, who is a remarkable talent unto himself.  His addition to the group provides greater depth and breadth to the proceedings.

“Crowdless Sessions” is such a deal—with all the music and videos and interviews as part of the package.  The guys have obviously kept busy during these troublesome times, and we are the beneficiaries of all that .

Gathering material from Flaming Row and previous album "Oblivion Tales," Melanie Mau and Martin Schnella present the acoustic "Crowdless Sessions." These are new and live takes on previous efforts - done in a couple of German venues without the benefit of a concert audience - prove that these musicians are amazing no matter the circumstances.