Caligula’s Horse is a name that has garnered an ever-increasing amount of attention within the dynamic world of progressive metal, turning heads in 2017 with the ambitious concept album “In Contact.” Met with critical acclaim and a spot on the Australian Top 50 charts, “In Contact” was the launchpad for Caligula’s Horse to embark on an extensive European tour in support of the album, and led to their live debut in the Americas in 2019. This time period also saw Caligula’s Horse welcome bassist Dale Prinsse into their lineup to replace longtime member Dave Couper, but the band otherwise maintained a consistent lineup as songwriting began for their next opus. On May 22nd, Caligula’s Horse will release their fifth full-length album titled “Rise Radiant,” a step towards the light that was so fleeting on “In Contact” while increasing the heavier edges that had been tentatively explored in “Bloom.” Though “Rise Radiant” is not a concept album, it remains faithful to the unique identity that Caligula’s Horse have carved for themselves in the progressive metal scene. 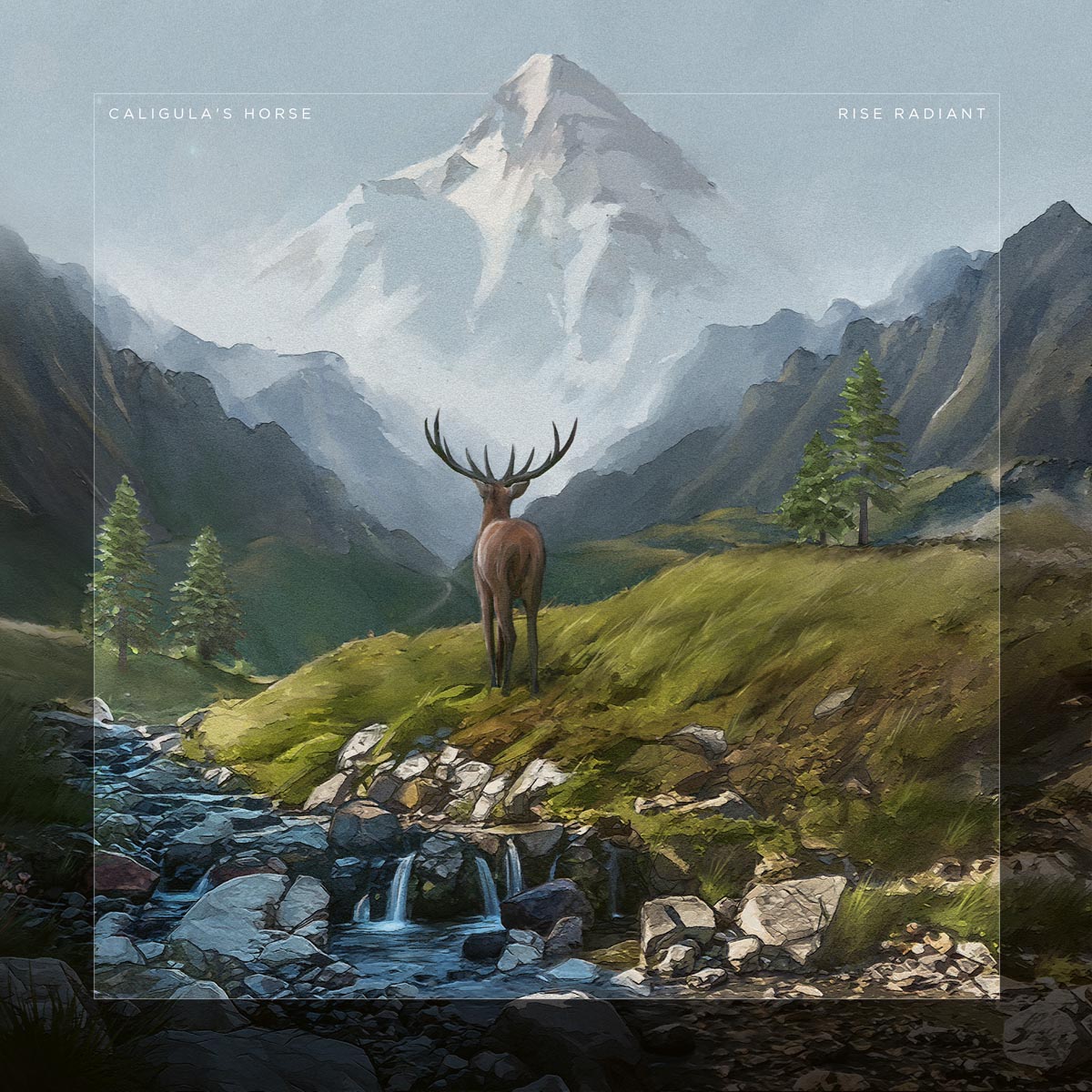 Despite the increasingly heavy approach to their progressive leanings, “Rise Radiant” shows once more that Caligula’s Horse are masters of emotional inflection and the careful balance between light and shadow. Strong vocals from front-man Jim Grey lead an album which ebbs and flows between peaks of gripping emotions, comforting listeners with the same breath used to light fires of instrumental intensity. Though often offering a more stripped-down sound than the rich melodies of “In Contact,” the musicianship of lead guitarist and co-founder Sam Vallen delights in a careful album architecture which highlights the four dexterous instrumentalists on “Rise Radiant.” It is an evolution of their sound, but a perfect alignment with the style that they have spent four albums working to establish, and culminates in their most mature offering to date. Grey spoke with Sonic Perspective’s contributor Samantha Buckman about the concepts that drive “Rise Radiant,” where the band hopes to grow in the future, and a number of Grey’s other creative endeavors.