Our weekend began with a coast to coast 4 hour drive across South Florida. Metalheads were taking over the Ybor City streets awaiting the opening of the doors for this event. By 6:00 PM let let the hordes of metal to come inside and we got warmed up by a couple of local bands: Somnent and Aurorae which displayed nuances of Insomnium and Deafheaven respectively.

By 8:00 PM the main show started with the multi-talented Anneke van Giersbergen (Ex-The Gathering, The Gentle Storm, Vuur). She took the stage with her acoustic guitar and a served up wonderful set of renditions ranging from the likes of Devin Townsend, Ayreon, Dolly Parton, Pink Floyd and even Iron Maiden. Her goddess-like voice captivated the audience by taking them through a range of emotions and her funny sense of humor sparked laughs among the crowd. As a Pink Floyd fan I truly appreciated and enjoyed her magnificent version of “Wish You Were Here” and it was definitely not  because everyone joined her singing along to each verse of this classic track. After just nine songs her performance ended leaving the audience ready for what was coming next and absolutely wanting more of her beautiful voice. 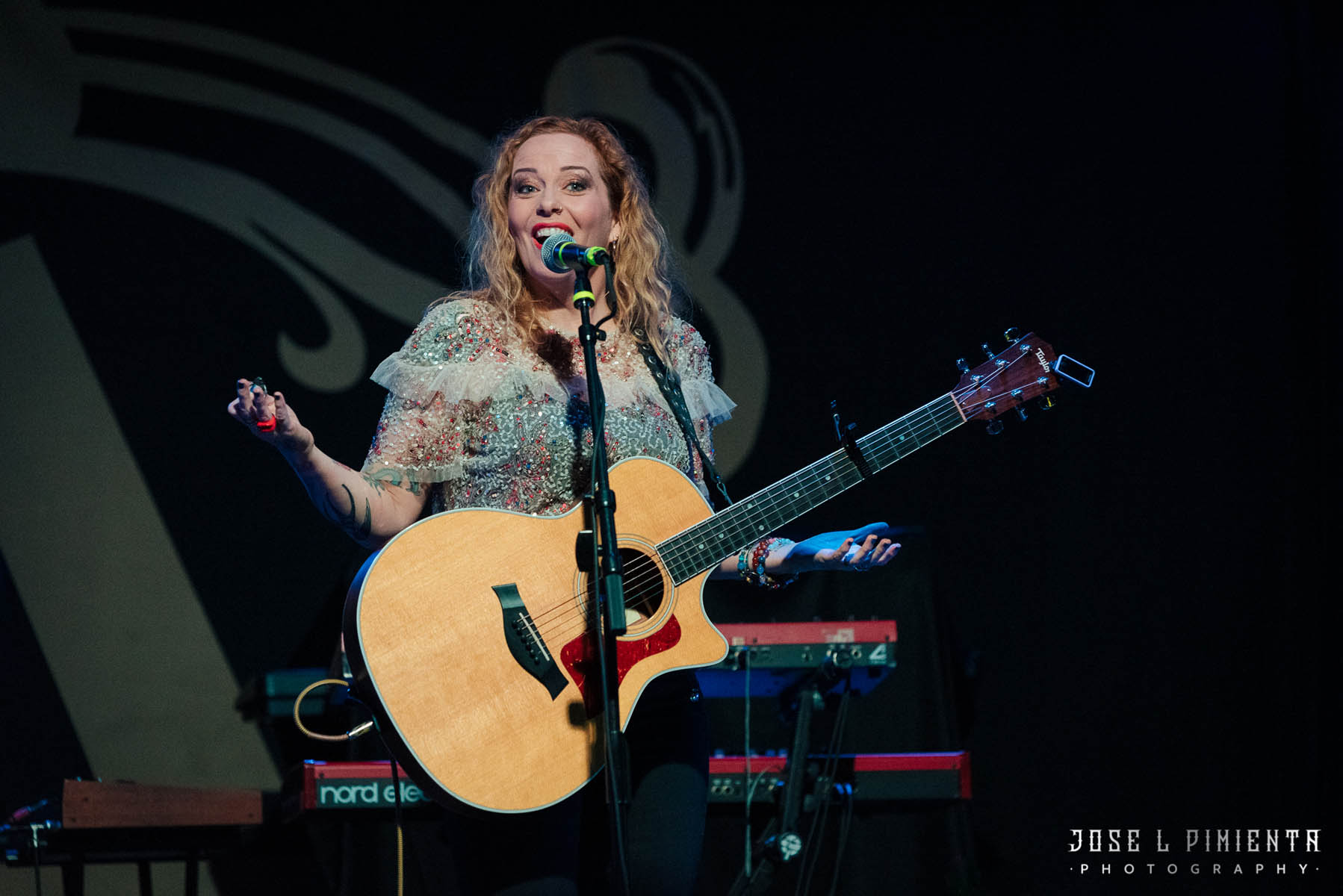 After a short break the lights came down and Amorphis arrived on the stage. They started their set with the epic single “The Bee” from their latest and monstrous album “Queen of Time”. The energy and the superbly crafted melodies of this song instantly enchanted the crowd and I witnessed how everyone in attendance sincerely enjoyed every single note. They took us in a well-designed journey though their discography giving something to enjoy to old and new fans alike. I still remembering listening to the first album of them which fell in my hands: “Tales From the Thousand Lakes” on a cassette tape I borrowed from a high school friend, therefore seeing them perform “Into Hiding” and “Black Winter Day” from this album almost melted my mind and sent me in a trip down memory lane. By the end of their set we got Anneke back on stage to sing “Amongst Stars”, and the dynamism and passion from her duet with vocalist Tomi Joutsen turned into an unforgettable moment. To make even more special the crowd sang their lungs out with their closer and already classic “House of Sleep”, from their 2006 release “Eclipse”. This was my second time seeing Amorphis live and I can honestly say that they are one of my favorite live bands of modern times and that after 30 years of music they still deliver a show that sets them apart in the international metal sense. 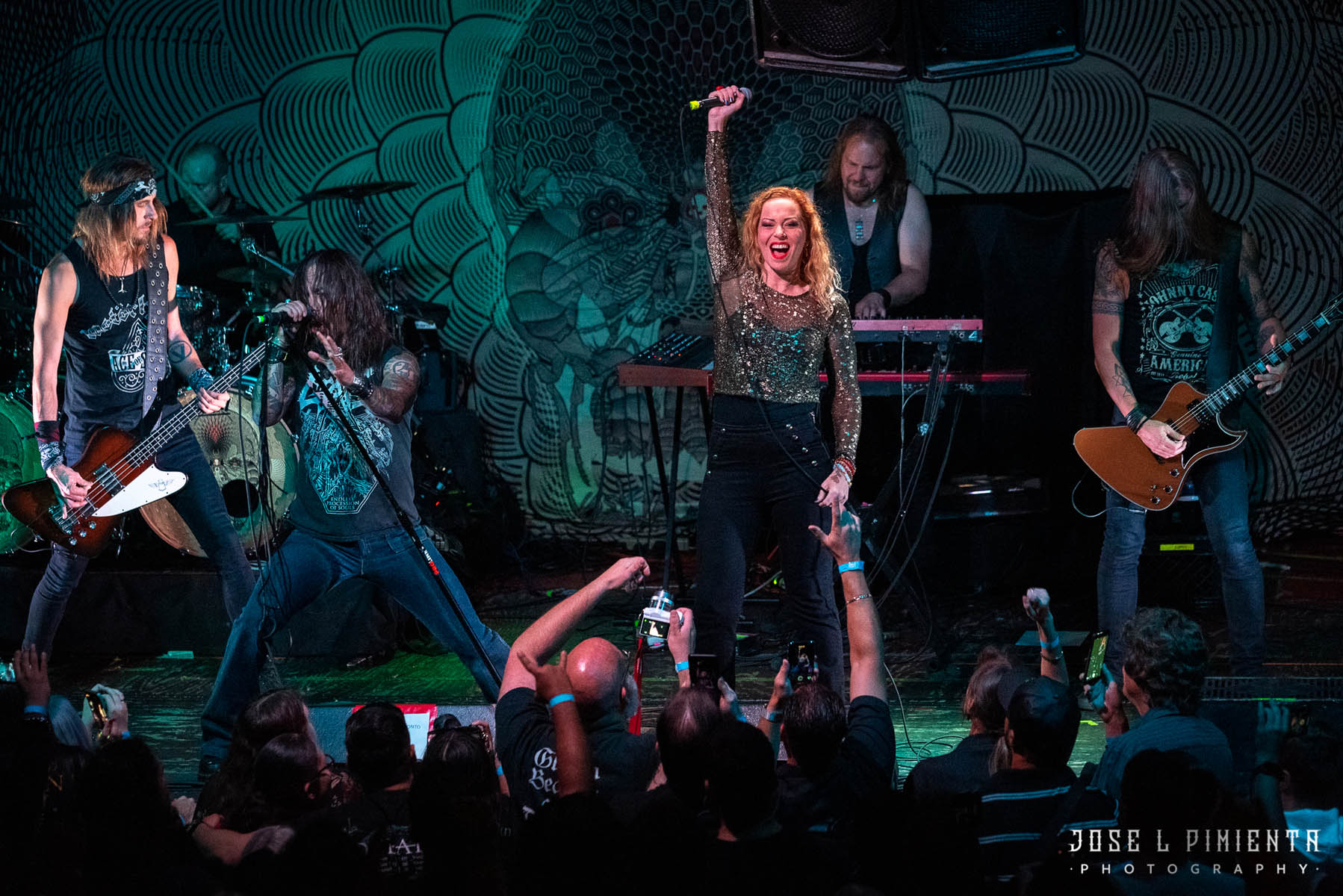 For this tour Amorphis is co-headlining with another crowd favorite so it was time for Delain to begin. The lights came down once again and Charlotte and the Dutch gang appeared with their already characteristic vigor and their brand new single “Burning Bridges”. This was my third time seeing them perform this year and the first time after the departure of guitarist Merel Bechtold. One thing I noticed was a higher production value with smoke machines, custom microphones and lighting which made the dark dungeon-like stage of The Orpheum come to life. Charlotte Wessel’s charming charisma and sweet voice gave the audience the strong to jump and sign alone while the talented Timo Somers showed his virtuosity with his 8 string Aristides guitar. In only 10 years of existence this band has grown and matured to be one of the top metal acts to represent The Netherlands.  Midway through their set Timo and drummer Joey jammed for a few minutes and prepared us for a second half loaded with gems like “Hands of Gold”, “Mother Machine” and the closer “We Are The Others”. 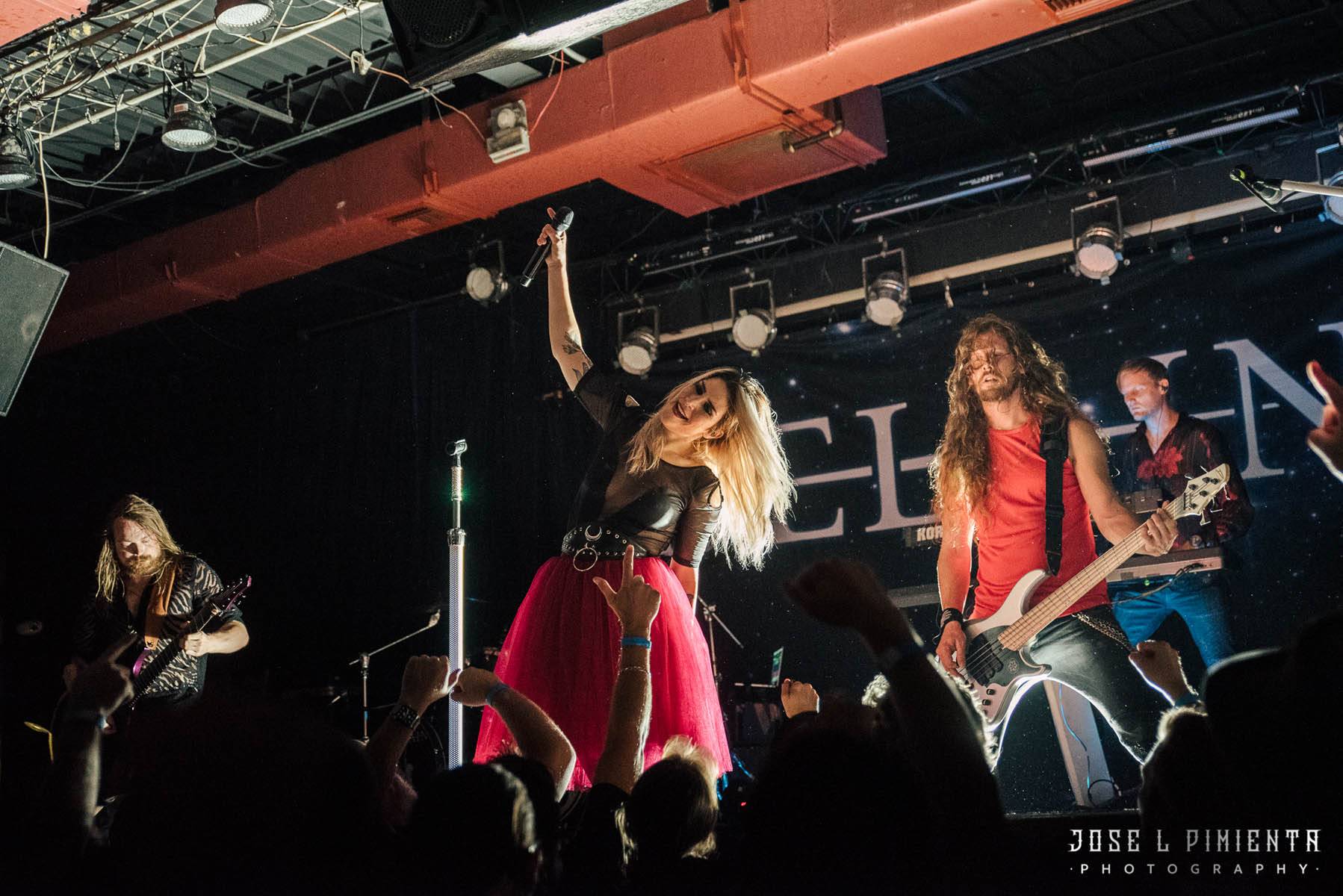 There was a lot of excitement in the air throughout the whole night and the performances were definitely worthy of respect and admiration. Nights like this remind us why we love this music and as I get older I appreciate the musicians for making us feel alive and forgetting the problems and typical life stress for a few hours.