It’s hard to believe that the Swedish melodic death metal band Arch Enemy has been together since 1995, and what’s even more surprising is that they have survived while changing lead singers not once, but twice. For any band, a change in vocalists can be a daunting task. Sometimes, everything works out just fine…then there are those other times (Van Halen/Motley Crue) where it just goes completely “Hindenburg” and not only halts any momentum that the band might have, but it potentially completely destroys the group. Luckily, that hasn’t happened to Arch Enemy. While I’ve never really felt that the band has broken out in a huge way in the United States, their now rock solid lineup and history of performances (like the one they gave last week at Atlanta, GA’s Tabernacle concert hall) will most definitely aid that cause.

Arch Enemy is currently touring to support fellow Swedish metal giants Amon Amarth on their Berserker North American Tour 2019 (along with At The Gates and Grand Magus) so their set time ran a little short, but it was still plenty of time for the band to get their point across. Actually, Arch Enemy hit the stage in full-attack mode, ripping into the ferocious “The World Is Yours” which was followed up by the equally ferocious yet more melodic “War Eternal.” Bat-winged, hair twirling lead singer Alissa White-Gluz prowled the stage like a cat delivering her guttural, death metal vocals while engaging the audience to get into the groove. Melodic death metal isn’t a genre in which you find many female musicians or singers, but Arch Enemy is responsible for introducing the world to two of them, both former vocalist Angela Gassow and now, since 2014, White-Gluz. 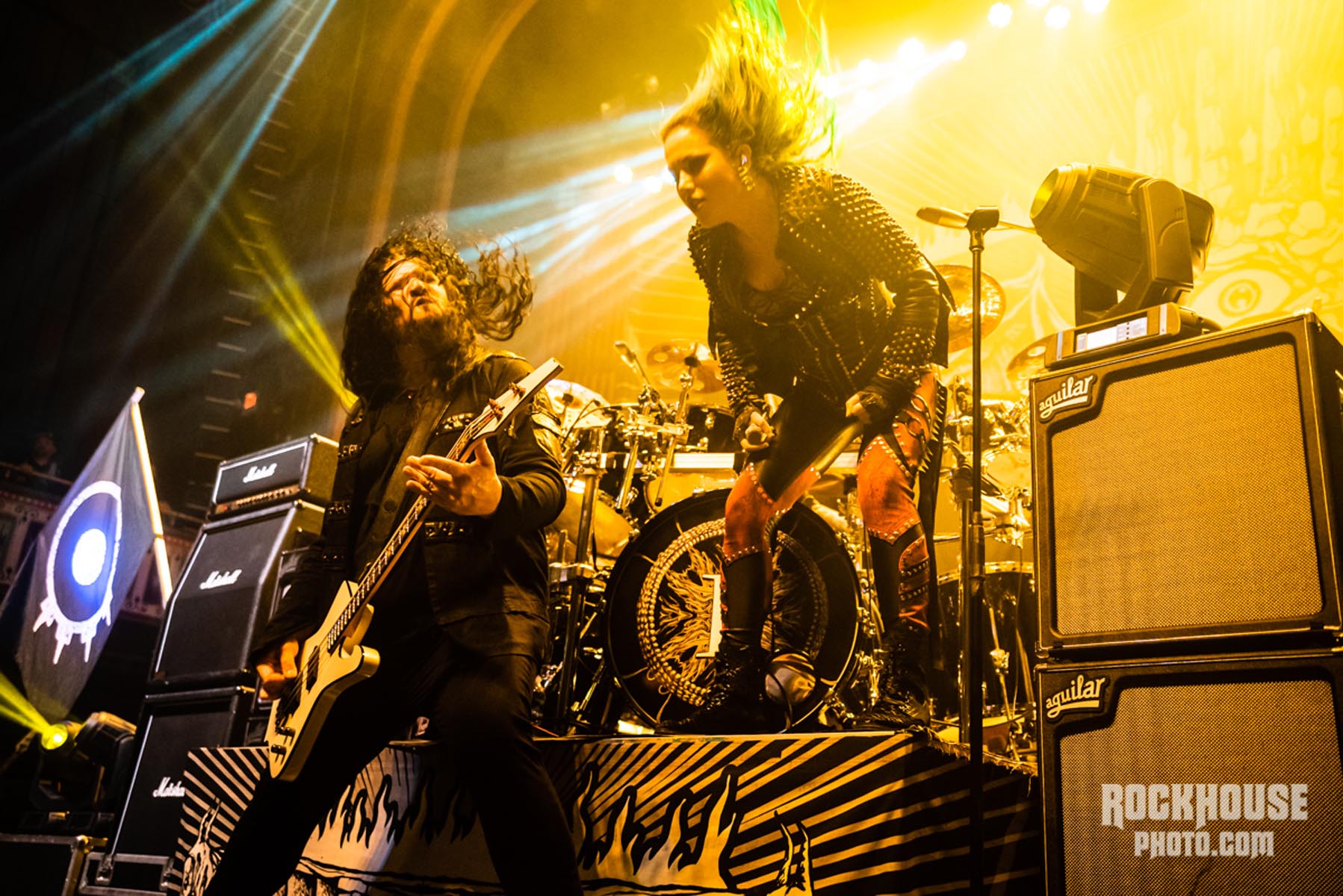 “My Apocalypse” was next up, aided by some nice twin-guitar harmony from guitarists Michael Amott and Jeff Loomis. Amott strikes an almost Michael Schenker-ish profile onstage, hunched over his blood-stained flying-V with the lower part of the “v” tucked between his legs, while fluidly tearing through one melodic solo after another. The ascending guitar riff of “Ravenous” filled the hall to the approval of those in attendance before catapulting into the breakneck rhythm of the song. The anthemic, head-bobbing “The Eagle Flies Alone” was a bit more epic in nature, while “First Day in Hell” and “As The Pages Burn” gave guitarists Amott and Loomis a chance to lay down some nice twin guitar harmonies. This band has quite a formidable one-two punch of guitars thanks to these two, as witnessed by the off-the-hook, back-and-forth guitar shredfest towards the end of “As The Pages Burn.” I so wish they would have extended that section out more! The song “Nemesis” brought Arch Enemy’s set to a close and the band said goodnight to an enthusiastic round of applause and a room full of metal-horns in the air.

The Arch Enemy/Amon Amarth current tour continues in the States until October 26th before picking up again in November in Europe. This is an amazing night of music from some of Sweden’s finest metal bands (At The Gates as well!) so do not miss this tour!