Sparing in vocals but heavy in both style and passion, doom rockers Valkyrie show off the breadth of their experience and growth in their latest full-length studio album “Fear.” Using textures that are reminiscent of American heavy doom acts such as The Sword and Red Fang, an infusion of classic rock tones give a jovial lift to the dual-guitars at Valkyrie’s helm. Formed in 2002, the band has seen numerous changes in their lineup over the course of multiple full-length albums and splits. Throughout Valkyrie’s lifespan the two most steadfast members have been Jake and Pete Adams, each brother contributing to “Fear” with both guitars and vocals. Focused on the melodies and hooks which build out the primary structures of their sound, both of the Adams’ lean heavily into the potential intrigue of their strings to craft songs which swallow listeners like a blanket of heat and humidity for a sweat-soaked solace of doom-tinged rock.

The warm tones of slightly distorted doom mesh seamlessly with the budding energy of classic rock, the slow tides of exploratory riffs drawn across a boundless horizon with mellowed enthusiasm. Straying away from brighter expressions of showmanship, the melodies in “Fear” take their time to evolve in a leisurely progression that allows listeners to savor each of the key notes before moving on. Pulled along by dynamic and carefully placed tempo changes, the tonal shift of the album seems carefully planned from the opening song through the closing. The former half of “Fear” leans into a more meditative atmosphere, boasting lengthy tracks which are filled with monotone lulls and tempting hooks alike. “Fear and Sacrifice” sees a transition towards faster and more energetic clashes between the two guitars, in which the careful chemistry that defined the earlier tracks sees a more jarring contrast in both speed and diverging execution. The leading riff of “Fear and Sacrifice” is the most memorable off the album, toeing the line between complexity and simplicity for an appreciable and accessible deviation from the earlier invariability. 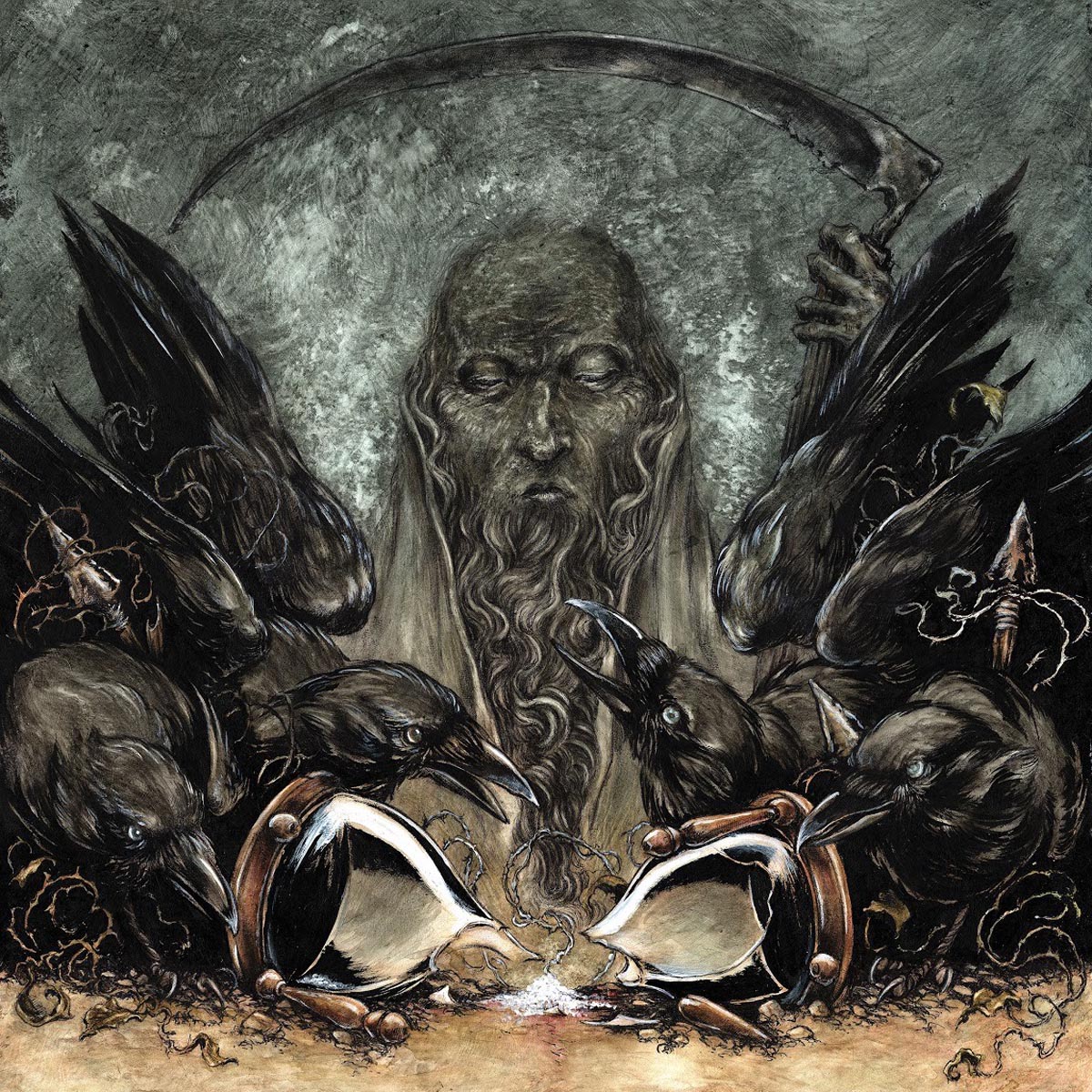 “Afraid to Live” starts out slower, more inquisitive in its approach than the opening track that drove home on big riffs and inviting guitars drawing inspiration from the likes of 80’s rock legends. Drawing on more speed and courage, the Adams’ build out their sound with a consistent push forward on strings, urged on by Warren Hawkins’ drumming. Hawkins sees himself in a supporting role throughout the first four tracks, with “Fear and Sacrifice” giving him the first true opportunity to breathe and show some personality, further elaborated on in “Evil Eyes.” As far as a guiding hand goes, Hawkins plays a clean compliment to the more ambitious melodies and careful dance between the leading members. With few lyrical verses to split the instrumental endeavors of the group, both Hawkins and bass player Alan Fary rarely see their contributions muddied for the sake of vocals. A consistent mix which illuminates each musician across “Fear” is one of the highlights, even as the composition focuses on a strong guitar-lead balance.

Rarely is there excessive repetition within tracks, even those longer forays such as “The Choice,” which captures the nascent creative energy of hard rock without swaying into the unabashed showmanship of arena anthems. Adams has a more subtle approach, never dulling the grittier heaviness for the sake of stealing the spotlight in dazzling solos, though the impressive riffing of “Evil Eyes” certainly brushes close. Reliable rhythm sections, particularly throughout “Brings You Down” give consistent support to creative and varied harmonies. Across tracks, however, there is a slightly more repetitive inflection. A thoughtful spirit imbued with heaviness defines the eight tracks which fill out “Fear,” which aligns with the southern rock textures and presentation which give Valkyrie their modern distinction. Yet for all of its comfort and soul-searching, and for all of the well-timed tempo changes which seem to anticipate the listener’s desire, it feels as though there was potential that never reached its peak.

Valkyrie’s “Fear” delivers just what it has advertised: hard rock with strong guitar leads, organic in their growth across tracks and past albums. Experience and experimentation with their sound have led to a consistent album that is engaging without growing excessively energetic. The heaviness and distinctly American tonalities of “Fear” give Valkyrie a strong character and promising addition to a consistent and increasingly mature discography.

Sparing vocals and devoted dual-guitars at the lead define the doom-tinged hard rock Valkyrie brings to the table. “Fear” is a mature demonstration of the band’s evolution and expertise which relies on thoughtful composition and unwavering musicianship.