Though often pigeonholed as a gimmicky metal expression obsessed with pizza and beer, thrash metal is as versatile of an expression of rage as any, and definitely not beyond venturing into mind-trip territory from either a lyrical or musical sense. Such subjects as the occult, socio-political commentary, and even Science Fiction have been noted lyrical expressions of thrash since its heyday in the 1980s, and a combination of impact-based aggression and nuanced atmospheric twists have been part of the sub-genre’s musical arsenal for the same length of time. Be this as it may, few bands have opted to throw all of these tangentially related subjects and musical devices into a singular package and have it all come out making sense, and one of the more noteworthy recent acts to do so is the Italian based modern meets old school thrashing machine Ultra-Violence.

From this band’s earliest studio offerings via Punishment 18 Records, they’ve made themselves distinct by employing a more modernized sound that reminisces from the recent offerings of Exodus, Death Angel and Testament while keeping a nimble, old-school vibe that keeps them in reasonable proximity to the majority of their former label mates. Perhaps the most analogous acts in recent years to this niche would be that of Havok and Running Death, with a complete change up of this band’s line up resulting in a tech-happy upgrade that bears a fairly similar sonic character to the former band’s latest studio outing “Conformicide”. Sporting a glassy and often funky bass attack courtesy of Fragore’s four-string slayer Andrea Lorenti and a swift yet thunderous fit of drum kit destruction by Italian metal scene veteran Francesco La Rosa, a sense of renewed vigor and fury typifies “Operation Misdirection”, Ultra-violence’s third foray into studio LP carnage.

The overall package presented here is one that shows a progressive turn to complement the already modern sensibilities of this A Clockwork Orange themed outfit, a fitting eventuality given their album art theme has transitioned from the destructive exploits of said film’s principle gang of miscreants to leader Alex’s subjection to experimental mind alteration via the brutal Ludovico technique. In like fashion, the musical presentation comes off as more nuanced and intricately structured, seeing blazing thrashers with a hint of death metal-leanings in “Cadaver Decomposition Island”, “Nomophobia” and “Shining Perpetuity” present a lengthier version of vertebrae trauma painted with occasional atmospheric and melodic interludes that almost come off as either blackened or industrial in character, to speak nothing for a riveting lead guitar display out of Andrea Vacchiotti that channels Chuck Schuldiner’s mid-90s sound about as much as it does Gary Holt and Alex Skolnick. 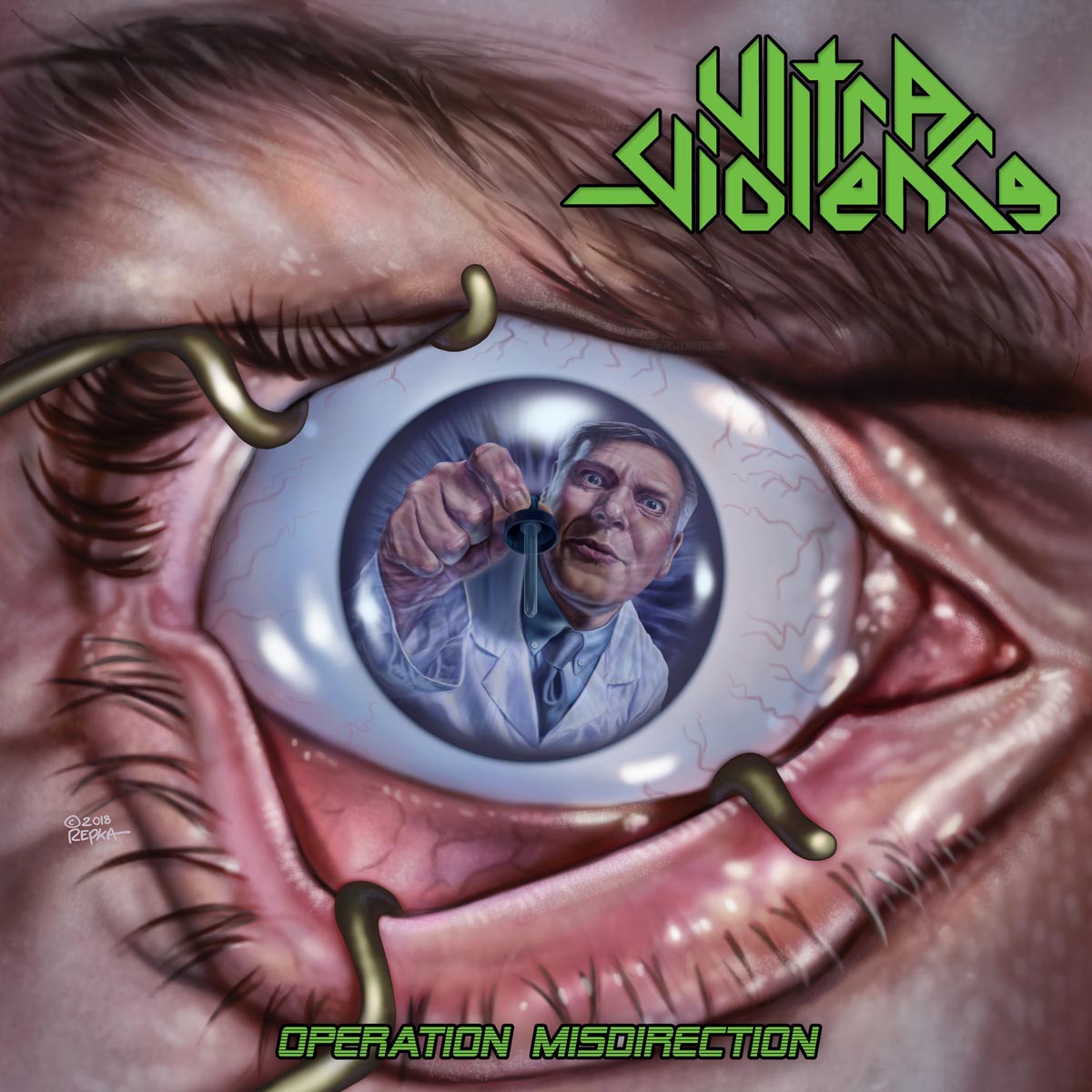 Surprisingly enough, the epic character that typifies much of this album’s contents results in a total package that is notably shorter than the last two, and draws a tad bit closer to that retro-80s demeanor in the process. The brevity and largely Bay Area inspired, mid-paced chunkiness of “Welcome To My Freakshow” and the comically re-worked cover of Dire Straits’ “Money For Nothing” could just as easily have been thrown into a more traditionally oriented retro-thrash album out of the likes of Lich King or Suicide Society, and the more rock-infused speeder “The Acrobat” isn’t too far removed from vintage Annihilator territory, save for the flashy bass work. Then again, the funky, off-kilter bass extravaganza and largely downtempo “My Fragmented Self” veers about as far out of traditional thrash circles as possible, conjuring up some similarities to forward-looking late 80s work via Mordred and Blind Illusion, yet being far too heavy and enraged to full pass for either.

About the only strike against this album is that it is a bit more of a grower than a shower, despite being about three quarters the length of their usual studio work. From one song to the next, there is very little commitment to conventionality to be found here, save when the tempo bursts into overdrive, and even then the drum work falls in love with machine gun double bass madness and outright blasting a bit too much for textbook thrash. Nevertheless, it is a fitting evolutionary step towards a more extreme expression that fits in a bit more with the Candlelight Records crowd. Though it might not be clear exactly where Alex and his gang of droogs will end up next, but whether it be Alex’s turn to have a boot on his head after his treatment turns him into a compulsive pacifist or a return of the foursome to their usual mischief, Ultra-Violence is sure to provide an appropriately intense soundtrack.

A modern, Exodus-infused series of neck-ruining twists and turns fit for Alex’s reorientation after being betrayed by his droogs, all the while maintaining that old-school vibe becoming of any Punishment 18 alumni.