Normally, the first few lines of an album review are fertile soil for some rock-and-roll philosophy, or irony, or witticisms, or some old-fashioned rock history. However, what does one say about a Helsingborg-based Swedish metal band, with a mild-mannered Clark Kent alter ego in the form of a 70s/80s glam funk AOR band themed around airline travel? Not much. It has a way of speaking for itself.

In the way of light history, metal band Soilwork gives us fairly legendary Björn “Speed” Strid on vocals, as well as David Andersson on guitars. From 2007 to 2012, the two began scheming a musical way to tell the tales of rock-and-roll excess and absurdity of the 70s and 80s, and once Arch Enemy’s Sharlee D’Angelo insisted upon not being left out of the absurd shenanigans, thus was The Night Flight Orchestra born. In the years since, the band released four albums, exploring tales of travel, romance, heartbreak, space exploration, and even the deliciously retro “Turn to Miami” found on their fourth album, “Sometimes the World Ain’t Enough,” complete with its obviously quasi Miami Vice underpinnings.

It is the fate of the year 2020 to receive a fifth album from the band, entitled “Aeromantic,” featuring Jonas Källsbäck on drums, Sebastian Forslund on guitar, percussion and effects, and most naturally, the “Airline Annas,” two talented Swedish vocalist pinups offering occasional backup vocals on the record when they are not supporting the band onstage while touring. The album is unmistakably NFO, but this may be the most cohesive and naturally flowing offering of the band to date. All the songs are unique from each other, and yet, they are structured to lead into one another, and flow so seamlessly that it’s like a highway drive with a baseball game on the radio. The miles and the minutes just melt away, and it’s a positive of this album. Some records can have a feeling of “is this over yet?” However, “Aeromantic” never gets that overstayed welcome sensation, and if anything the listener may be sad it is over.

The album begins with radio static and ostensibly Swedish female chatter, before the bands nigh-DiCola keyboard drives us forward into a military march snare, and eventually a relentless blitz, a bit like a Cozy Powell tune like “The Blister,” except imagine it with a Jake E. Lee sort of series of hard-hitting chords alternating with open note palm mute chugging, with double kick drums pounding all the while. This opening song, “Servants of the Air,” a reference to the flight-attendant iconography of the album, is packed with energy and production, and certainly “serves” as an effective icebreaker. After some iterations of the big chorus, the song shifts into a sludgy minor bridge akin to something from Bigelf’s “Cheat the Gallows” album, possibly “The Gravest Show on Earth,” before emerging back into a boisterous keyboards and guitar duel section and hitting us with the chorus one more time. The song transitions us nicely into the second track, “Divinyls,” although the Swedish radio chatter continues to be slightly weird for an international audience. There were a few Swedish female spoken word bits on the previous album as well, and perhaps it’s fun window dressing if an overwhelming majority of one’s market is domestic to Sweden. What’s important is the songs themselves are catchy as hell, and “Divinyls” is no exception. Jammed full of poppy funky bits and hooks, the song has one of the best choruses of the album, in terms of getting stuck in the listener’s head. 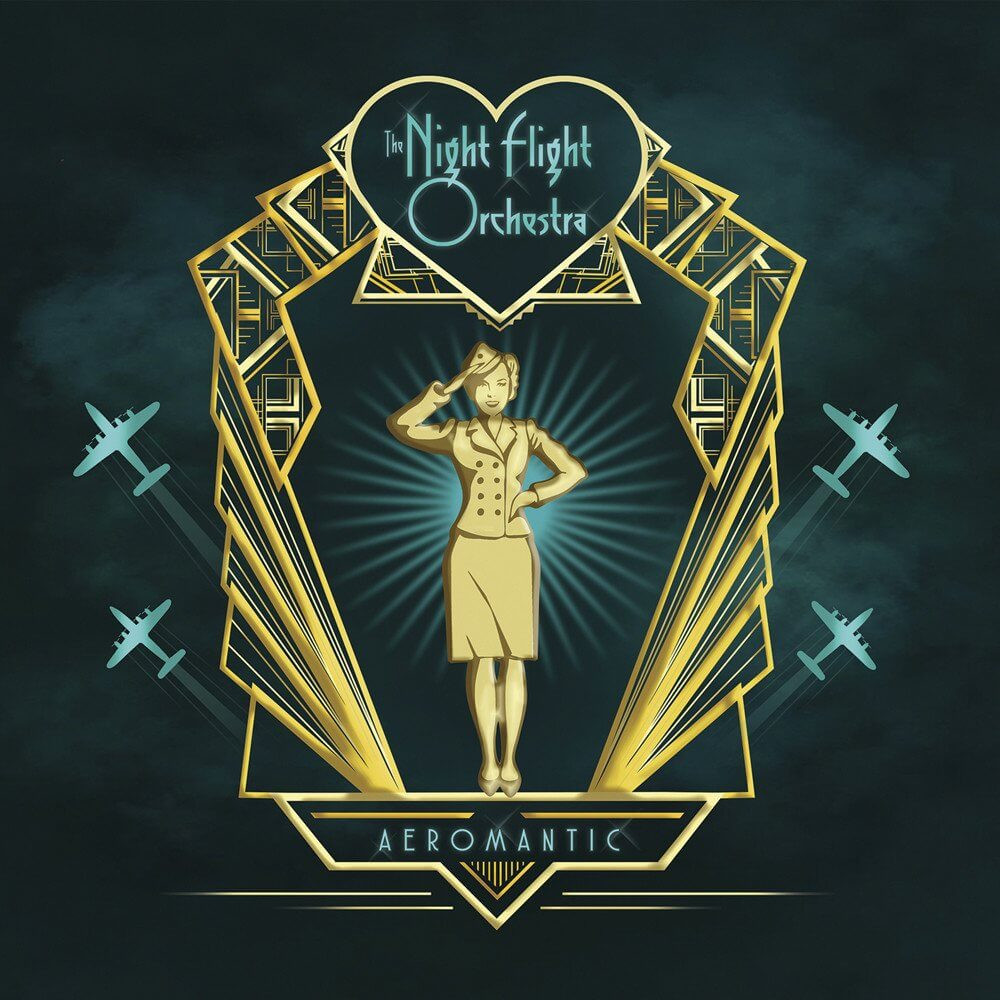 This sets up the album for the next song, “If Tonight Is Our Only Chance,” an anthemic power tune which could have been right at home on the Rocky IV soundtrack when he’s having his Lamborghini-fueled personal quandaries. “This Boy’s Last Summer” with its upbeat tempo and overall delivery never take the time to give us a memorable song, but rather usher us rapidly downstream to treats like “Curves,” which invokes percussion and heavy-handed keys in a Bill Conti fashion to give us something a bit more Rocky II, but the endearing vocals and fun Gilmour-meets-Knopfler guitar leads just give us an enjoyably eclectic track in all. For those who enjoyed the sensation of turning to Miami on the previous album will enjoy “Transmissions,” which should have “Talk to Me” in parentheses on the album jacket. The track has the same driving synth beats and soaring chorus that made “Miami” such a fun retro hit. The song requires a special mention for going past the “point of know return” with dazzling violin work courtesy of Miss Rachel Hall.

This sets us up properly for the titular portmanteau, “Aeromantic,” bursting with funky fresh 70s elements, a fusion of disco and funk, and yet when it’s time for the chorus, it is like a heavy metal Broadway musical in all its grandeur. It’s a comparably simple track, and yet it encapsulates the NFO essence quite well. The track “Taurus” is a cousin to “Boy’s Last Summer” in that it’s short, sweet, reasonably fun, but it is really just a vehicle conveying us to the much more substantive nigh-seven-minute “Carmencita Seven.” While the song is a romantic entreaty to a young lady fortunate enough to share a name with the first ever film starlet, its structure is sophisticated and indulgent. It may not be “Scenes from an Italian Restaurant,” (and certainly not scenes from a memory) the song changes up its structure and allows for a juicy guitar shred outro, leading into an atmospheric segue consisting of sitar and nylon guitar strings. This transition leads into “Sister Mercurial,” a straightforward synth-driven romp about a temperamental yet endearing lady, before bringing us to the finale of the album: “Dead of Winter.” This track singlehandedly saves the album from being a whimsical flight of fancy, and lets it end with something grandly bombastic, of an almost Styx variety. In the last two minutes, the band disables all the safeties and unleashes an almost prog crescendo, before a reprise draws the album to its conclusion.

While this album is very much another Night Flight Orchestra album, and not deviating radically from the formula, it does use this to its advantage to master this little niche genre they have created. The album flows marvelously well and serves as a shining example of why the album format remains relevant. Yes, the songs are good by themselves, but they were written such that they work so much better in sequence. The boys (and the Airline Annas) of the Night Flight Orchestra have produced another album for which they can be proud. It is fun, catchy, and continues to serve the brand they have created. It hits the streets in a couple of days, and you can snag it from your favorite online retailer, or directly from Nuclear Blast right here.

What a fun album. If you want something that is enjoyable, easy to listen to, and yet musically intelligent and well thought-out all at the same time, this is the rock album for you. Imagine if a modern prog metal band decided to do a fun retro album with all the catchiness of Hall and Oates. That still does not quite describe the Night Flight Orchestra, but you are getting closer to the idea. Don’t miss this one.