Truth that’s as heavy as a giant, lead feather.

Perhaps the greatest pitfall of the ascendency of any art form is that eventually the saturation of the style that tends to follow will cause many highly competent contributors to filter in and out with minimal notice, especially if their stomping ground was outside of the greatest spheres of influence. Such as the plight of Switzerland-based thrashers Poltergeist, who originally went by the moniker Carrion and made a solid, albeit modestly popular splash in the mid-80s with a brilliant emulation of primitive German speed metal in 1986’s “Evil Is There”, before unleashing two highly competent LPs and a somewhat understated mid-90s afterthought of an album before folding in 1994. If they were known for anything beyond their competent musical delivery, it was the brief tenure that lead vocalist Andre Grieder had with Destruction following Schmier’s ejection on the 1990 classic “Cracked Brain”, but this is something that may well come to be remedied given recent strides made by this outfit since their 2013 reformation.

In similar fashion to the major figures of the Brazilian, American and Teutonic thrash scenes of the 80s, and also several notable acts that were more minor yet moderately prolific during said era, this outfit has full embraced the tenets of modern thrash production and execution while still clinging to a semblance of the past on their 2020 crusher of an offering “Feather Of Truth”. The name itself could be taken as an ironic image given that the riff work and high-impact musicianship on display here is heavy enough to be more readily likened to a massive freight train plowing through nitro glycerin plant. The presentation isn’t quite as gritty and thunderous as the most recent offerings of Testament and Exodus, and bears more of a semblance to the somewhat smooth swagger yet biting aggression and blinding speed of Heathen’s “The Evolution Of Chaos” and Overkill’s “Ironbound”, chock full of massive gang chorus chime-ins and a slightly snarling yet mostly tuneful vocal display out of Grieder.

There is no beating around the proverbial bush to be found here, nor any introductory warm-ups or extended epic numbers to space out the auditory carnage, just a full on sonic assault that would turn any unsuspecting mosh pit into a slaughterhouse. The order of the day is a dozen well rounded, moderate length kill section of varying degrees of intensity, but each an exercise in getting things done in the most unsubtle way possible. Bruising cruisers like “Time At Hand”, “The Attention Trap” and “Megalomaniac” are prime cut, rapid forays into some of the most riff happy blurs to be offered up in recent memory, bearing some likeness to the frenetic character of new classics out of Overkill such as “Ironbound” and “Bring Me The Night”, but with a cleaner cut lead vocal display and a legion of backing voices that actually sound twisted enough to pass for what might be heard on a recent Sodom album. Along for the ride are equally formidable yet somewhat longer and more elaborate cookers like “Saturday Night’s Allright For Rockin” and more harmonically rich groove machines like “The Godz Of The Seven Rays” that showcase a fair degree of nuance within what is largely a monolithic approach. 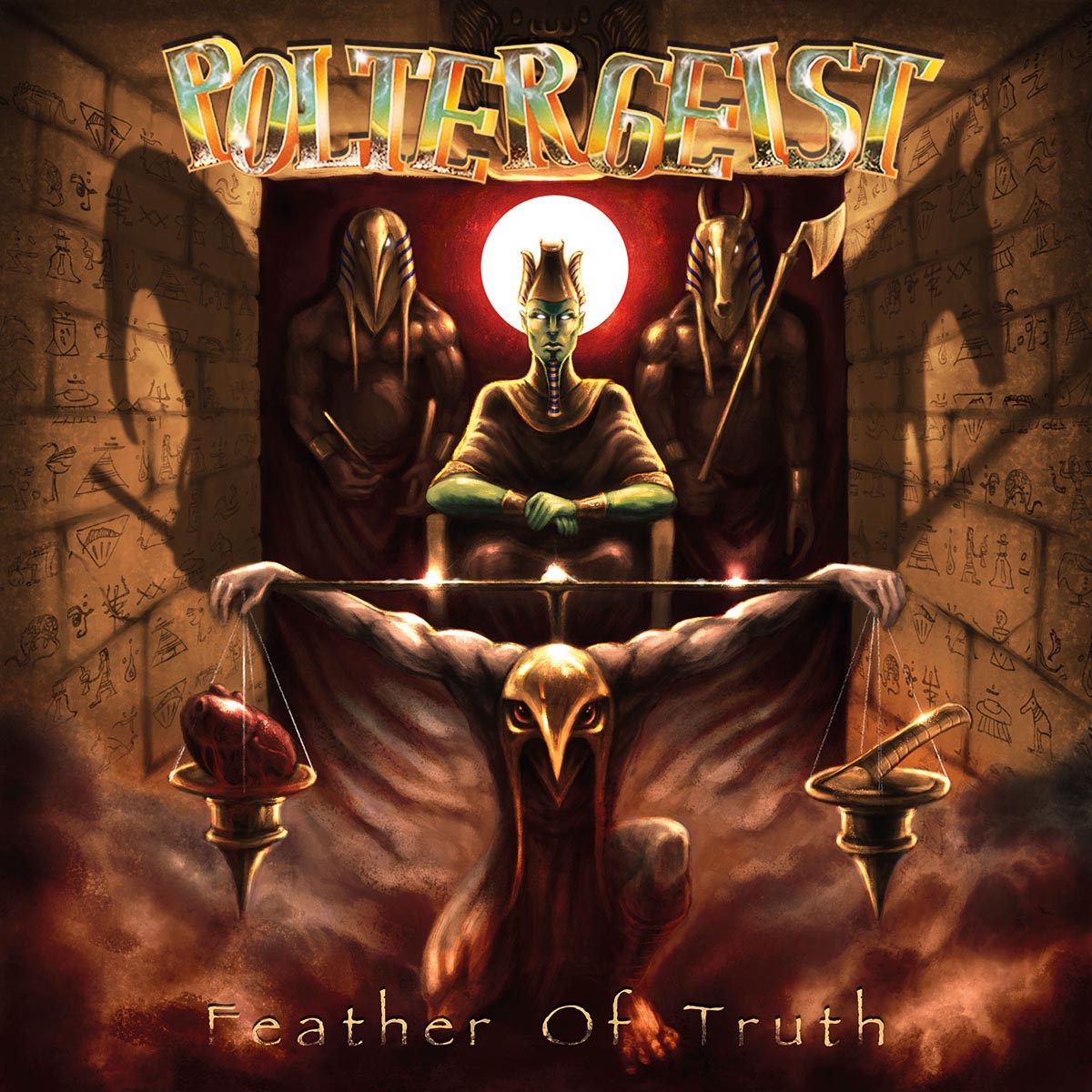 When really getting down to it, where this album truly brings home the goods is the twin guitar assault of co-founder/veteran V.O. Pulver and his relative newcomer of a counterpart Chasper Wanner. Between the battery of ferocious rhythm guitar punch and their unique respective approaches to lighting the fret board ablaze during the solo segments, a sense of cathartic rage ensues that provides a sort of duality between the intense modern thrashing demeanor of this album and its more traditional heavy metal roots. Part of this owes to Wanner’s more smooth, Iron Maiden-inspired soloing style, which cuts beautifully against Pulver’s more raging shred fests, and sees more mid-paced offerings like “Phantom Army” and mixed up, technical offerings like “Thin Blue Line” come off with a bit of a Megadeth meets Forbidden flavor that injects some variety into what is otherwise a straight shot of speed-based aggression. Truth be told, the rhythm section sees a fair bit of noodling at times too, leaving Grieder’s distinctive vocals as the most static element anchoring this in thrash metal traditionalism.

For a band that saw itself often passed over for a host of German acts from both the upper echelon of the Teutonic Big 4 (Sodom, Destruction, Kreator and Tankard), along with several 2nd-tier bands from the same scene like Assassin and Vendetta, Poltergeist may well have outclasses a bunch of them and solidified themselves as part of the veteran thrash elite with this newly minted modern classic. Regardless to whether one’s taste is towards the more melodic fringes of the old New York sound or the murky extremes of the German and Brazilian scenes, this is an album to hear, and while it tends a tad more towards the former in terms of overall demeanor, there is enough raw venom packed into some of the faster fair on here to even sate those who think that Destruction is the softer end of the thrash spectrum. The title may reference a feather of truth, but the sonic reality resting just behind the album art is something more akin to an anvil of facts or a bulldozer of reality.

One of the forgotten and unsung heroes of the golden age of thrash lays down a metric ton of high-impact, modern thrashing brilliance on their second studio outing since their mid-2010s reformation