Frontiers Records is at it again. For those unfamiliar, the Italian label has a long history of not only signing and releasing many American rock acts that have been left by the wayside by their former record labels, but also arranging studio projects between individuals who might never otherwise work together.

Back in the day, critics developed a nonsensical label called “corporate rock,” which was supposedly a derogatory term to call an act soulless and contrived because there was some sort of planning involved in putting the act together. Often that label was put on bands that never deserved it (Styx and Foreigner come immediately to mind). So the same label could certainly be thrown at some releases where Frontiers president Serafino Perugino has assembled an otherwise unlikely team to play together. Such seems to be the case with Nordic Union, which pairs the Danish band Pretty Maids’ lead singer Ronnie Atkins with Swedish songwriter and guitar player Erik Martsen of Eclipse and W.E.T. It’s a bit of collision between seasoned singing and youthful writing and playing in a style of music that seems to be embraced overseas more than in America.

On this side of the pond, neither of those names are well known, but whether this act was orchestrated or the players are famous is irrelevant. What matters is the music. And if you like your rock instantly catchy, with a tone-rich electric guitar that balances melody with mass, this may be right up your alley.

Let’s start with the songs. Make no mistake, they are melodic rock with an edge. They aren’t full of twist and turns, odd time signatures or complicated strings of notes. They are, however, instantly accessible, memorable and fun to hear on first spin. The record opens with “My Fear and My Faith,” and Martsen delivers a really great heavy guitar tone and well-timed drags of the pick down the strings for a familiar rock sound that never gets old to this listener.

There is a slight Jorn vibe to the record right out of the gates, but it’s not Lande on vocals. Being unfamiliar with the previous work of Ronnie Atkins, I can only evaluate how it stands up on this release, and while Atkins’ voice sounds like it may have a lot of mileage on it (Pretty Maids has released 15 albums since 1984), he proves there’s still plenty of gas left in the tank and delivers a spirited performance that’s free of a distracting accent or obvious limits. I am slightly reminded of Pendragon’s Nick Barrett (but with better range) and Saxon’s Biff Byford but Atkins’ has his own unique timbre. The second song, “Because of Us,” is a good representation of Martsen’s strong songwriting and guitar playing merged with Atkins’ vocals. 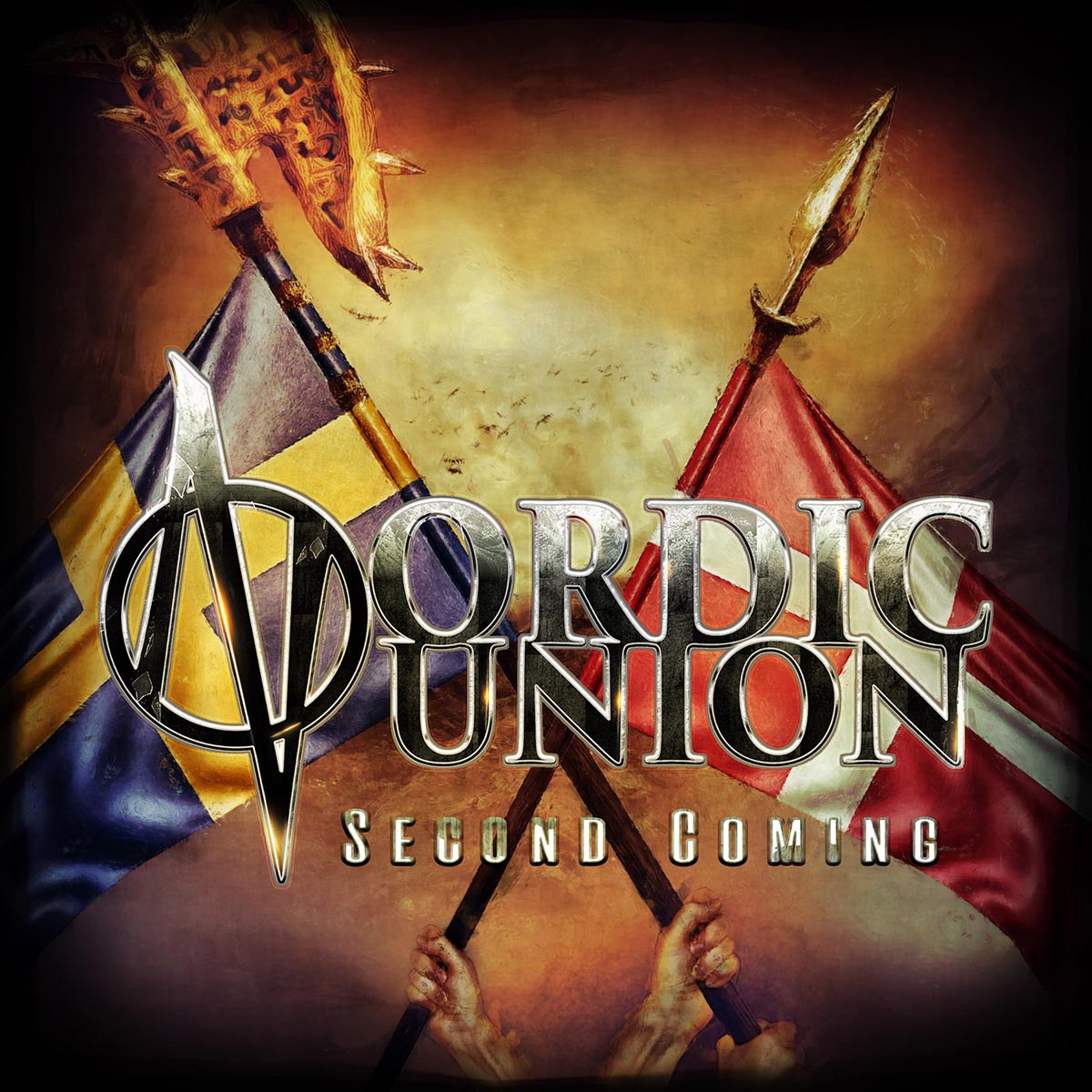 “It Burns” is pretty easy to grasp musically, but the video and lyrics stir up some anti-American sentiments that are likely to be less well received by a Western audience than those in Scandinavia. Do politics belong in music? That’s a question that will never be settled, so depending on which side of the fence you reside, this track might be perceived as either brave or brazen. There are better moments on the record, including the next song, “Walk Me Through the Fire,” which has a familiar “woah-oo-woah” layered vocal opening and more crunchy guitar playing that sits easy on the ear immediately. The instrumental break and solo on this track is tasty, reminding me a bit of Toto’s classic “Goodby Girl” riff in the middle. Only time will tell whether these highly melodic songs turn out to be more substantive than cotton candy but they certainly have an instant appeal.

“New Life Begins” is a ballad that still has some balls, which is a point to be made about this record. Many melodic rock releases are varnished too smoothly to retain an edge, which makes them end up being boring, schmaltzy or even embarrassingly tame. Not this collection. Martsen’s playing has tasteful chunk, and the production is energetic and slightly retro but only with respect to a return to the days when rock records rocked.

“The Final War” cranks up the rock again with a simple but effective guitar riff that builds into a strong and tasteful solo and fist pumping anthem feel that you can easily envision a sea of fists pumping in the air. “Breathtaking” slows the pace but stays interesting with a hooky chorus. “Rock’s Still Rolling” is a bit heavier with a Whitesnake “Still of the Night”-like bass line in the verses that is stronger than the chorus’ payoff. “Die Together” is another power ballad that has a more victorious and happy feel to it and a short but tasteful solo. “The Best Thing I Never Had” leans heavier without being dark and “Outrun You” wraps things up with another safe but satisfying rock track.

There is a certain degree of sameness to the songs that is either a blessing or curse, depending on how much you like the sound of Atkins and Martsen, and I suspect it might make the shelf life even less than a record that requires some focused listening to comprehend. Like a box of Saturday morning cereal, this one tastes good right away, so long as you don’t go back for three more bowls right away.

Is it groundbreaking? Unpredictable? Challenging. No, no and no. But does it have to be in order to be enjoyed? I submit one more no. For those looking for solid melodic rock songs, good sounding drums, tasteful guitar playing and catchy choruses, this collection of 11 solid tracks delivers a satisfying snack for those who enjoy European melodic rock.

One of the better assembled pairings by Frontiers Records President Serafino Perugino that is a consistent but catchy collection of melodic rock songs, pairing a unique voice with solid songwriting and guitar playing. It hits the sweet spot for those who enjoy a bit of edge without sacrificing the safety of the melodic rock genre