We got those Mississippi blues.

The rise and fall of musical trends could be likened to the tides of a mighty ocean, with certain ascendant styles being represented as waves crashing upon the beach that is the audience. Though each wave contains its own unique characteristics, including but not limited to how tall they are at their point of cresting and the time their aftermath lingers before being drawn back into the ocean, the lunar cycle will inevitably bring in a similar pattern of tidal events. The peculiar case of southern rock, some trace the original crest point to the mid-70s with the release of The Allman Brothers Band’s fifth studio album “Brothers And Sisters,” which saw an increased energy injected into the style that was reflected in subsequent albums by fellow travelers Lynard Skynard, Molly Hatchet, The Marshall Tucker Band, and many others. Though this era of the style is the one most fondly remembered and frequently imitated, it was also noted for its substantial break with its earlier, blues-based roots.

Subsequent revivals of the style that have occurred in the 1990s and afterward have occasionally hinted at delving a bit further into the primordial blues rock sound that preceded the aforementioned 1973 game-changer album. However, it has been more the exception that a band opts to fully immerse themselves in the archaic sounds and almost mystical character surrounding the original blues craze, but a younger act out of Mississippi dubbed Magnolia Bayou have been doing just that for the past few years. Per some press surrounding their 2018 eponymous debut, theirs is a sound steeped in the voodoo and folklore around the area of the New Orleans-based studio where it was recorded, showcasing flourishes of southern, psychedelic, funk and blues-based rock. With a number of live appearances with such prominent acts as Black Stone Cherry, The Banditos, Eli Young Band and several others, a follow up was naturally in the cards.

Relative to their previous studio outing, 2020’s “Strange Place” features a band that has settled into a more focused and specialized place, musically speaking. The bluesy character of each of these songs oozes from each riff and sung syllable, painted over with a heavy rocking character that’s about as hard-hitting as what Led Zeppelin might have accomplished had they formed in 2018 instead of 1968. The vocal work is possessed of a high end swagger that could almost be mistaken for Robert Plant during the peak of his career, save for the prominent Mississippi accent and a slightly huskier timbre. The six-string magic that tends to dominate the surrounding arrangement has highly versatile character, transitioning from a pounding, distorted groove to a lighter, funkier character seamlessly, and also running through the gamut of blues, rock and country approaches during the frequent solo breaks, often opting for a brilliant slide guitar display to trade blows with the more conventional rocking faire. 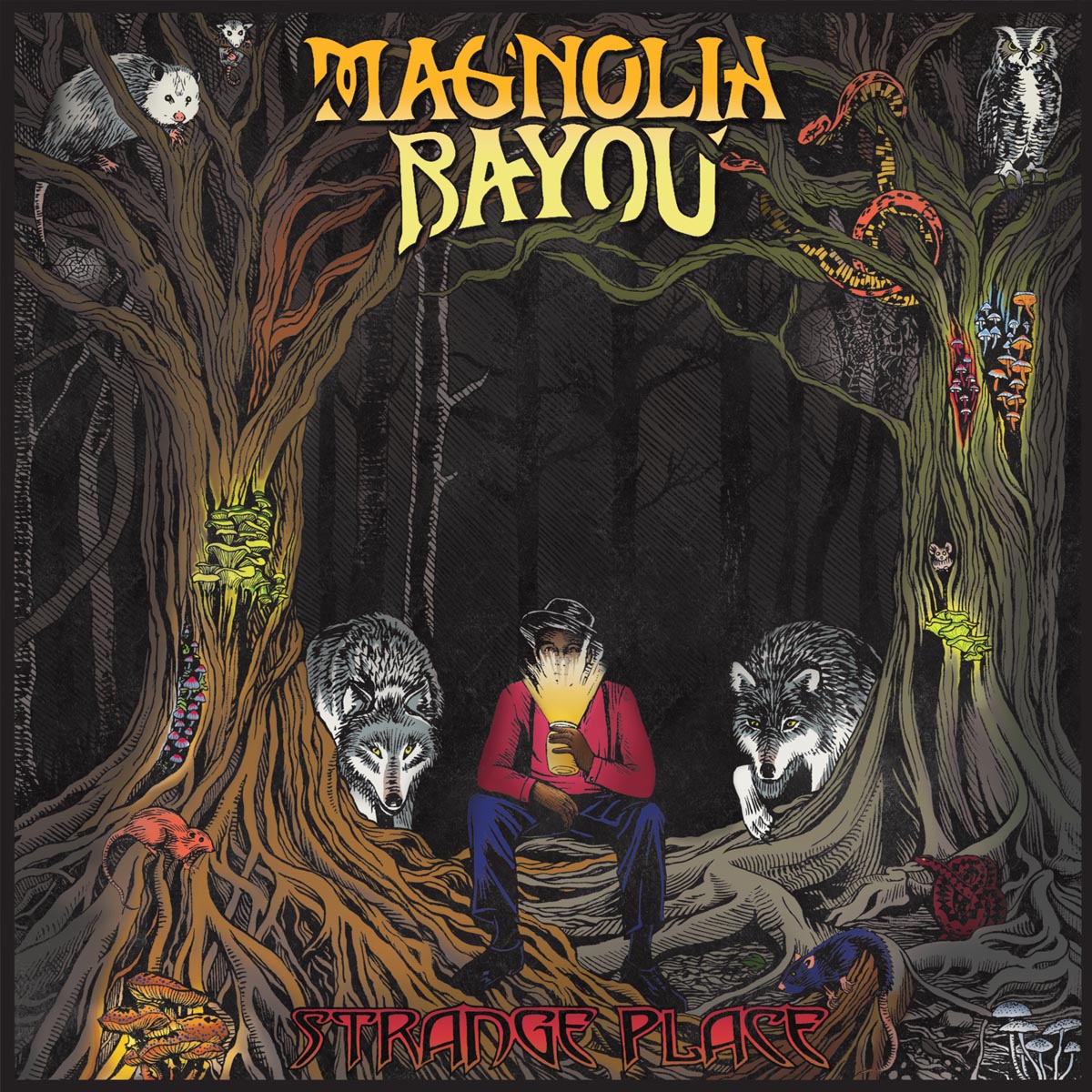 While this album is more of an exercise in stylistic consistency relative to the preceding debut, it does a more than ample job of displaying a wide array of emotions and contrasting narratives. Punchy rocking anthems like “Dig Deep” and “Hands In The Dirt” display the band’s heavier inclinations with a solid, working class feel that would easily win over those old school Lynard Skynard fans. On the other hand, the lazy blues flavor and organ-steeped “Sleeping In The Dog House” has more of whimsical character, ditto the slide-guitar dominated turned gospel anthem “Preachin’ Blues”, which might come off as overtly comical to those not immersed in this style, but brings home that soulful energy like it’s going out of style. More subdued and serious offerings like “Hurricane” and “Sweet Magnolia” bring in more of a jazzy mode of balladry, while the country-tinged rocker “The Robber” opts for the vivid storytelling of a robbery gone wrong with blaring harmonica and guitar sounds reminiscent of a choir of police sirens.

Nostalgia hounds and newcomers with a taste for the sounds of yesteryear will definitely want to give this quartet’s music some love, and speaking as someone who is only an occasional consumer of this older school mode of rocking (my version normally comes with the name Black Sabbath or Danzig on the cover), this is a highly intricate and polished opus in a style that is normally known for its simplified and straightforward character. There is an authenticity on display here that translates into total artistic credibility, and the songwriting does an apt job in focusing a style known for its spontaneity into eleven refined and memorable anthems, all the while maintaining that loose character that the blues demand. It’s a bit too heavy for B.B. King, it’s a bit lighter than the noise-war driven stuff that dominates the mainstream rock world at present, but the middle ground it occupies encompasses enough old and new to appeal to rock fans of just about any age.

Emerging from the threshold of the Mississippi bayou, a quartet of blues-based revivalists give a second go at bringing back the glory days of southern rock with a keen eye to the greats of the 60s and 70s.