In case you are unfamiliar, High Priestess is a psychedelic doom trio from Los Angeles convoking crushing riffs drenched with lush harmonies and hypnotic eastern themes. Formed in 2016 by Mariana Fiel on bass and vocals, she recruited Katie Gilchrest on guitar and vocals and Megan Mullins on drums through an online ad. Since then, they have created a sound that echoes both past and future incarnations of doom and psychedelia.

With the release of their sophomore full-length album, it’s becoming clearer that the trio is embracing plethora of different elements from the sonic spectrum. The guitar tone, by Katie Gilchrest, on “Casting the Circle” is still ferocious and the atmosphere is gloomy arcane, but the group’s more pastel influences are even more notable than they already were. This growth feels organic and results in High Priestess’ strongest release.

Although their previous, self-titled album, showed plenty of influences ranging from blues rock, folk, and psychedelia, “Casting the Circle” proudly displays these elements in a more direct ‘60s, ‘70s rock throwback style. Much of the record’s nature is still obtained from vocals, shared by Gilchrest, Fiel and Mullins, who deliver enthralling performances. One can easily hear the organs gradually winning superiority over the rest of instrumentation. In response, the guitars are based more on feelings than downright riffs and the drums on songs like “Erebus” and impressive 17-minute behemoth “Invocation” which manifest pounding motifs that simulate the energy of groups like Black Sabbath and much obscure Stray.

This old-school rock style is arguably wasted at this point, but thankfully High Priestess display as much diversity in their songwriting as the old masters. The opening title track starts things off on an eerie, spellbinding and almost ritualistic note, but things get really interesting when subsequent “Erebus” shows up with an early Sabbath and the eastern aesthetic. “The Hourglass” appears straight out of the heavy psych rock manuscript. Elsewhere, it may sound cliche that the already mentioned “Invocation” is the album’s strongest track and the centerpiece, but it should be no surprise. High Priestess constantly mingle between tempos and 17-minute runtime are enough to already make it a burdensome listen for some, but this jam never gets tedious as the pacing is just right. It takes an extra listen or two to comprehend it, but it’s a pretty memorable track nevertheless. 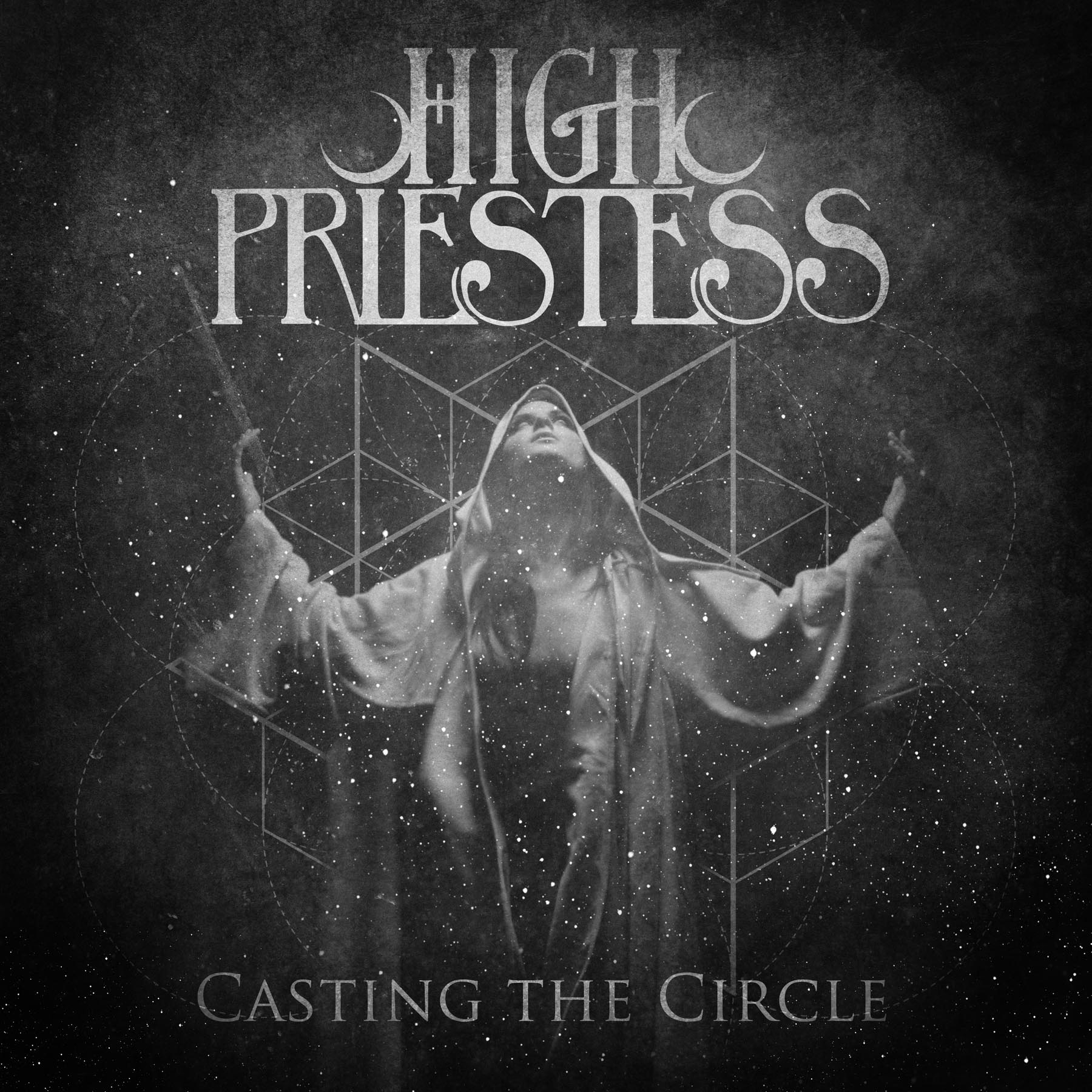 For starters, “Casting the Circle” can be examined as a blend of good ol’ epic doom metal with classic rock influences and diversified referrals, from the psychedelic music of the late ‘60s to Sir Lord Baltimore. A volatile composite which is scoped and generated with the backing of the traditional doom. And what would doom be without riffs? Gilchrest knows that all too well, and she delivers her best. The result of this chemistry between the three members is magnificent. Heavier than an obelisk, the guitar wipes out everything in its way. The thickness that comes out of this fuzziness is crushingly flawless. The riffs are the size of a mammoth. The solos on the other side are melodic and throbbing.

The closing song “Ave Satanas” is the cherry on the cake here—a hauntingly beautiful chant that relies on the atmosphere of the voice, and works well as the album’s swansong, embarking on a journey through nothingness. This is a piece where it becomes clear that High Priestess were going for an approach where emotion comes before anything else.

Overall, “Casting the Circle” sees High Priestess discharging most of their metal roots while also fortifying their position as one of the most distinctive bands on the retro rock scene. There was already enough weight on their debut album, but this endeavor really sees the trio step up in technical proficiency, sentiment, and stylistic diversity. “Casting the Circle” was supposed to be good, but it’s invigorating to see just how awe-inspiring it turned out to be.