Follow The Cipher is the project of guitarist Ken Kängström with the intention to be different from everything else in the music scene. The idea had been kicking around in his head for years, but the catalyst to finally put his thoughts into action was the result of a long time collaboration with the internationally acclaimed metal band Sabaton, and Ken even co-wrote and co-produced some well-known Sabaton songs with Joakim Brodén, such as the anthem “Carolus Rex”. It was this track which got the ball rolling for Ken: “I think the song sparked the first inspiration in me – in particular, it was responsible for me starting to trust my own abilities and judgment,” Ken reflects. “When me and Joakim wrote this track, I felt deep inside that it was time to put my plans with Follow The Cipher into action.” Therefore, the band has also included a version of this important track, ‘Carolus Rex’, on their debut album.

Ken may have intended his band to stick out from the rest of the crowd however one of the things, other than simply “originality”, that is most important about an upcoming band is enthusiasm. Eagerness can be very infectious to the listener, as well as lack thereof. Throughout the entire record it is apparent that Follow The Cipher are not only striving to be somewhat different from most bands in the metal scene, but they are enjoying every second of it, rather than sounding as if they are just going through the motions so to speak, a sentiment that pairs perfectly with their notoriously extravagant outfits and impressive live shows. Each track is an absolute pulse pounder with heavy guitar riffs, electronic themed keyboard melodies and powerful and characteristic vocals, the entire album is a total thrill ride from start to finish. The band’s diversity ranges from symphonic moments to a sinister post-apocalyptic, modern atmosphere. “I consider our music as both visual and cinematic,” says Ken. “The sound is large-scaled and multi-layered – each element plays an important role within the overall concept. You can listen to our music in two different ways; either by focusing on the individual, versatile elements like the keyboard melodies or Linda’s powerful voice, or you can indulge in the whole package.” 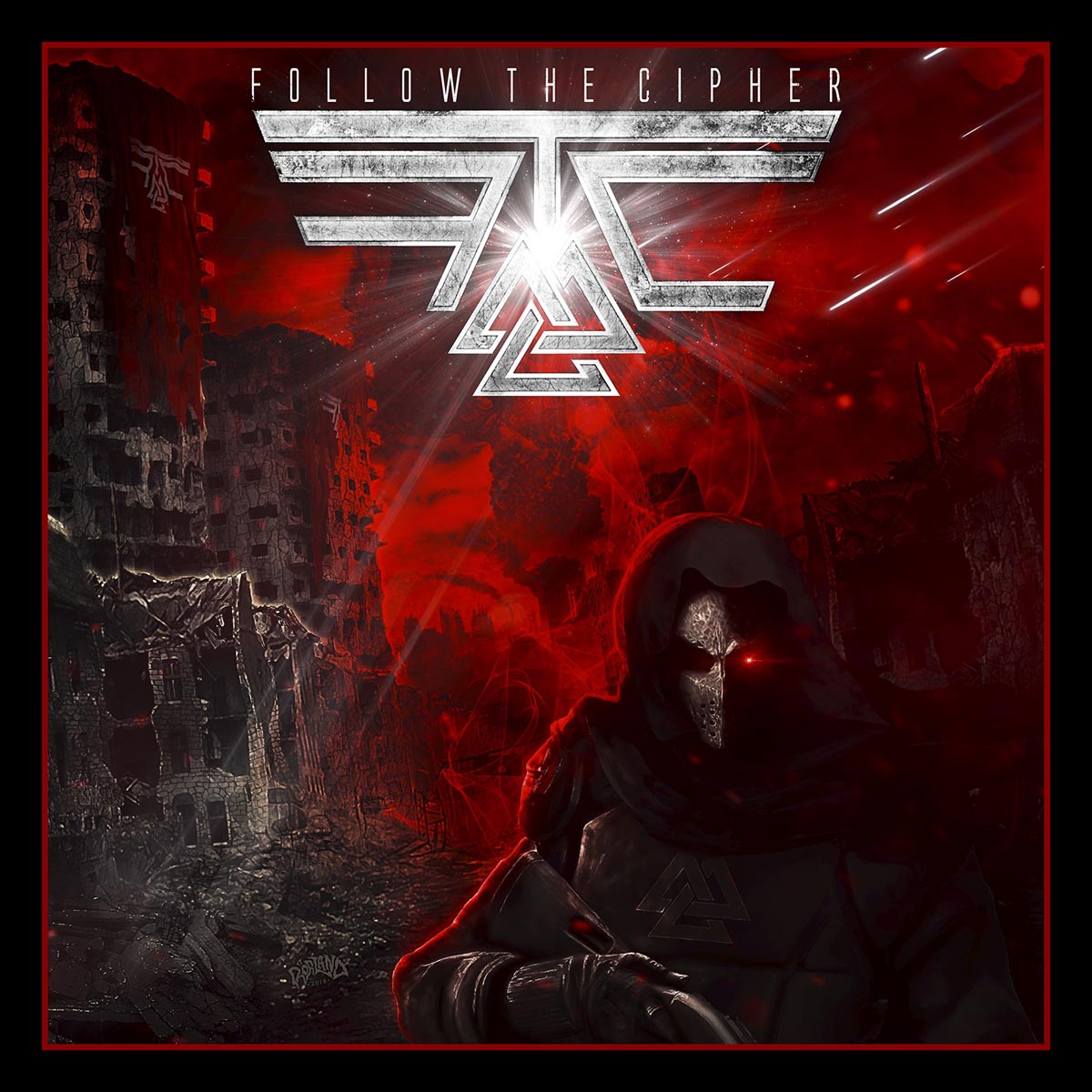 One surprising element in their musical concept is the seldom use of guitar and/or keyboard solos. While both instruments certainly have a large presence on the record, it’s clear that the main intention was to create a cohesive album. The album opens with the title track “Enter The Cipher” beginning with an  ambient keyboard melody followed by change off vocals between Linda Toni Grahn and one of the other guys (I’m not exactly sure who provides the lead male vocals, as guitarists Ken, Viktor Carlsson and bassist Jonas Asplind all have vocal credits). Not precisely one of the heavier tracks on the album as it is mostly very vocal driven with an emphasis on catchy lyrics. Next up, we have “Valkyria” which really starts to pick up the pace. Right off the bat, we get some heavy riffs accompanied with electronic keyboards. Both singers are on this track as well but sing together, complimenting each other, instead of just switching places at the mic. The next couple of songs follow this same formula, which certainly keeps things consistent. “The Rising” is definitely one of the more powerful tracks on the album, all the bells and whistles are still here from the previous songs but Linda has a much more aggressive tone in her voice throughout the track especially during the chorus. Mixing an aggressive tone while also managing to hit those high notes shows just how talented a singer Linda truly is.

Every track is constructed using a similar recipe, which admittedly gets a bit repetitive, yet on the positive side the songs are very well crafted and never lose their catchiness. If you are looking for a heavy album packed with blazing guitar and keyboard solos, you may want to try your luck elsewhere. Nevertheless, for those who appreciate the more simplistic song compositions with an emphasis on upfront and powerful vocals there should be something here to satisfy your tastes.

Production is top notch, the music is driven by great hooks and a clear-cut execution. Definitely, a fun listen but the lack of diverse songwriting really holds the album back. While the songs on the album are great and full of energy, it can feel very repetitive.