I’m only moderately familiar with Eric Gillette’s work as lead guitarist and singer for The Neal Morse Band. Consequently, I had no idea what to expect when I was asked to review his instrumental, orchestral solo EP entitled “A New Day.” I immediately agreed because I was overwhelmed by curiosity, and I’m so pleased I did.  After a bit of retroactive exploration I realized that “A New Day” follows the path and style of Eric‘s 2019’s “Winter Solstice” EP. This collection of songs proves that Gillette cannot be bounded to the confines of the band he’s a member of, but has a lot more to share with the world, arguably more than even the prog-rock universe can perceive at this point.

Clocking in at just over 23 minutes (with bonus track), “A New Day” is essentially an instrumental concept album, tracking the course of an entire day. We begin in the logical spot, with “Sunrise,” which slowly builds layers of warm atmosphere and delicate crescendo for 3 lovely minutes until its sudden ending. “Bloom” follows, and even when the subjacent melodies of the predecessor track remain in the background, the gentle keyboard adds a subtle touch of immediacy, continuing the feeling of being just the beginning of the day. After the first half of the song fades unexpectedly, some horns come in announcing the flower has bloomed along with the sunrise, and the imposing harmonies build up, to quickly descend gracefully over some piano lines wrapped with a gorgeous violin. The song lingers around before seguing up as an intro to the next track. It’s really kind of an evolving track.

Title track “A New Day” is more what I had initially expect from this album:  Gillette show cases his guitar dexterity over a four on the flour rhythm section, sparkled with Celtic nuances.  It’s the most upbeat the EP gets, in a joyful celebration of the new day that has dawned.  Then comes the “Sunset” an outro both literally and figuratively, which has interesting similarities to “Sunrise” but in reverse, and wouldn’t be misplaced in a Vangelis‘ album. 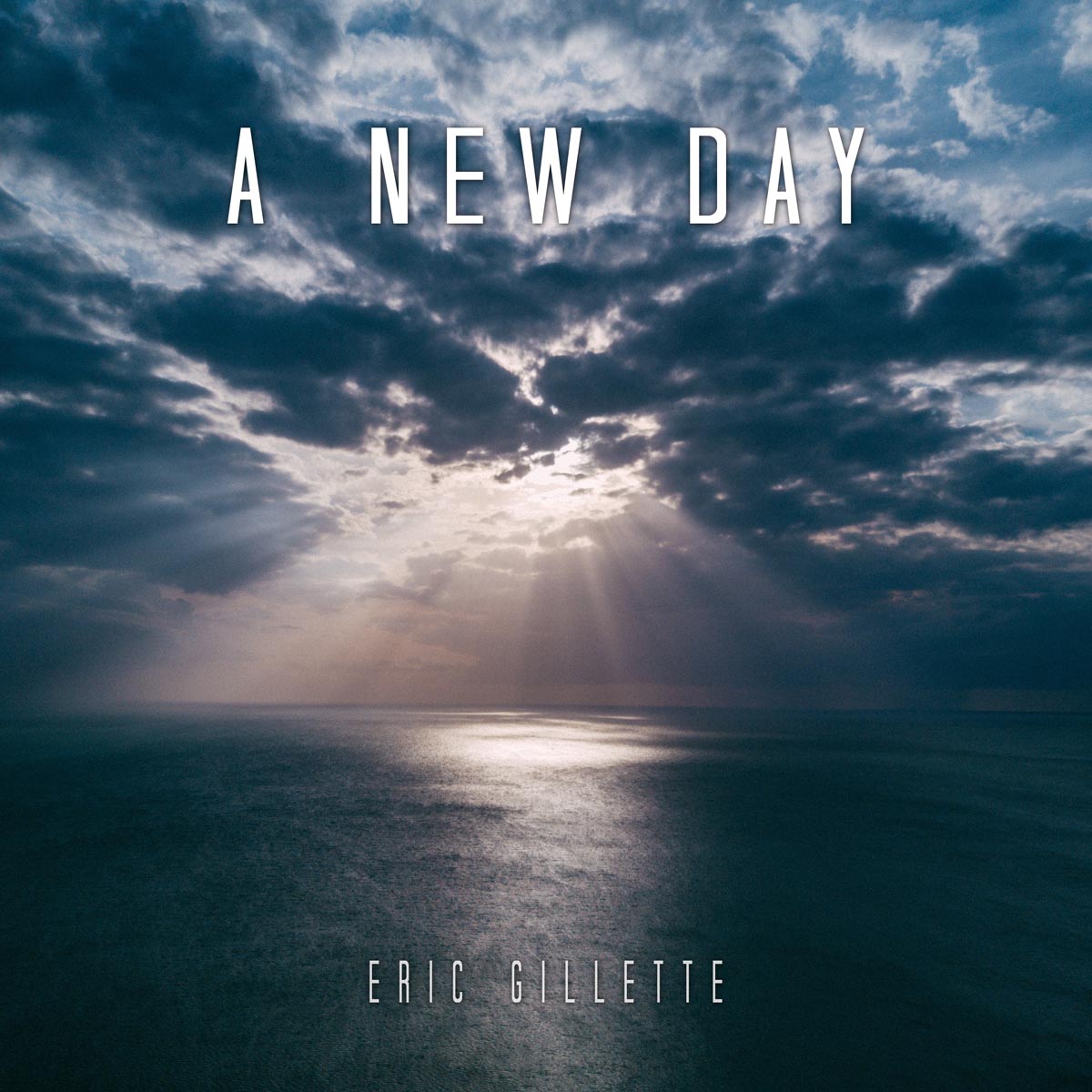 After the sunset, enters the night. “Dusk” and “Midnight” are both wonderfully ominous and creepy.  It is clear that we have reached the time when the terrors come out. However, in between those tracks is “Moonlight,” a bit brightness and hope in the midst of the darkness as angelic strings interplay with ethereal keys.

Lastly comes the bonus track “Endless Cycle” to really drive the metaphor home. I am a sucker for solo piano, and Eric simply put slays when caressing the keys of a Hamilton upright piano. In one song and just the one instrument, Gillette travels through bits of every other part of the day.  There’s hope, foreboding, ending, and rebirth; the entire cycle in a song.  Even if you’re not a fan of orchestrations, this track and the title track are strong enough to deserve a place in any prog-rock friendly library.

“A New Day” is a bit short, as almost all EPs are, but I have good news for you. Just press play again, and a whole new day will dawn. It turns out there’s always something bright on the horizon.

All instrumentation by Eric Gillette

Multi-instrumentalist prog-rocker Eric Gillette has produced an orchestral testimony to the coming of the sunrise. “A New Day” is soaring and full of hope; something the world needs right now