When the grunge hurricane hit the music business in the early 90’s, this meant the nemesis for many hard rock bands – some already established, others still looking for their big break. For some reason, all of a sudden fans were required to pick a side: you were either considered a dinosaur for still following bands like Iron Maiden, Whitesnake, Heart and Van Halen, or were thought as a cool guy for admiring the pajama-wearing, downward-looking, permanently depressed grunge acts. Quite a few hard rock artists at the time went dormant for a few years. A good number of them resurfaced when it became fashionable and “acceptable” again to like a more elaborate type of sound, while others were completely extinct.

There are, however, honorable exceptions to the rule in the paragraph above. A group of bands for some reason got the green light from both camps, and managed to appease to either side: back then they were put under the ever-expansive umbrella of “alternative” rock bands, or as they were denominated in North America, college radio bands. For me, as a kid growing up in Brazil, that was the time when MTV still played music, and these types of bands were featured in programs that showcased alternative artists, as well as in the local version of the Headbanger’s Ball. A couple of names I remember falling into that category: The Cult, New Model Army, Hüsker Dü and the subject of this review, Danish rockers D-A-D.

Coming from Copenhagen, Denmark, D-A-D released their debut album in 1986, and since then they have been through lineup changes, different trends dominating the business, being cool one minute and uncool on the next, and have survived through thick and thin. Their last studio album was released in the now distant 2011, but they remained active all those years and are now back with a new offering, entitled A Prayer for the Loud. Battered, bruised, wrinkled and rusty, but still rocking, on the new album D-A-D showcases their traditional and stripped bare rock and roll, which effortlessly transports you to a dusty old bar in a Wim Wenders movie.

The band’s approach when it was time to record the A Prayer for the Loud consisted of a few mission statements: number one, focus on what the essence of the band should be, not caving to the desire to pursuit explorations. Number two, writing as many songs as possible in a period of three years, and narrow down to the strongest ones of the bunch. And number three, being meticulous about writing strong choruses and melodies. If that seems easier said than done, that’s because it actually is. It took them years to concoct the new album, but what the band has accomplished with the help of longtime collaborators Nick Foss and Rune Nissen Petersen is most definitely worthy of praise.

“Burning Stars”, the first song off the new album, is by all means classic D-A-D: in-your-face rock and roll, heavy guitars, infectious chorus and clever lyrics that ask the listener how many lives would it take to fulfill one’s dreams. It is followed by the title track, which almost instantly became a favorite of this reviewer – a slow burn type of song, which all of a sudden explodes with a monstrous chorus, with Jesper Binzer’s whiskey-soaked, a-pack-of-Marlboros-per-day voice shining through the speakers. 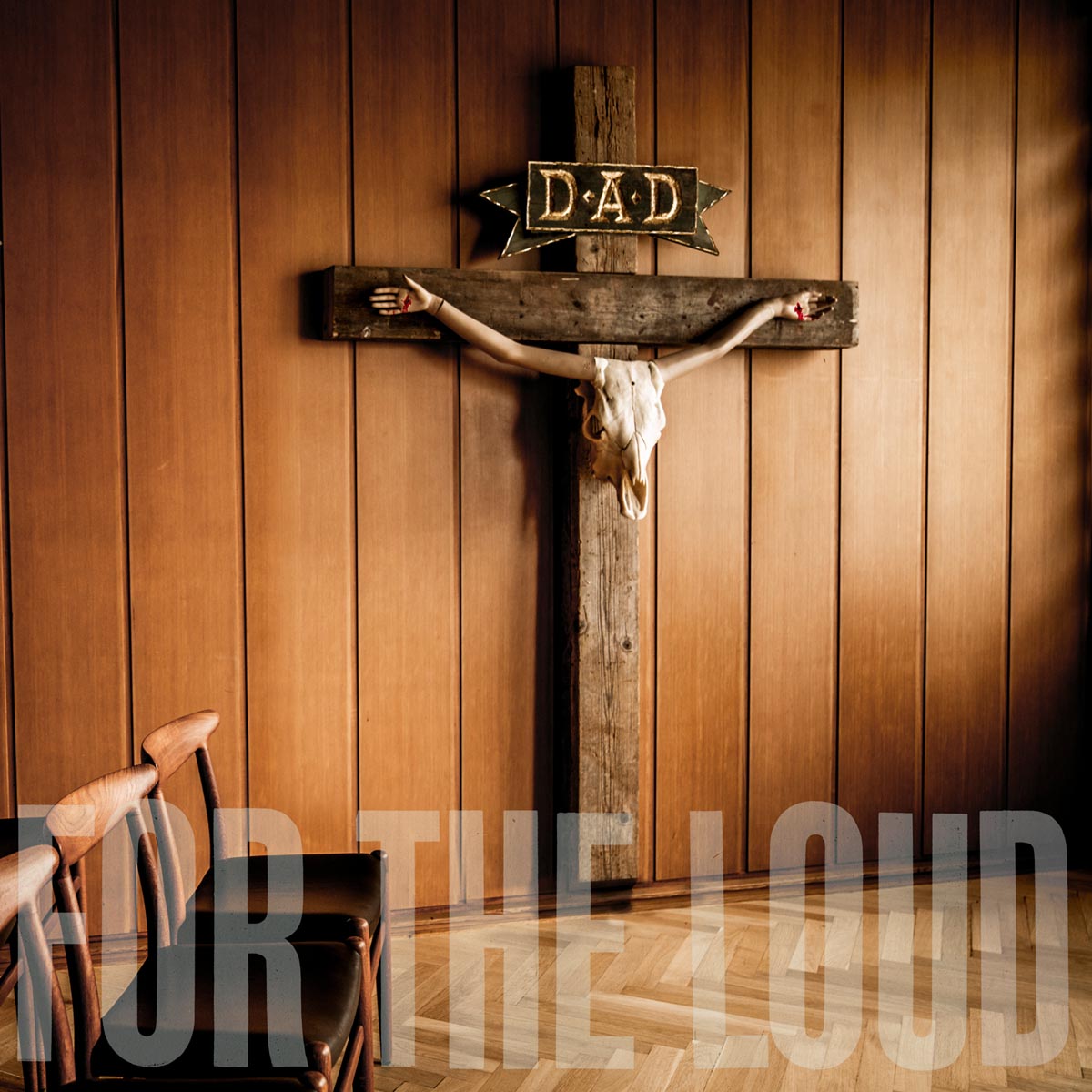 “A Prayer For The Loud” Album Artwork

The fact that they chose to stay close to the band’s DNA is even more evident on “The Sky is Made of Blues” and “The Real Me”, two anthemic numbers with open chords which echo one of their biggest hits, “Sleeping My Day Away”. Coming up next is “A Drug for the Heart”, a perfect song for you to convince your girlfriend of how cool this band is. But there’s also time for a little experimentation: on “Musical Chairs”, the band sounds like a bastard son of AC/DC and Guns n Roses who is now an angry teenager full of steroids and other illicit drugs.

We are transported back to the fast lane on “Happy Days in Hell”, a track that wouldn’t sound out of place on an Aerosmith album with a slightly different arrangement – and by that I mean Pump, Permanent Vacation or the underrated Done with Mirrors, and not Just Push Play. Evidenced here is Jacob Binzer’s unique tone, pristine and gritty at the same time. With the solid backbone of Stig Petersen (bass) and Laust Sonne (drums), D-A-D’s identity is complete.

Intentionally or not, the best is saved for last in this release: in stark contrast with the fast pace with which the album started, “If the World Just” is a poignant and beautiful power ballad which avoids the common rock cliches, with a stellar delivery by Jesper and a great guitar solo towards the end. It’s been a long time coming, but the wait has been well worth it! In a time when the charts are marred by sampled beats, auto-tune and an absolute absence of guitars, one has to admire bands that sound so organic, ferocious and true to their roots.

As a music reviewer, one of the biggest perks is to become aware once again of bands that fell of your radar a long time ago, and that was my case with D-A-D. Honestly, the last of their albums I had listened to was 2005’s Scare Yourself, and over time I moved on to other types of music. Hearing them now on this new effort felt like meeting an old pal, reminiscing about the past and rekindling our friendship. All in all, A Prayer for the Loud is a worthy and long overdue addition to an already stellar catalog. If you missed them until now, this is a hell of a time to catch up!

“A Prayer For The Loud” Track-Listing:

With an equally slick and gritty production, “A Prayer for the Loud” sees D-A-D sticking to their guns and betting on what they can do best: uncompromising rock and roll with plenty of swagger, anthemic choruses and loud riffs. Put this album on, close your eyes and get ready to smell leather, whiskey and gasoline!