Two phenomena are growing increasingly rare in today’s music scene; the release of double albums, and the release of live albums. With a title more than appropriate for the band in question, “I’m Alive” is an ambitious reminder of Cirith Ungol’s triumphant return from the dead, and gives long-waiting fans a double live album to commemorate their homecoming. Having risen from the grave to play live music for fans across the world, it is also fitting that the latest content from Cirith Ungol is a celebration not just of their music, but of the crowds that called them back into the spotlight after nearly three decades of silence.

With their discography beginning in the 1970s, Cirith Ungol released their last studio album in 1991, after which they disbanded. But fans around the world never forgot them, and kept the heartbeat of a ghost alive in whispers and in pleas for a grand resurrection. In 2016, that underground rumbling was enough to rouse the remaining members from the shadows, and coaxed them back on stage for a performance that was the result of hopeful decades. Despite the fact that co-founding guitarist Jerry Fogle died in 1998, the group found fitting replacements to keep the magic alive for their triumphant return, and made their live debut in 2016 in their hometown of Ventura, California.

Since then, the band has been actively touring, including prestigious the prestigious Bang Your Head festival in Germany, though they have also played to crowds in Greece and the United States. “I’m Alive” showcases the band’s full set at Up the Hammers festival in Greece, along with their performance at Hammers of Doom in Germany. Front to back, the album alone is comprised of a stunning twenty two tracks.

“I’m Alive” encapsulates everything a live album should be, capturing the organic nature of a band’s on-stage banter, and enhancing tracks with the excitement of the crowd. The backdrop of screams and cheers gives a dynamic depth to the music,with the clapping of hands echoing behind the chorus invigorating well-loved melodies. While interludes between songs allow for the clamoring of the audience to become most audible, the raw energy of the band takes the majority of each track’s bandwidth. Without a doubt, “I’m Alive” shows that the musicians of Cirith Ungol know how to bring their all to a live performance, though at times they sound nearly reserved as they play. 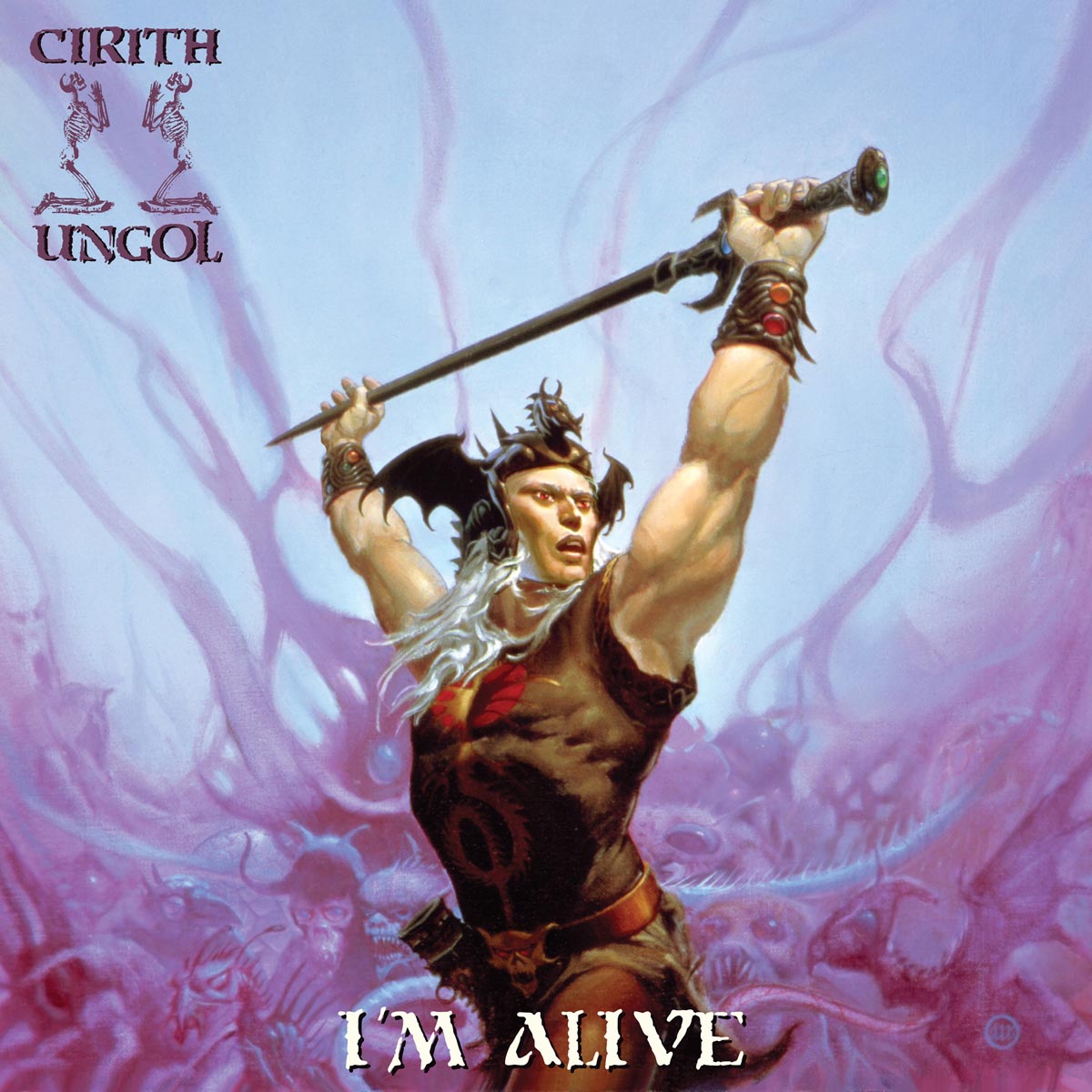 The track most telling of Cirith Ungol’s infectious enthusiasm is “Finger of Scorn,” the first disc’s ninth track. Within just three notes the audience is hollering in unbridled excitement, no matter how slow the song’s intro may be. These celebratory sounds persist even as the plodding entrance to the song proceeds, shrill whistles serving as muted accents to dark, focused vocals. The song is one that harnesses doom as a weapon, but even throughout the tempered pace, the crowd is calling back with an emotional response that gives “Finger of Scorn” an entire new layer of electric energy. Of all the tracks remade in the audience’s image, this is the one that seems to thrive the strongest as a live recording.

Perhaps the most emotional track of all is the closing song on the second disk, the band’s self-titled song “Cirith Ungol.” Frontman Tim Baker’s voice seems to catch as he speaks the last words of the performance, the heavy finality of the phrase “this is our last song of the night.”  Any hesitation for the coming end is immediately drowned out by the roaring of the crowd, still standing strong after a sixteen song set. There was no diminution of enthusiasm between when they first took the stage and the last song of the night, the energy welling to the point that the claps reach a crescendo in the middle of the song. This applause drove home just how much the band’s presence was treasured there, and how many hearts they were filling with their craft. Most telling of all, Cirith Ungol returns the energy without hesitation, playing with the vigor of a band that has more than earned their place in the spotlight.

Cirith Ungol returns with an album that shows a stunning combination of appropriate mixing, an enthusiastic crowd, and a band that has persisted against all odds. “I’m Alive” is a compelling demonstration of what love for music can accomplish, and just how a contagious joy for art can be captured across a night to remember.