Frontiers Music Srl has announced the upcoming release of the highly anticipated new Work Of Art album, “Exhibits” on November 8, 2019. Today, fans can get their first taste of new music from the band in five years in the form of first single and video, “Be The Believer”, which can be seen below.

“Exhibits” has been in the works for more than a year and a half, but will finally get unleashed to the legions of hungry melodic rock fans that this band has enraptured with their first three albums. “It’s been a long time indeed, five years!” says guitarist and producer Robert Sall. “Funny enough, it didn’t seem that way. Everyone in the band was busy doing their own thing and it wasn’t until mid-2017 when Serafino [Perugino, President Frontiers Records] asked us about our plans for a new album and it hit us that, it REALLY was about time. So we spent the better part of 2018 writing and recording it and here we are!”

Work Of Art debuted in February 2008 with the release of their album “Artwork”. Coming out of nowhere, the album immediately struck a chord with melodic rock aficionados around the world. With a sound inspired by genre greats like Toto, Giant, and Journey, Work Of Art quickly established themselves as one of the most promising newcomers in the genre. Soon after their debut, Work Of Art guitarist and main composer Robert Sall joined W.E.T, the project featuring Jeff Scott Soto and Erik Martensson from Eclipse, thus immediately cementing his status as a star in the genre!

Expectations for the follow-up album, “In Progress” were sky high. Work Of Art lived up to the hype, entering the Swedish album charts at number 30 upon release of the album. The next step for the band was to start performing live, which they did for the first time in Madrid, Spain in January 2012 and followed that performance with several other shows in various European countries. Third album “Framework” followed in 2014 and kept the momentum going for the band which, simply put, became the top new AOR band from Europe.

“Exhibits” is therefore the logical next step for Work Of ArtWork Of Art, an album which encompasses all that they have managed to create until now. Offering another bunch of unforgettable songs with soaring melodies (courtesy of singer Lars Säfsund) and amazing instrumental prowess (offered by Robert and Herman), “Exhibits” will thrill fans of the band and of the genre as a whole. “Like always, when Herman, Lars and I get together, it sounds like us, it sounds like Work of Art,” tells Sall. “However, with this record I tried to bring out more ”old school AOR” influences and get rid of some of the West Coast influences that were on our previous albums. I wanted it to be an AOR album, not a melodic rock album, not a West Coast album, just a classic AOR sounding album, start to finish!” 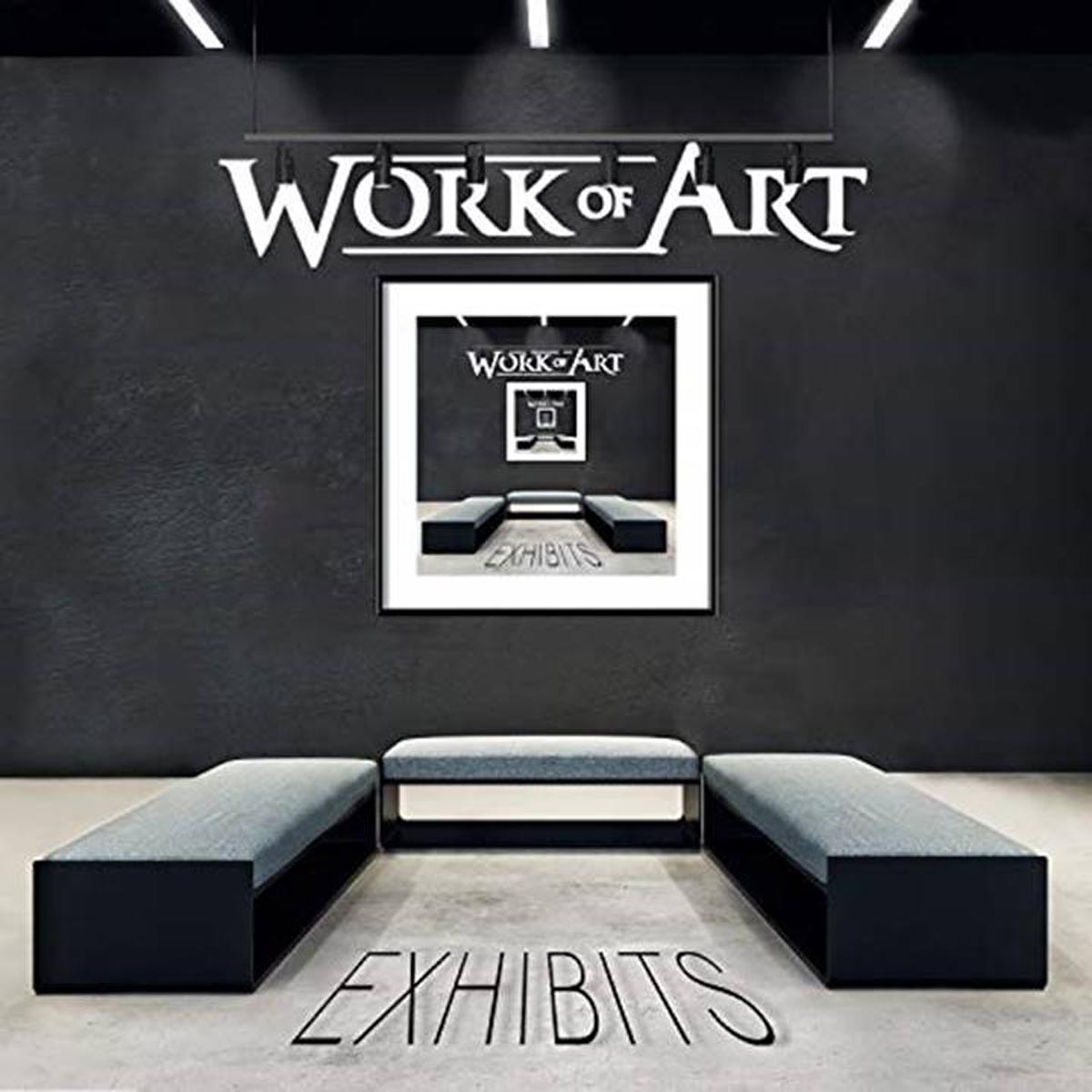 Overall this is certainly Work of Art’s most up-tempo and straight ahead album thus far, but – as it should be – some unbelievable softer moments are there as well. One notable highlight, legendary keyboard player Vince DiCola (author of the immortal “Training Montage” piece on the Rocky IV soundtrack) is a special guest on “This Isn’t Love.”

“If I had to pick one favorite track it would be ”This Isn’t Love,” concludes Robert “It’s definitely old school sounding, it’s catchy, yet there’s a lot of things going on composition and arrangement wise. It reminds me of a time when this kind of music was allowed to be musically interesting. Jim Peterik wrote some beautiful lyrics for it like only he can do, Shem von Schroeck plays bass and to top it off, it’s got an amazing solo by Vince DiCola. We asked Vince for a keyboard lead, he came back with a whole keyboard symphony! Easily one of the personal highlights for me on this album!”

“Exhibits” can be pre-ordered at this location