Finnish melancholy death-doom metal masters Swallow The Sun have just announced their North American headline tour today. The band will be on tour this Spring with special guests Infected Rain and Wheel. Catch the band on tour starting April 20th in Tampa and ending on May 24th in Dallas. Tickets are available for purchase at this location.

“We have been touring many times in North America since 2007 but never headlined before this,” states Swallow The Sun’s Mikko Kotamäki about the upcoming headline tour. “So it’s about time to play you a decent length shows, not just 30-45min like before. Better get your tickets now and spread the word. No excuses, you asked for it, you got it! See you soon!” 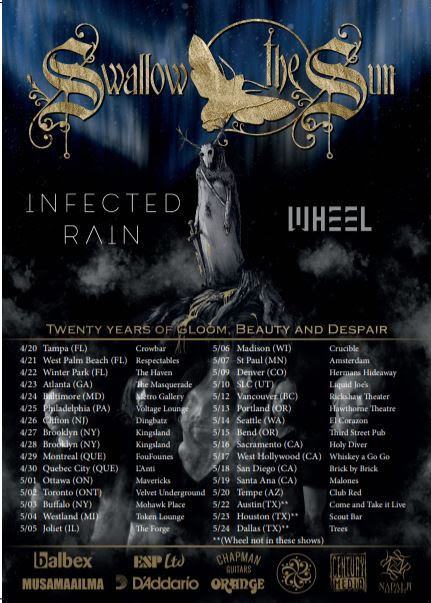