MOTÖRHEAD guitarist Phil Campbell will release his debut solo album, Old Lions Still Roar, on October 25 via Nuclear Blast. The disc, which has been in the works for more than five years, will include guest appearances by Rob Halford (JUDAS PRIEST), Dee Snider (TWISTED SISTER) and Alice Cooper, among others. Other guest musicians that will appear on Old Lions Still Roar include Chris Fehn (SLIPKNOT), Benji Webbe (SKINDRED) and Whitfield Crane (UGLY KID JOE).

The official video for the album’s first single, a song called “These Old Boots”, featuring guest appearances by Snider, Mick Mars (MÖTLEY CRÜE) and Fehn, can be seen below. Commented Campbell: “I’m really happy to release my first solo album, ‘Old Lions Still Roar’, worldwide. I’m also honored to have mega talented guests and friends do their thing. Looking forward to everyone taking a listen!” 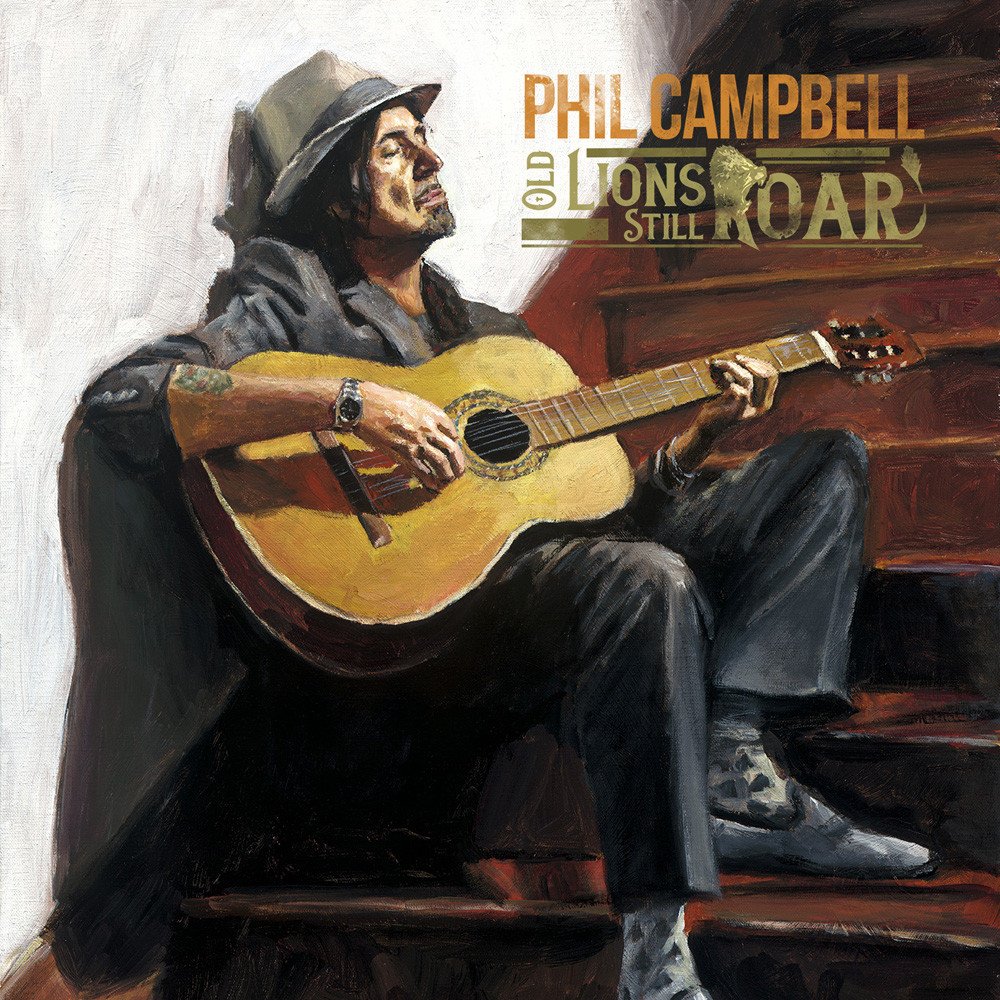 Campbell is joined in PHIL CAMPBELL AND THE BASTARD SONS by his sons Todd, Dane and Tyla, plus vocalist Neil Starr. The group’s debut album, The Age Of Absurdity, was released in January 2018 via Nuclear Blast. Old Lions Still Roar will be released in various formats (slipcase CD, vinyl, digital) and is now available for pre-order at this location. The album will feature two different covers — a black-and-white one (CD slipcase + digital) and a colored one (vinyl).

Campbell told Sweden’s RockSverige about the musical direction of his solo disc: “It’s not gonna be what people expect. I play piano on a few tracks. It’s not gonna be all totally like MOTÖRHEAD. After many years, it’s just nice to be able to do what I want. I could do what I wanted in MOTÖRHEAD, but we didn’t wanna stray too far away. We’d put a saxophone in when we wanted and a piano and acoustics…”