“We’re very pleased to announce that PERIPHERY is heading out with VEIL OF MAYA and COVET this September!” said guitar player Jake Bowen. “We’ve been fans and friends of these bands for a long time so it’s a real treat for us to go out again together and play for you all. We’ll also be playing a bunch of new material from ‘Periphery IV: Hail Stan’ and bringing back some oldies! WE’VE COME FOR TOUR!”

VEIL OF MAYA and COVET open on all non-festival dates. ASTRONOID and PLINI will open on all European tour dates. 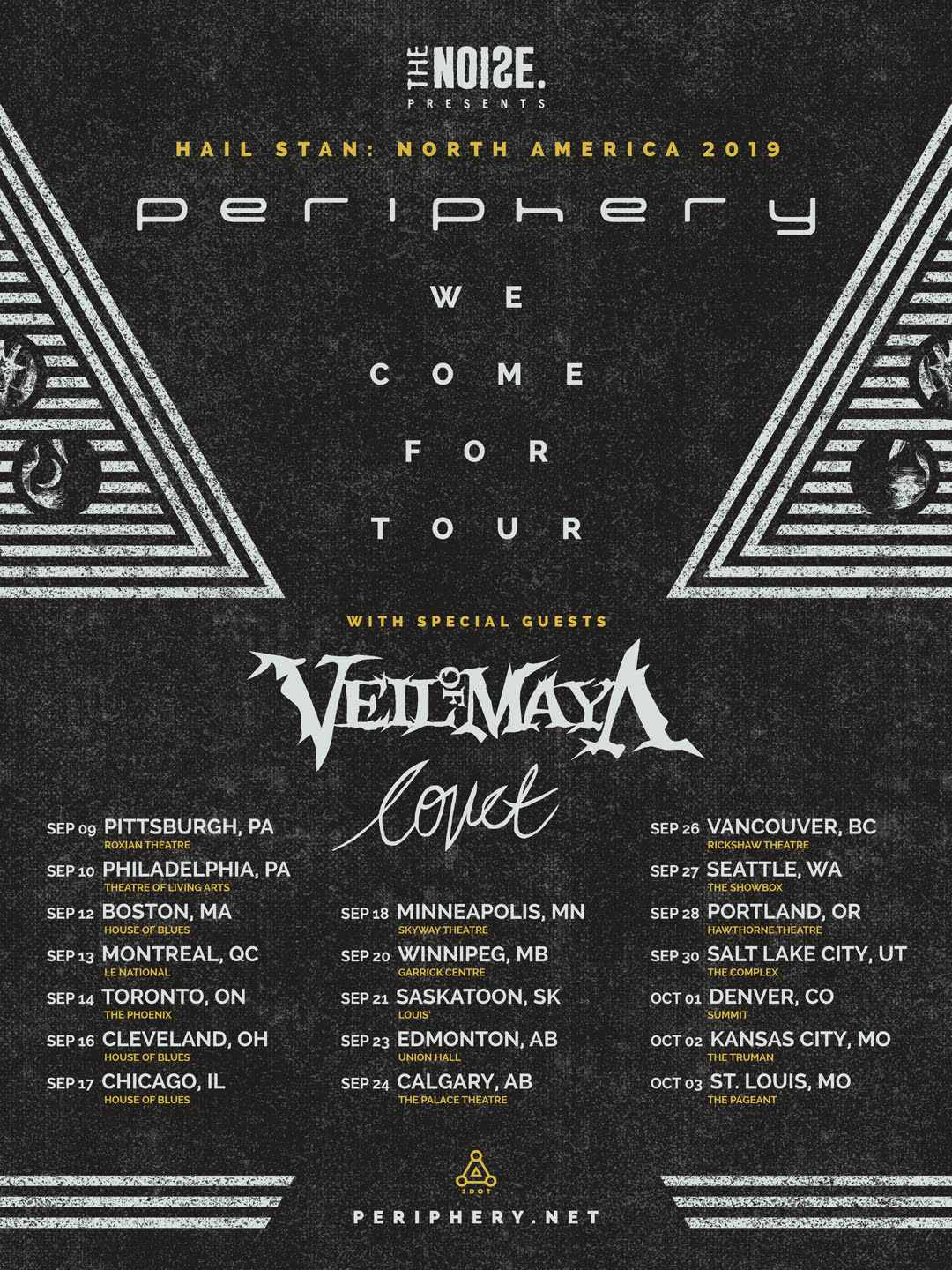