MAYAN — the band featuring EPICA guitarist/songwriter Mark Jansen alongside Jack Driessen (ex-AFTER FOREVER) and Frank Schiphorst, have released the official lyric video for “The Rhythm Of Freedom”, a new song from MAYAN‘s new album, “Dhyana”, which will be released on September 21 via Nuclear Blast. The video can be seen below.

Jansen states: “‘The Rhythm Of Freedom’ references the sensation of pure freedom you feel when riding your bike or bicycle. This also refers to the album title ‘Dhyana’, which stands for the moment where the mind gets absorbed by the heart and you feel total happiness without worries about the past and future. But the mind, like a predator, is always waiting for the moment to take over control again. We picked this song as our first single as it’s the first impression people will get from the new MAYAN album. In it you hear the dynamic sounds in our music, layered with the City of Prague Philharmonic Orchestra who we recorded this album with. Expect a song that is heavy, yet melodic. Enjoy!” 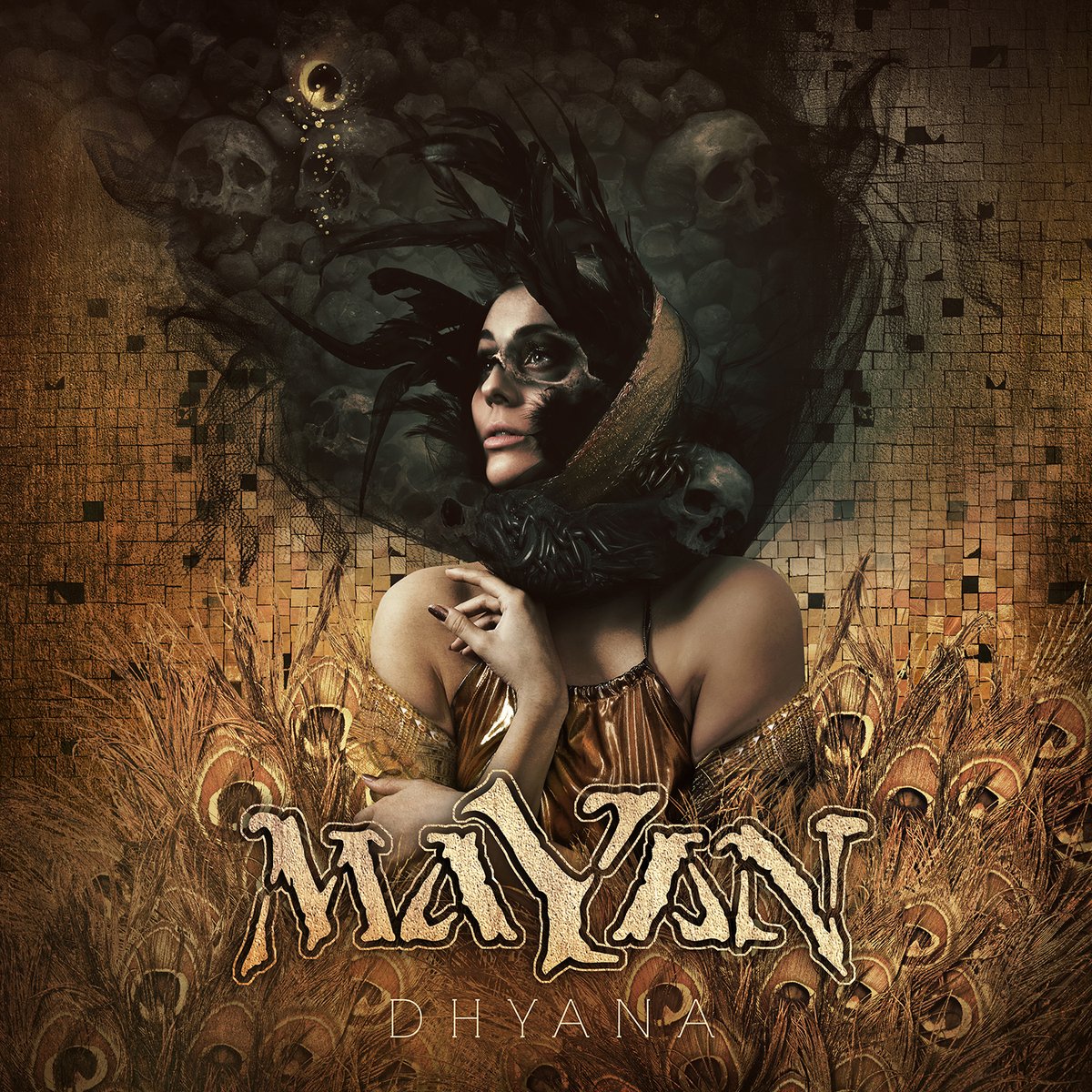 Through his musical contributions in EPICA, AFTER FOREVER and MAYAN, Jansen has introduced another piece of knowledge, spirituality and mystery into the Dutch metal scene. For the third time since their inception in 2010, the now 10-piece symphonic death metal band has joined forces for a new album, and “Dhyana” is set to lift them to an entirely new level.

The collective that is MAYAN has always had a profound love for movie scores, so it comes as no surprise that the next step in the band’s career was to record a new album with a live symphonic orchestra. Turning their vision into reality, a crowdfunding campaign was started early 2018 to fund the recording of MAYAN‘s third album with a live orchestra. With the tremendous support of fans across the world, more than €40,000 was raised and the band could finally approach the City Of Prague Philharmonic Orchestra to record their new album with them. Being one of the world’s most renowned symphonic orchestras and famous for their work in cinematic features such as the “Star Wars” saga, “Hannibal” (2001) and “Arrival” (2016), as well as the orchestral parts of DIMMU BORGIR‘s “Death Cult Armageddon”, they were the perfect choice to join forces with MAYAN to create the monumental sound landscape for “Dhyana”. The crowdfunding campaign packages also included an exclusive EP called “Undercurrent”.

Jansen stated: “We have worked with all our energy, efforts and passion to create a remarkable album. ‘Dhyana’ (which means the moment when the mind gets absorbed by the heart) makes us all very proud and we can’t wait for it to be released. With the support of our loyal fans worldwide we were able to record the album with the City Of Prague Philharmonic Orchestra. Because of this and also producer Joost van den Broek‘s know-how and enormous motivational drive we were able to meet the high standards of the best productions of today. It’s needless to say that we are extremely excited!”

The concept of this third full-length release reflects on conceptual themes such as being self-aware of our thoughts and relinquishing our egos and self-conceited tendencies to finding out who we truly are. MAYAN will celebrate their new offering with a “Dhyana” release party on September 22 at De Helling in Utrecht, Netherlands. They will be supported by ELYOSE and CARTHAGODS on this evening.