DISTURBED has announced a 31-date “The Sickness 20th Anniversary Tour” throughout North America, co-produced by Frank Productions and Live Nation. The amphitheater tour, with very special guest STAIND and BAD WOLVES, celebrates the two-decade anniversary of the band’s seminal album “The Sickness”. On this tour, the band will perform songs off the album, as well as tracks from their most recent studio release, “Evolution”, and their extensive catalog. See the full tour dates below.

Special VIP, meet-and-greet, and merch bundle packages are available for all dates. DISTURBED’s tour will also be a part of Ticket to Rock 2020, an exclusive ticket package at select Live Nation amphitheaters across the country. 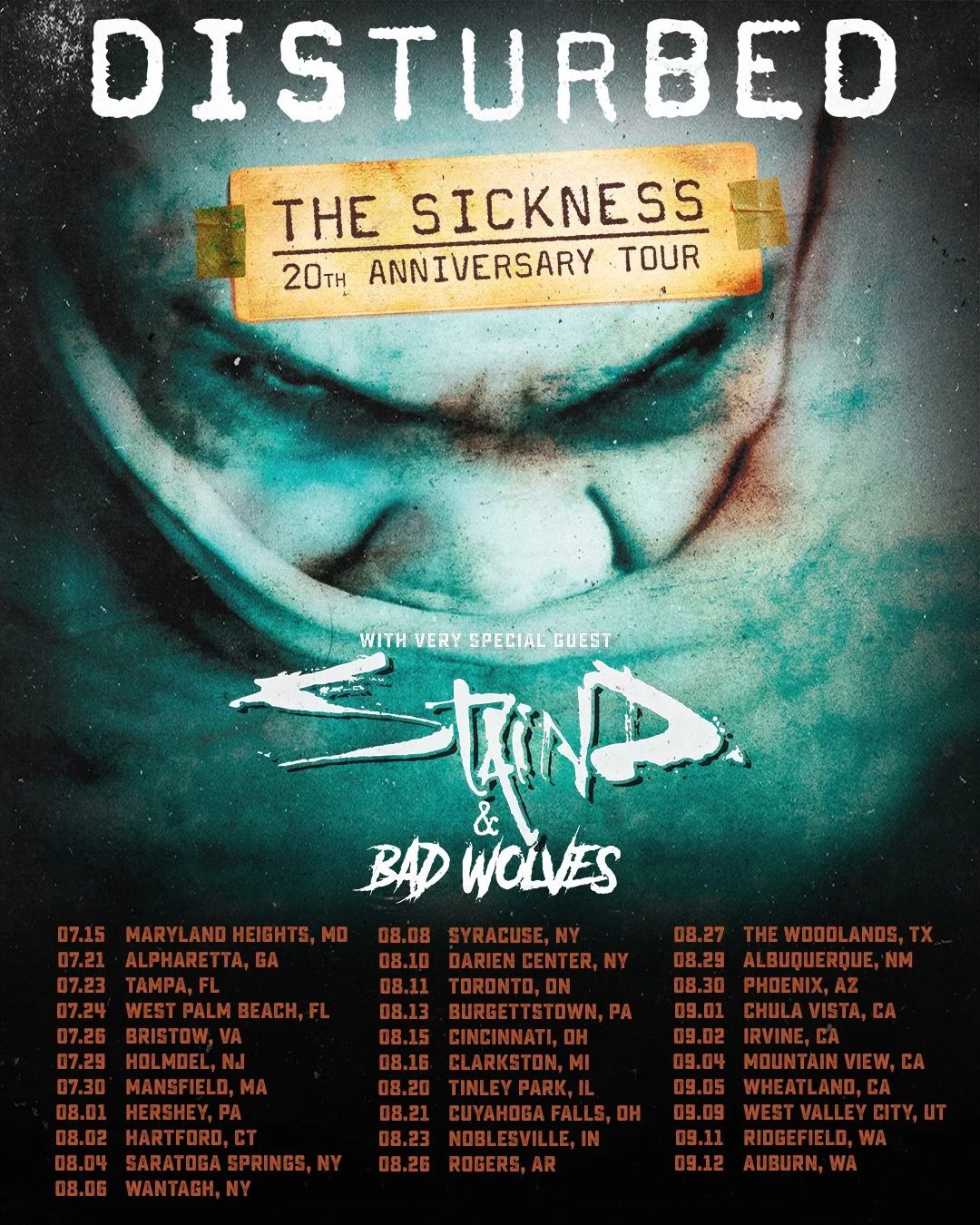