BLUE ÖYSTER CULT and Frontiers Music Srl continue their release of archival treasures from the band’s vault with the December 4 release of “Live At Rock Of Ages Festival 2016” on CD/DVD, Blu-ray, and 2xLP. Additionally, the label will also reissue “A Long Day’s Night” on the same date (ex-North and South America). Fans can get their first taste of the “Live At Rock Of Ages Festival 2016” via a live performance of “Harvest Moon” from the release below.

BÖC played, as they always do, an inspired set on the second day of the Rock Of Ages festival 2016 in Seebronn, Germany. One of the band’s few appearances on German soil in the past few years, the set is now available for fans to enjoy, both with their ears and eyes, in the comfort of their own home.

The band ripped through an extremely solid and memorable performance that kicks off with “This Ain’t The Summer Of Love” and closes with their evergreen hit “(Don’t Fear) The Reaper“. In between, the band delivers with hot takes on gems like “Burnin’ For You”, “Golden Age Of Leather”, “Then Came The Last Days Of May” and “Godzilla”. 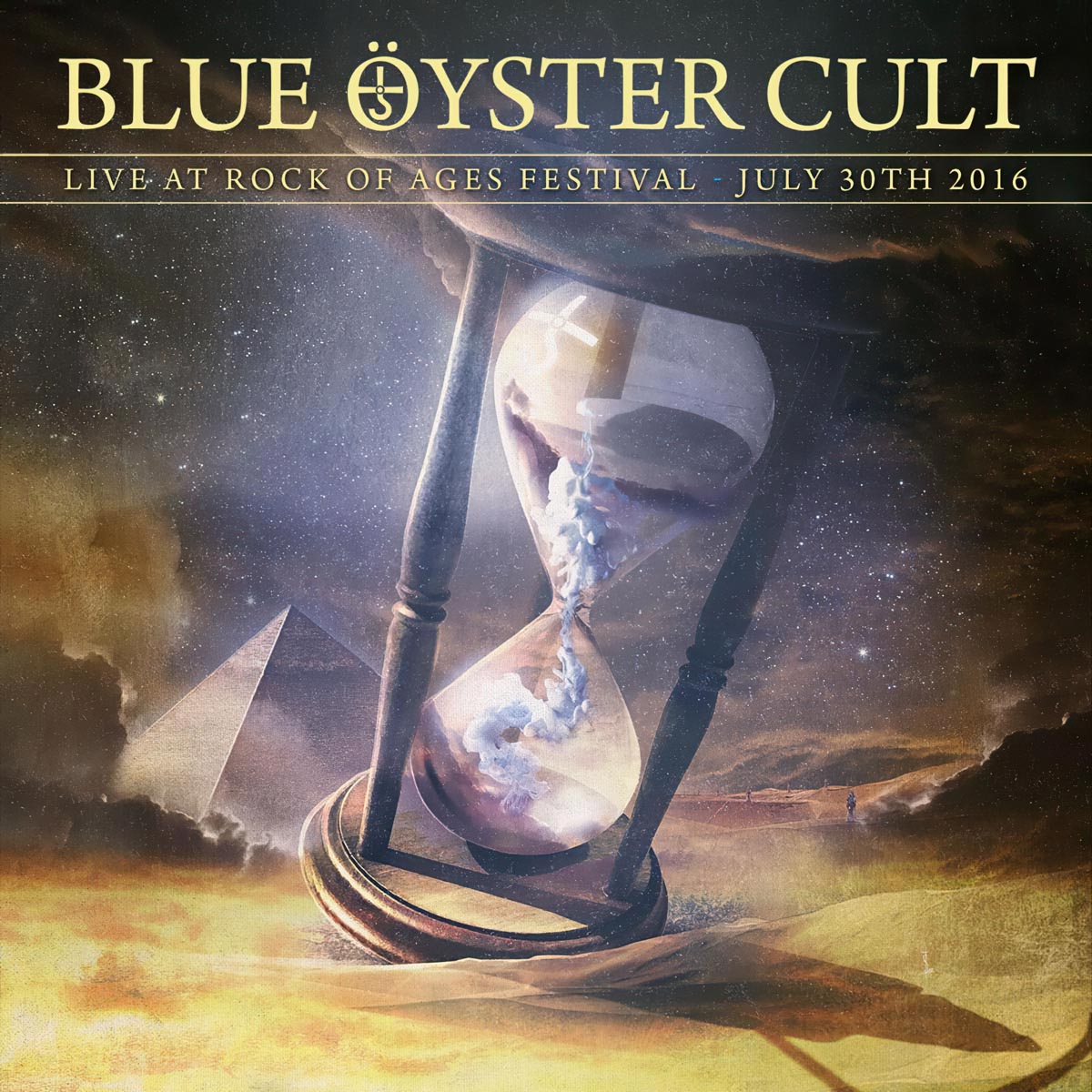 In addition to the above archival release, “A Long Day’s Night” is also due for reissue. Recorded live on June 21, 2002 at the Navy Pier / Skyline Stage in Chicago, “A Long Day’s Night” celebrates, at the time, 30+ years of incredible music from the band. This release truly highlights the band’s phenomenal career up until that point in time.

Originally released in 2002 on CD and DVD, “A Long Day’s Night” is now being reissued on CD/DVD, Blu-ray, and vinyl. The audio appearing on all formats has been completely restored and remastered to achieve a stunning new listening experience. The set will be available from Frontiers Music Srl outside of North and South America.

The memorable show was captured on the release “A Long Day’s Night”, so titled because it took place during the summer solstice. For two hours, guitarist/vocalists Eric Bloom and Buck Dharma, keyboardist/guitarist Allen Lanier, and their bandmates regale a revved-up crowd with CULT classics like “Burnin’ For You”, “Last Days Of May”, “Godzilla”, and, of course, “(Don’t Fear) The Reaper“.

Look behind the scenes with the producers of the 2020 reissue of “A Long Day’s Night”, as they describe the process of restoring and remastering the BLUE ÖYSTER CULT 30th-anniversary show from Chicago in 2002 below.