EDGUY frontman Tobias Sammet‘s AVANTASIA project will head to the U.S. and Canada for select dates in May 2019 to promote the band’s upcoming album, “Moonglow”.

The details are as follows:

Comments Sammet: “It’s alive! After more than two years of hard work — and what felt like 71 overnight shifts back to back recently — we’re ready to unleash ‘Moonglow’ upon the universe. I believe it’s the most adorned and detailed album we’ve ever produced. Not over-ambitious, but there is a lot of love for detail in there. AVANTASIA is the ultimate playground for a musician’s wildest fantasies to come true: Celtic elements, world music elements, big choirs, atmospheric stuff, amazing guest vocal performances and, of course, all that wrapped up in what I consider to be the typical AVANTASIA sound.

“Someone in the music business just told me that the embellished nature of the sound makes it hard to market it, [that]it doesn’t fit in the contemporary musical landscape, and ‘if you take a look around, no one really sounds like that.’ Exactly! Thank you!

“I can’t wait to release ‘Moonglow’, take my friends of the AVANTASIA family and hit the road for the big ‘Moonglow’ world tour.”

Tobias Sammet, hailing from Fulda, created the rock event AVANTASIA in 1999 and celebrated its live premiere in 2008. With over 3,5 million records sold, he is one of the most successful musicians from Germany and has worked with Alice Cooper, Klaus Meine and Rudolf Schenker(THE SCORPIONS), Bruce Kulick and Eric Singer (KISS), Eric Martin (MR. BIG) as well as many other stars from the international music business. For a long time Tobias Sammet’s AVANTASIA has been considered an insider tip. But after countless headline performances at some of the world’s largest rock festivals (Sweden Rock Festival, Québec Music Festival, Barcelona Rock Fest etc.), gold awards and several top 10 positions in the world charts, the upcoming AVANTASIA – Moonglow World Tour 2019 can only be considered the biggest rock event of the year. 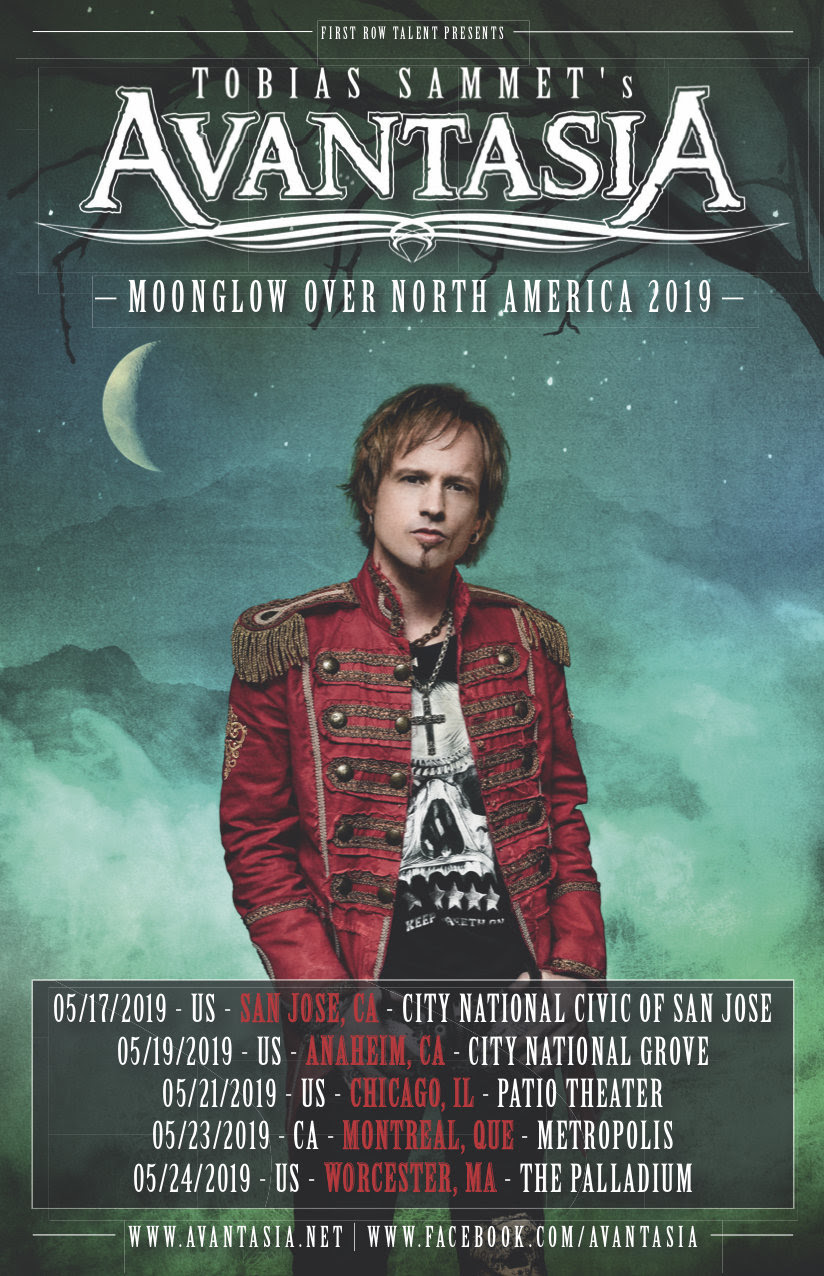