Within Temptation has always been a mutant musical entity. From their early material, which had gothic elements, through the incorporation of symphonic metal influences, to the dramatic shift on their latest album “Resist” – read our review here – they never made the same album twice. This formula – or the lack of one thereof – seems to have worked well for these Dutch metal ambassadors, because they have been on an upward trend since their debut, 1997’s “Enter”.

Their extreme and uncompromising dedication to their art is evident in releases such as the fan favorite “The Heart of Everything” and the concept album “The Unforgiving”. Their live shows are no slouch either, with their attention to detail fully showcased in many live releases, most notably in full-blown live releases like “Black Symphony” and “Let Us Burn”.

Within Temptation‘s latest full length release brought yet another change in style, with the album bringing industrial undertones and sounding a little bit more accessible for the masses. Their recently released stand-alone single “Entertain You” follows the same trend, but that hasn’t stopped the band from achieving success, with the track peaking at No.1 Most Added Song at the Billboard Mainstream Rock Indicator Chart and debuting in the Top 50 of the Mainstream Rock Charts in the USA within the first week of the release. 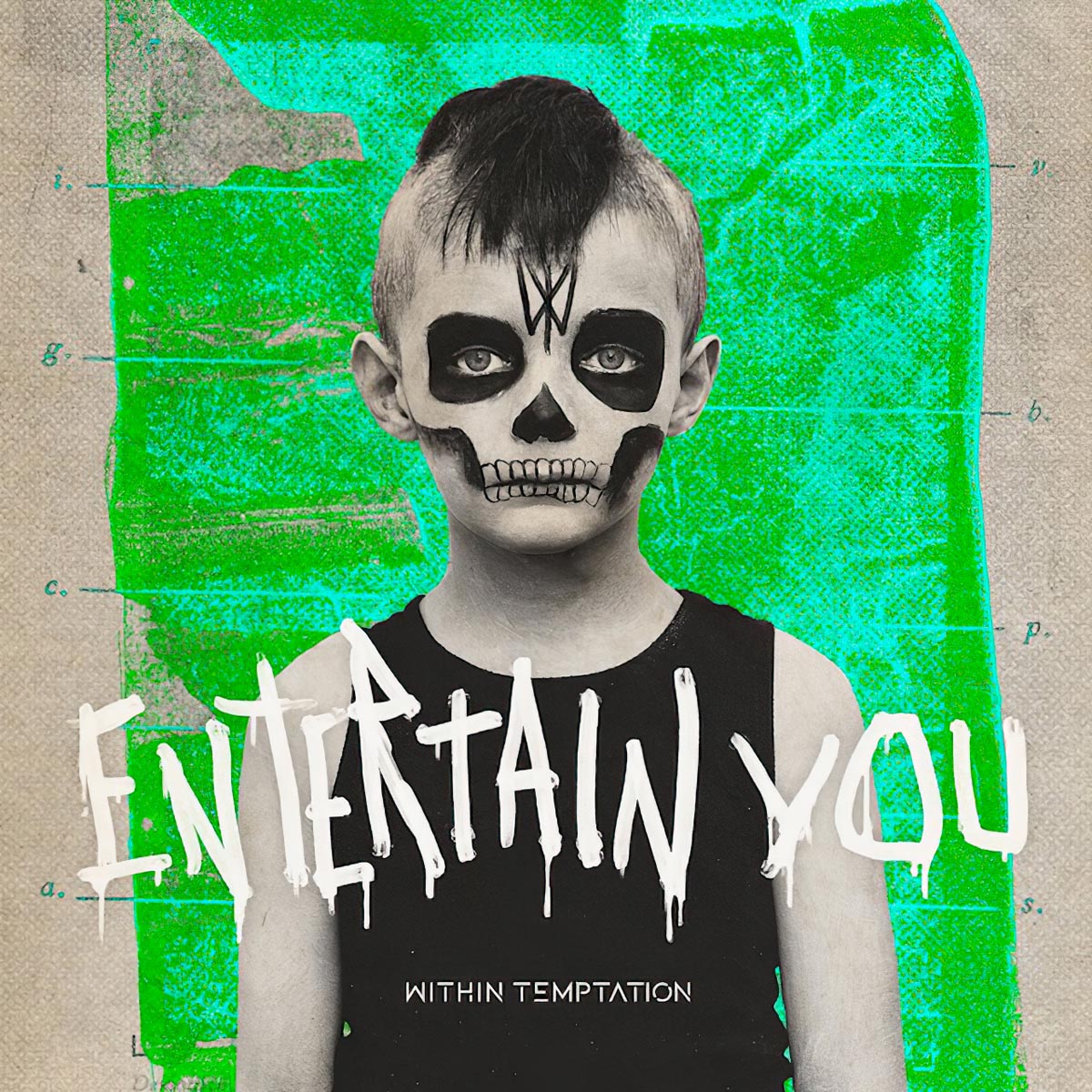 “Eventually, everyone will have their own idea what the song and video are about,” said singer Sharon den Adel. “For us, the inspiration comes from how we treat a certain group of people that doesn’t fit in our society, and how we always feel a need to emphasize how much they do not fit in so we can feel good about ourselves. We start singling them out, cornering them in all sorts of ways. Nowadays, our first reaction is to film an incident instead of helping someone. They’re not here for our entertainment. It’s time for a bit more self-reflection and to ask ourselves why we do it, and think about the consequences for the others. Awareness is hopefully a step forward to change.”

Sonic Perspectives collaborator Rodrigo Altaf caught up with the band’s singer Sharon den Adel, and they discussed much more about the new single, while also delving into the band’s evolving nature, her opinion about the reaction of some fans to their musical evolution, their future touring plans with Evanescence, their unique stage clothes and much more.

Listen to their chat in the links below, and remember that for more interviews and other daily content, Sonic Perspectives is on Facebook, Flipboard, Twitter and YouTube, where you can be notified about new interviews and contents we publish on a daily basis.