Hard rock purveyors HellYeah released their sixth studio album “Welcome Home” on September 27th via Eleven Seven Music (you can read our review of the album here). It’s been almost 12 years since the release of their first album “HellYeah”, and just over one year since the passing of bandmate and brother Vinnie Paul. “Welcome Home” features the late Vinnie Paul’s final drum recordings.  Eleven tracks driven by their love, loyalty, reverence, and respect for their fallen brother. Now, Tom Maxwell [guitar], Chad Gray [vocals], Kyle Sanders [bass]and Christian Brady [guitar], together with touring drummer Roy Mayorga are hitting the road in November and December 2019 with its “A Celebration Of Life” US and Canada headlining tour.

Contributor Robert Cavuoto caught up with bassist Kyle Sanders, to discuss the making of this powerful record honoring Vinnie‘s memory, the eeriness of having Vinnie completing all the tracks before his passing, and what it was like on the set of their video for “Welcome Home.” Enjoy the transcript below.

The thing that struck me most about the album is how musically diverse it was from the opening song of “333” with its fiery aggressiveness, to “Welcome Home” with its strings section, to the stripped-down “Skyy and Water.”

Yeah, the goal is not to repeat our past work but still stay true to what we want to do. We didn’t start off by saying that we want every song to be different; it was just the natural progression of the band working together on the sixth record. We try to step out of the box; sometimes it works, and sometimes it doesn’t. We felt every song on the record worked and deserved to be there. We are totally pleased with each one of them. 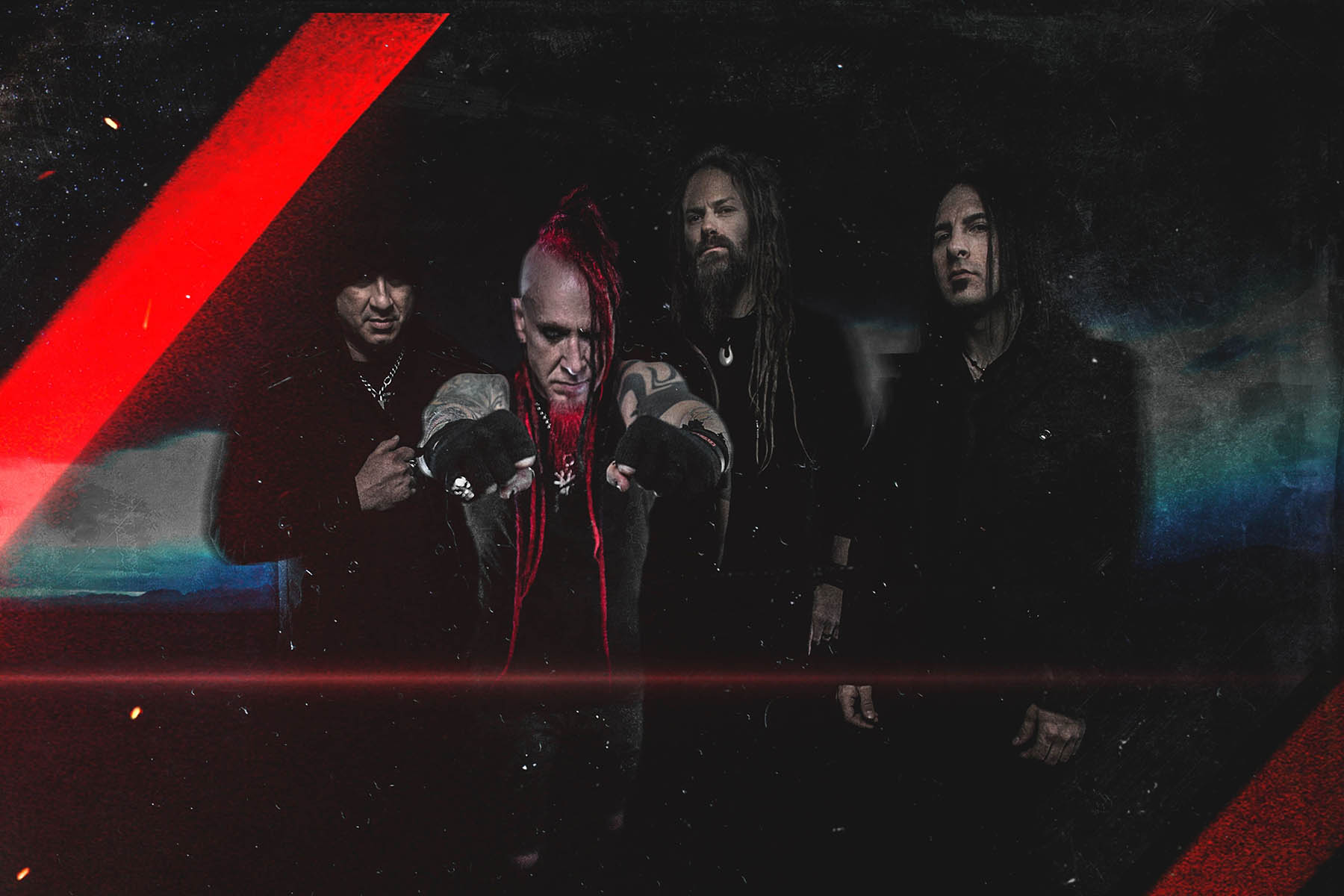 I read a few interviews where Tom is praising your abilities as a bassist and what you have brought to the band. Tell me how your aggressive style of playing has helped shape this album and the last one?

It’s an awesome connection when we are locked in together. The bottom line is without a rhythm section; you don’t have anything, no matter how great the singer and guitar player are. The bass and drums are the foundation of it all. I have a different kind of style of playing than the bassists on the first few records. I’m a finger player; it’s not that I play super hard; it’s just that it’s played powerfully. Tom is the riff master, and when we get together, it all comes together and works. I would go to the studio everyday work with Tom as he writes the main riffs of the song, and together we build it from there. It’s all about the chemistry, and we all happen to work really well together, and it gets better for each record.

Which song would you say has your biggest imprint on it?

Two of my favorites were “Bury You” and “Black Flag Army” mainly because when the guitar drops out, it’s all bass and drums which you don’t hear in songs nowadays.

What’s amazing is Vinnie played on this record prior to his passing. How long has the album been completed?

We work very quickly as a band when we get into the studio, but this time, we started the record in October/November of 2017 and tracked three songs. We took a break for what we thought would be for Thanksgiving and Christmas and planned on going back in the studio on the first of January. Something happened with the studio time schedule with Disturbed, and they ended up coming in earlier and taking longer than expected. We didn’t get back into the studio until May 2018. We wrote a few more songs, and before we knew it, we had all the tracks for the entire record with bass, drums, and basic guitar parts finished. Chad had only completed vocals on three of the songs; so the four of us decided to take a break and went home to let Chad get to work. We all high fived each other and took off while Vinnie stayed in Vegas. It was literally the next day that he passed. That’s evening; my phone started blowing up when Vinnie left us. That was the middle of June, and by the time we regrouped and dealt with everything, we went back into the studio in August 2018. So we had the record wrapped up in the middle of last year. For whatever reason, it was supposed to come out in April 2019; then, it was postponed until September 2109. When you look back, we started October/November of 2017, and here we are in October 2019. It’s the longest process I have ever been involved in.

You were also touring and playing a few new songs from the album before it was released.

We released “333” in June and two other songs. By the time the CD was released, we had released four tracks released. So we added, “333” and “Welcome Home” to our set on the last tour, which was before the record came out, and now for the next tour, we still have to pick and choose the set. We have six records and one of them being new material. We are going to try and play as much as we can off the new record. 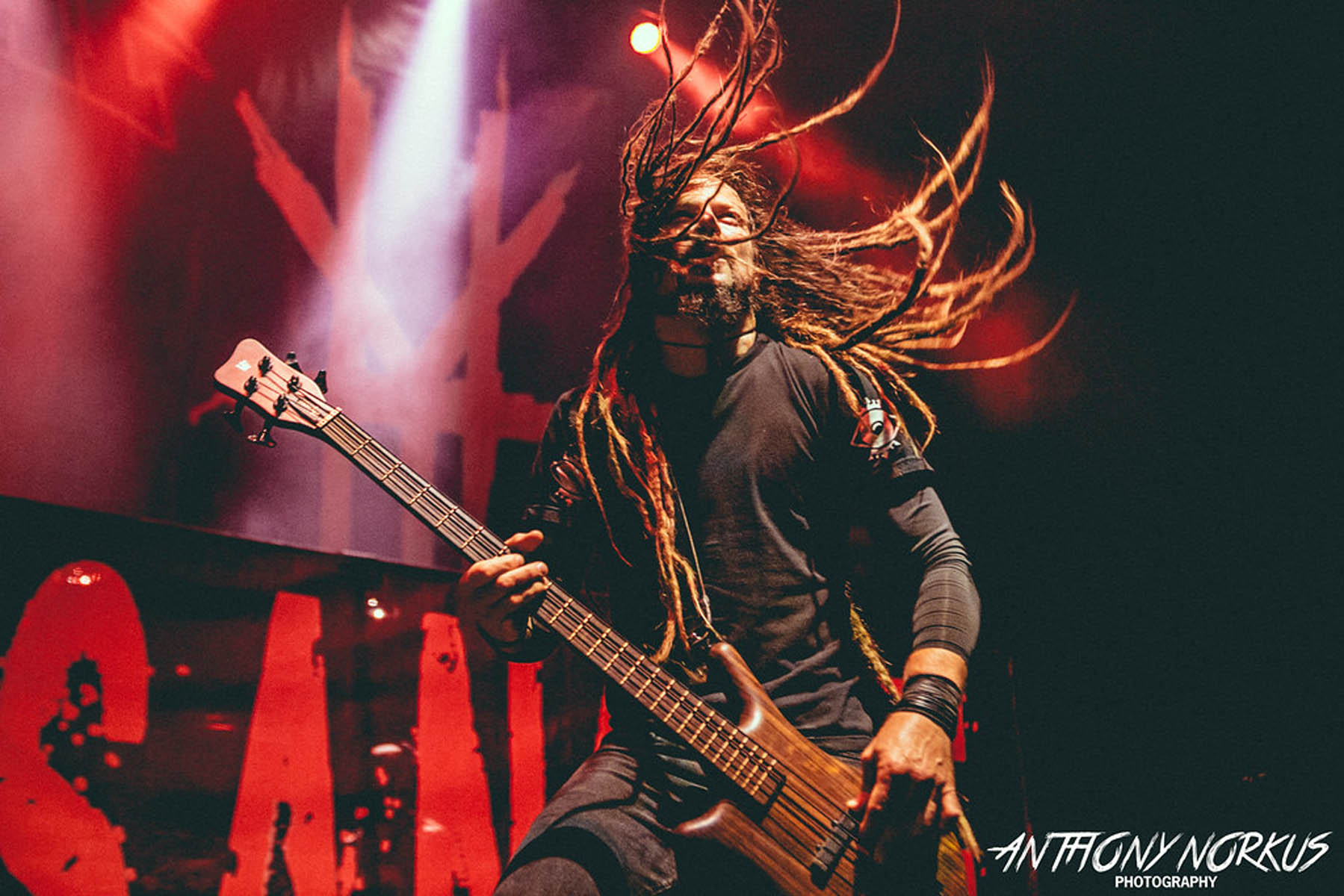 Are the new songs received well when the album is not released, having only had the videos and streaming available?

They have gone over amazingly well as you really never know. You are right, as not everybody sees the video, and not all local radio stations play them unless you have Sirius XM. It’s kind of a gamble when you go out there and play new songs. “Oh My God” went over insanely well, the crowd was singing the song back to us as it clearly touched a lot of people. Also, “333” and “Welcome Home” went over well as we were pleasantly surprised. We were excited to play them as we were sitting on them for two years.

In 2014, you join HellYeah and then in 2018 Vinnie passes, what thoughts are going through your head? Are you thinking the band is over?

Of course, when everything went down, I was thinking “there is no way we can continue”. There were so many emotions, and your mind is all over the place. On the one hand, I was thinking “there is no way HellYeah can continue without Vinnie as the band was his entire life”. He didn’t care or talk about any of his past bands, as big of Pantera fans that we are. He didn’t focus on it as the past was in the past with him. On the other hand, it would be such a letdown not to move forward and let him down by leaving his last piece of work sitting on the counter. So we decided that the right thing to do was to get back out there, at least for this record. We are taking things one day at a time. The last tour was amazing, so we are going to do another tour. We decided that we had to carry on for Vinnie and ourselves.

I agree, to not release his last body of work would have been a sin and kudos to you guys for finding the strength to do it.

If Vinnie had not finished the record, I have to be honest; we wouldn’t have finished it without him. We are thankful that every drum hit on this record is all Vinnie. He did his part, so we had to do ours and see our way through it and finish the job.

On tour will you be doing any sort of tribute to Vinnie?

We totally will. We did it the last run of dates, and we will do it on this run. We play a couple of Pantera songs which the band has never done before. The last song on the album and the last song that we wrote after Vinnie passed was “Skyy and Water.” It has no drums on it, so we put together a video, which is a tribute to him that we project it on the screens as it’s a pretty heavy emotional part of our set.

On the song “Welcome Home,” I didn’t realize the lyrics were written before Vinnie’s passing.

It turned out to be a very eerie song.  That was actually the first song that we wrote in the studio where Chad finished the lyrics. Vinnie heard it and loved it. After he passed and we listened back to the song, it was creepy how the meaning of the lyrics changed for the band. It now feels like it is about him. In the end, it’s about him; we just didn’t know it. 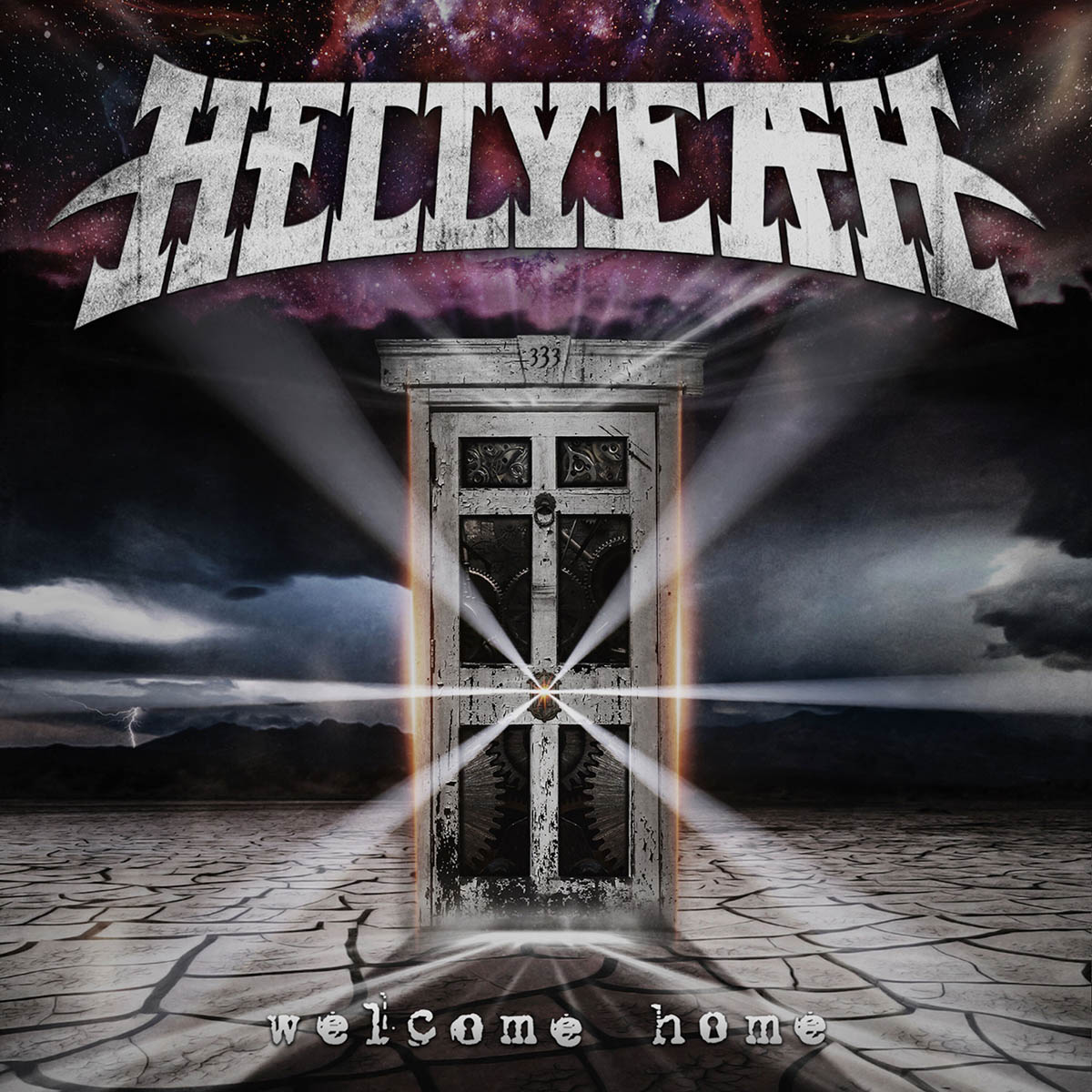 It makes the hair on my arms stand up, just talking with you about it.

The video for “Welcome Home” has you guys playing in the rain and sinking to the bottom of a pool with your instruments. When your instruments get wet like that, are they salvageable to play?

The video was shot in the winter, so we went to an indoor pool and filmed it. We all had ankle weights; it was pretty intense being underwater fully dressed being filmed. We have deals with our guitar companies like Dean, so we told them what we wanted to do in the video. We said, don’t give us the $5,000 guitar as they are going underwater and going to get smashed. Mine went underwater and I played it in the rain. Tom smashed his and Christian‘s was in the rain as well. The cool think about it is I have rock school; called Let There Be Rock in Georgia and the guitars and basses from the video are hanging there on display. We all signed them. They are totally dead at this point, you could probably take out all the electronics, and it’s a piece of wood that has a clear coat. If it wasn’t completely submerged, it might be salvageable.