US composer and musician JANE GETTER has had almost 20 year long career as a solo artist, and has performed with a myriad of world renowned artists including Ursala Dudziak, The Roots The Jam, Kenny Garrett, legendary Headhunters drummer Mike Clark, Regina Carter, Michal Urbaniak and many more. Guitar Player Magazine has deemed Jane Getter to be “the fieriest frettboarding female to ever strap on a Stratocaster,” but the truth is that Getter needs no such gender differentiation; she is, quite simply, a fantastic guitarist.  While it’s true that, in the rock world, there are relatively few female guitarists, especially those leaning towards the heavier and more progressive side of the equation, that doesn’t mean that those intrepid enough to enter what has traditionally been a man’s world should be assessed on anything but their own merits.

Jane is probably not the most familiar name when you’re a progressive rock addict. Maybe for fusion and jazz-rock aficionados she will be better known since she already made a name with three critically acclaimed guitar orientated jazz-rock albums. However all of the above might change after the release of their newest effort called “On”. I sat down with Jane and talked a bit about her musical formation, her style and how her new band came to be. 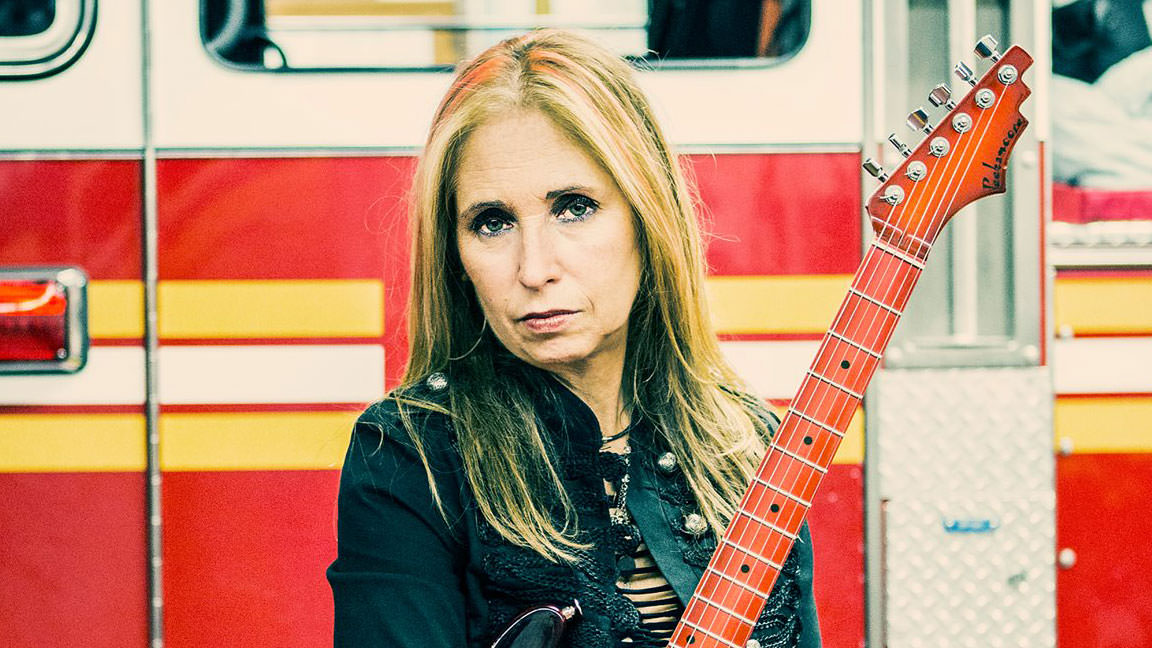 Jane, let’s start the interview in some sort of chronological order… Can you give us a brief history on how you got involved with music?

I was given piano and guitar lessons as a child and continued playing guitar throughout high school. In college I decided music was going to be my career.

Spying on my sister’s guitar lessons when I was taking piano lessons at around age 10.  My parents got the message and switched me to guitar lessons.

Who were your musical heroes when you were growing up?

There’s many but to name a few, starting out I was inspired by Bonnie Raitt, Led Zeppelin, the Allman Brothers, Crosby Stills and Nash. When I got into jazz it was Miles Davis, John Coltrane, Wes Montgomery, John Scofield. When I got into jazz/rock it was Return to Forever, John McLaughlin and the Mahavishnu Orchestra, Allan Holdsworth, Robben Ford, Jeff Beck.

When was it that you decided that you wanted to pursue music as a career?

Initially in college I was pursuing music and dance. In my second year I decided to make music my career.

Is it possible to learn to improvise or do you just have to have a knack for it?

Some people are relaxed playing in an environment that is not predetermined more than other people.  Some are intimidated by that setting and others are very comfortable and play their best in that environment. However, I think with the right tools anyone can improvise, although some will be better at it than others.

Who are your favorite fusion players (Regardless of the instrument)? Are there any new ones we should know about?

I like to call it jazz/rock because in some circles “fusion” doesn’t have the best reputation. That said – Chick Corea, Return to Forever, John McLaughlin and the Mahavishnu Orchestra, Allan Holdsworth, Robben Ford, Bill Connors, Jeff Beck, Jan Hammer.

How would you describe your style to someone who never heard anything about you?

What guitarists and musicians have you learned the most from, simply through jamming and hanging out with them?

I’ve always learned a little from everyone I play with and talk about music with, but I’d have to say my earliest touring gig with Jack McDuff was an invaluable training ground.

Are there any influences that just influence your music, but not necessarily your guitar playing?

How did you connect with the current members of your band, and how “On” came to life as a project under a new band moniker? 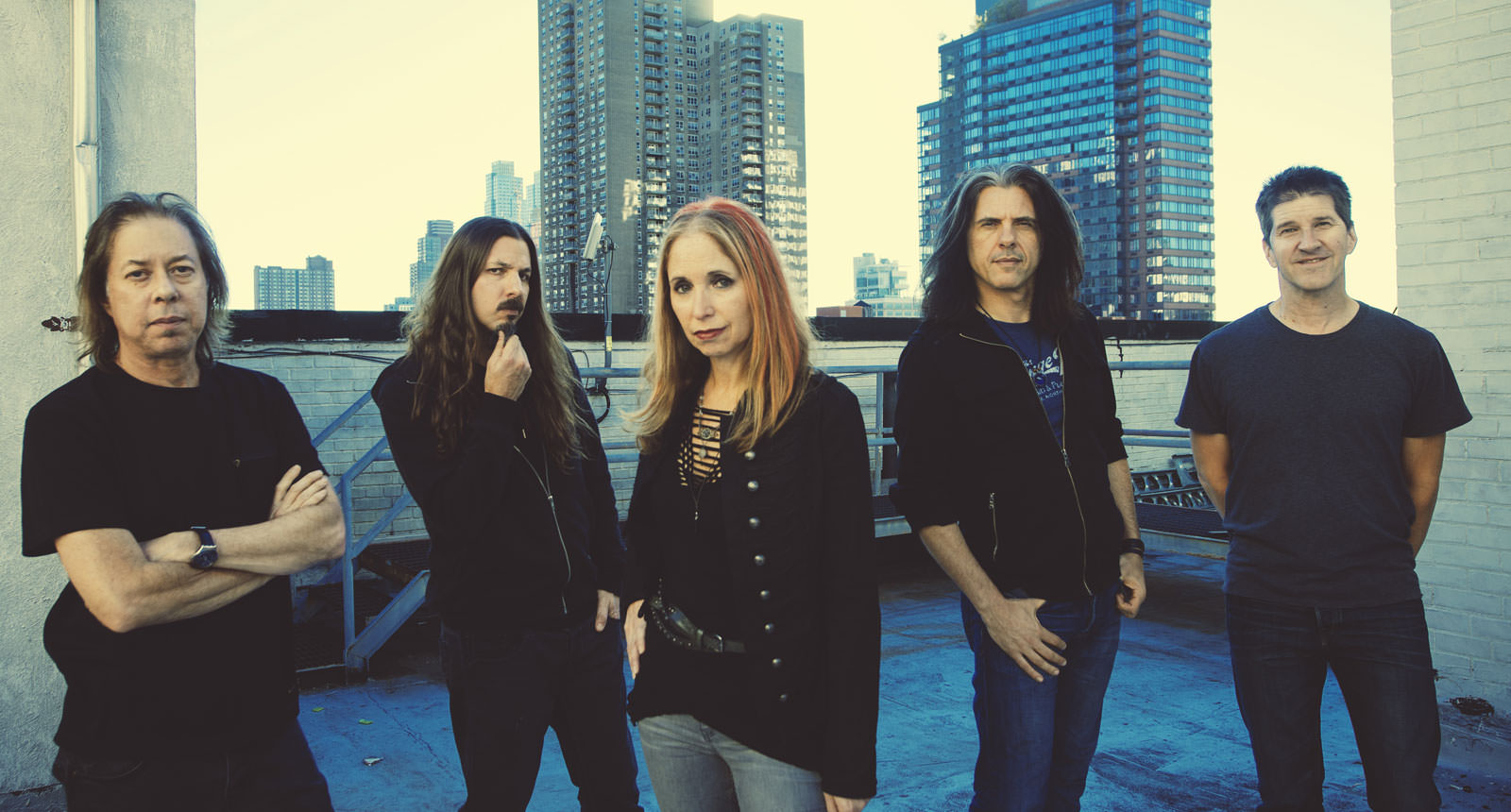 Adam Holzman is my husband and he’s played in my band and co-produced with me since my first album “Jane”. I’d been a fan of Chad Wackerman’s since I heard the Allan Holdsworth records he’s on and we had done some shows together in LA [Los Angeles] a few times before the recording happened. Bryan Beller is the perfect player for this music and he and Adam had done a project together previously. Alex Skolnick and I play in another project together and he brought the perfect combination of metal, rock and jazz to this project that I wanted. I had been a fan of Corey Glover ever since I first heard him in Living Colour and I was so thrilled to have him on this record. Theo Travis and Adam have worked together in Steven Wilson’s band and he was perfect for what I wanted also. This is a new project for me and I wanted a new name to separate it from my previous works.

Can you describe to us how the recording process of “On” took place? What was challenging and what was fun?

We recorded basic tracks at Avatar studios in NYC for 4 days and then did overdubs, vocals and mixing at Spin Studios in Long Island City NY over the course of about 4 months. I recorded acoustic guitar, backup vocals, and the solo on Pressure Point in my home studio.  I had never done any serious tracking in my studio before, only for demos, so that was a bit challenging.  I ended up being fairly happy with the result.  I’d have to say the whole recording process was fun.  I love seeing and hearing the vision I have for my compositions come to life with live musicians as opposed to the demos I do in Logic. The trades I did with Alex on Train Man were particularly fun for me.

Is there an all-time favorite guitar model you like to play with?

My favorite guitar right now is a custom made Peekamoose Model 1, made specifically for me by Paul Schwartz in New York. It’s a Strat style with Seymour Duncan humbuckers.

Who would you really like to work with in the future?

Are there any plans for a second round of tour dates supporting on?

Yes – we’re working on that now.

What kind of folks would you encourage to come to your future show?

FIVE SHORT FACTS ABOUT YOU: