Not many bands can leave a lasting impression and legacy on fans like Soundgarden has done. In their relatively short career, Soundgarden was an influential band releasing seminal songs such as “Outshined,” “Black Hole Sun,” and “Rusty Cage.” Songs that helped changed the musical landscape while ushering in a new style of alternative rock known as grunge with fellow Seattle bands Nirvana, Alice in Chains, and Pearl Jam.  In 2017, the world was shocked to learn that lead singer Chris Cornell had committed suicide in a Detroit hotel room. In the wake of tribute concerts and an outpouring of love for Chris, Soundgarden decided not to carry on without him.

On July 28, 2020, Post Hill Press will release the first comprehensive biography of iconic singer-songwriter Chris Cornell entitled, “Total F*cking Godhead – The Biography of Chris Cornell”, by Corbin Reiff.  Corbin‘s highly detailed and entertaining account of Chris‘ life is accurately portrayed in the book from Chris‘ formable years growing up in Seattle to meeting his fellow band-mates to dominating the world. 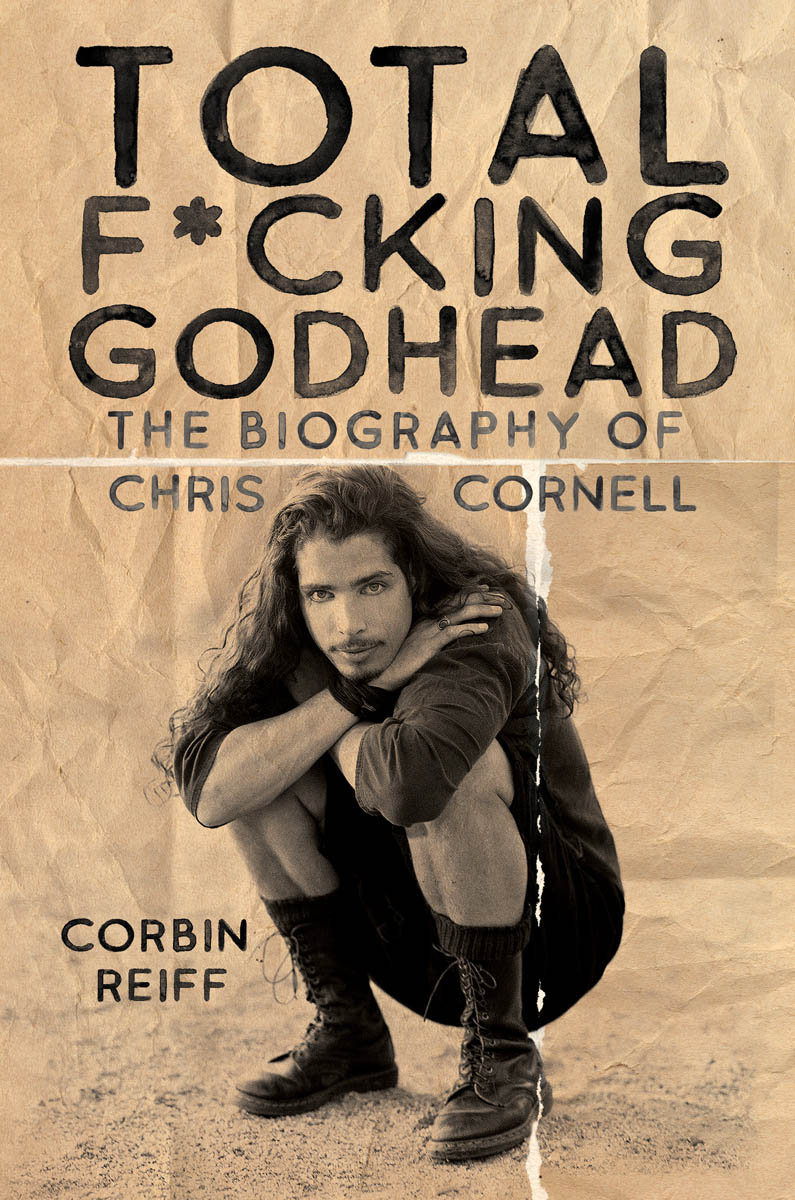 “Total F*cking Godhead” is a must-read for Soundgarden fans as well as fans of the Seattle grunge movement. The book is written from a place of honesty and passion, done with integrity and respect to Chris and Soundgarden. Pre-order the book here.

Correspondent, Robert Cavuoto spoke with author Corbin Reiff, to discuss the work that went into putting this book together, the impact of Soundgarden‘s music on culture, and Chris Cornell‘s life as an artist. You can read the transcript of their conversation below

Tell me about the level of detail that went into researching and writing this book. It must have been an incredible undertaking?

It was a lot of work. I was fully focused on it for about two and a half years. It was a lot of effort combing through every resource I could finding and talking to as many people that I could. I wanted to tell his story to the fullest while honoring his memory. To better understand what he did and why he did it so hopefully, people will appreciate the artist he was. 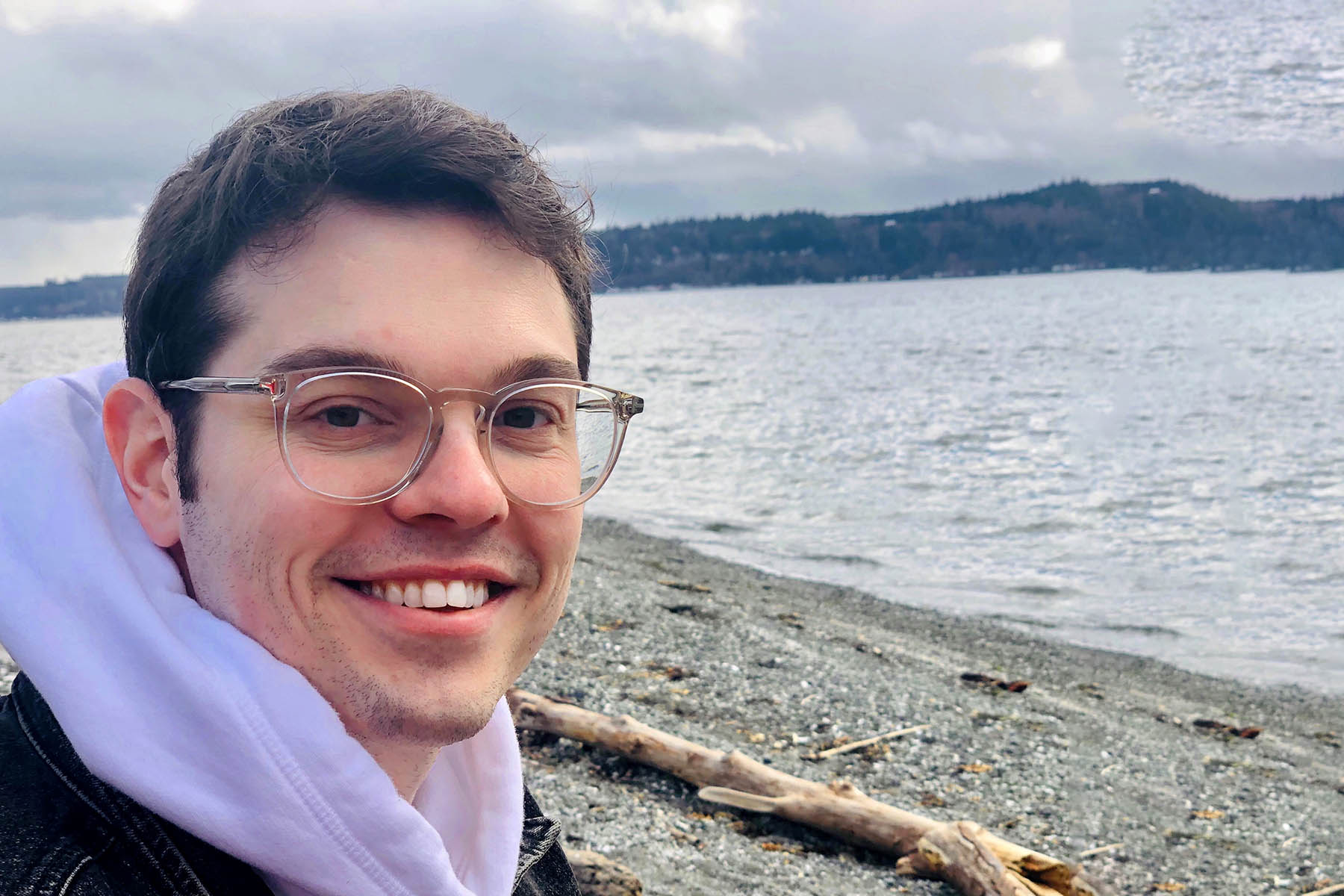 I think you portrayed him in a fair and non-baized way. Do you feel the same?

Definitely, and I feel proud of the book. There weren’t any books on Chris Cornell in the last 30 years and the only book on Soundgarden, which was written in 1997, which now outdated. There are books on Pearl Jam, Nirvana, and the grunge movement. I feel he got attacked for many of the choices he made in his life with the “Scream” album, working with Timbaland, and the super-group Audioslave. This was my attempt to set the record straight. The large focus of the book is on him, and what he did as an artist. I hope I did his legacy justice! 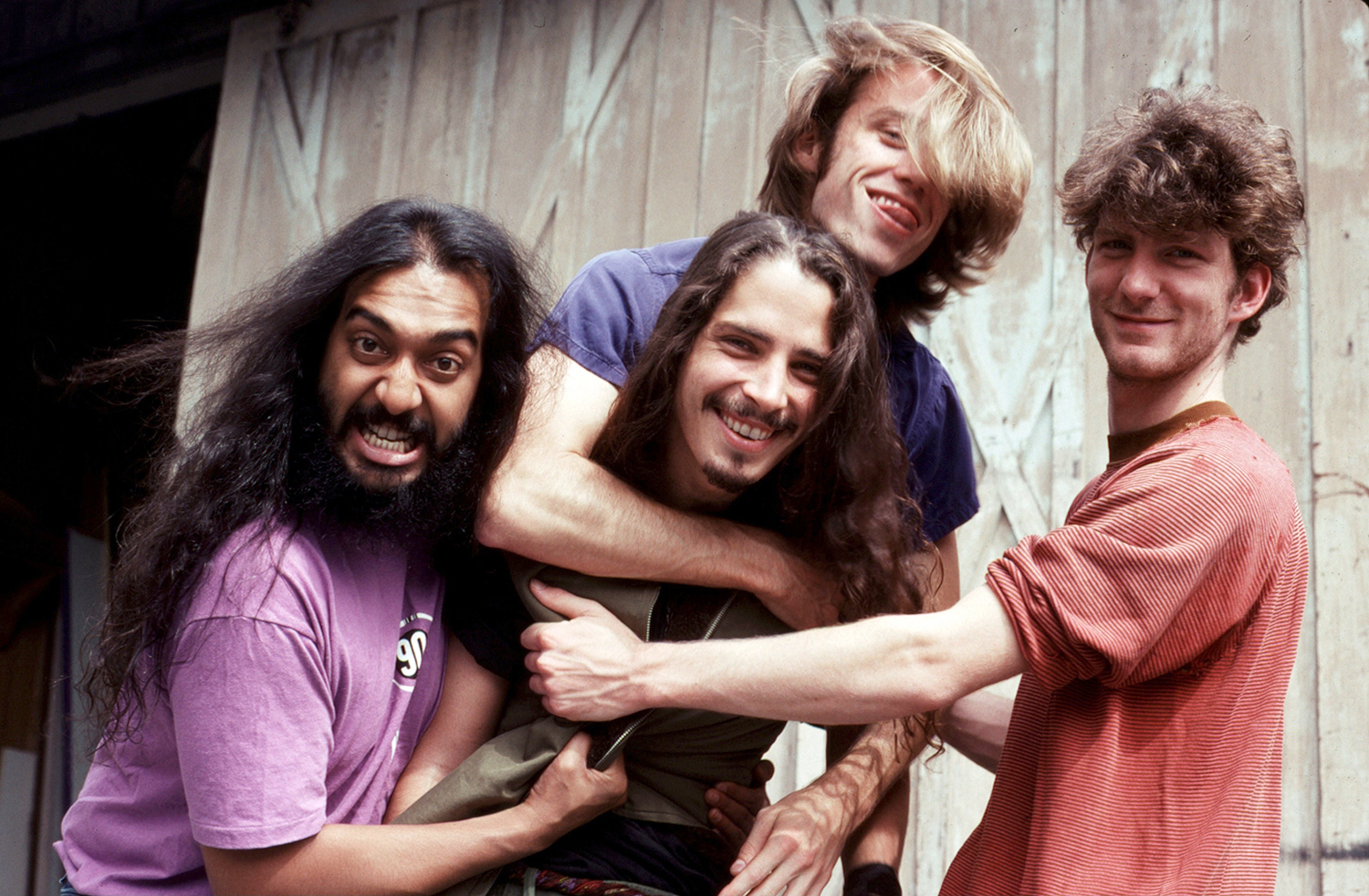 Can you share your passion for Chris and Soundgarden to dedicate two and a half years to writing this book?

I was annoyed that there wasn’t anything out there on Chris. There was an outpouring of love and deep appreciation for him and his family in the wake of his death. As a writer who has worked in the rock music space in the last seven or eight years, I felt that I had to say something about him. Being a researcher, I knew it was my creative strength to dig in and help tell his story to the fullest extent. Though he was a very guarded person, I sourced a lot of first-hand material from his perspective as I wanted him to speak to what he did, why he did it, and for fans to gain insights into the songs he wrote. Not necessarily to be an autobiography but to let him speak, knowing that he would never get to tell his story. To let people know what he wanted to do in his life.

Was there any consideration to interviewing any members of Soundgarden for the book?

There was, and I would have loved to include their perspectives, but it wasn’t meant to be.

Have you ever met Chris or members of the band? If so, what was your experiences like?

I’ve seen Soundgarden, Temple of the Dog reunited, a couple of Chris‘ solo shows, and I briefly met him once at an event out in LA. I’ve interviewed some of the people around him; most recently, Kim Thayil for a piece in Rolling Stone. I wouldn’t say I was friends with them, but I know a lot of the people. 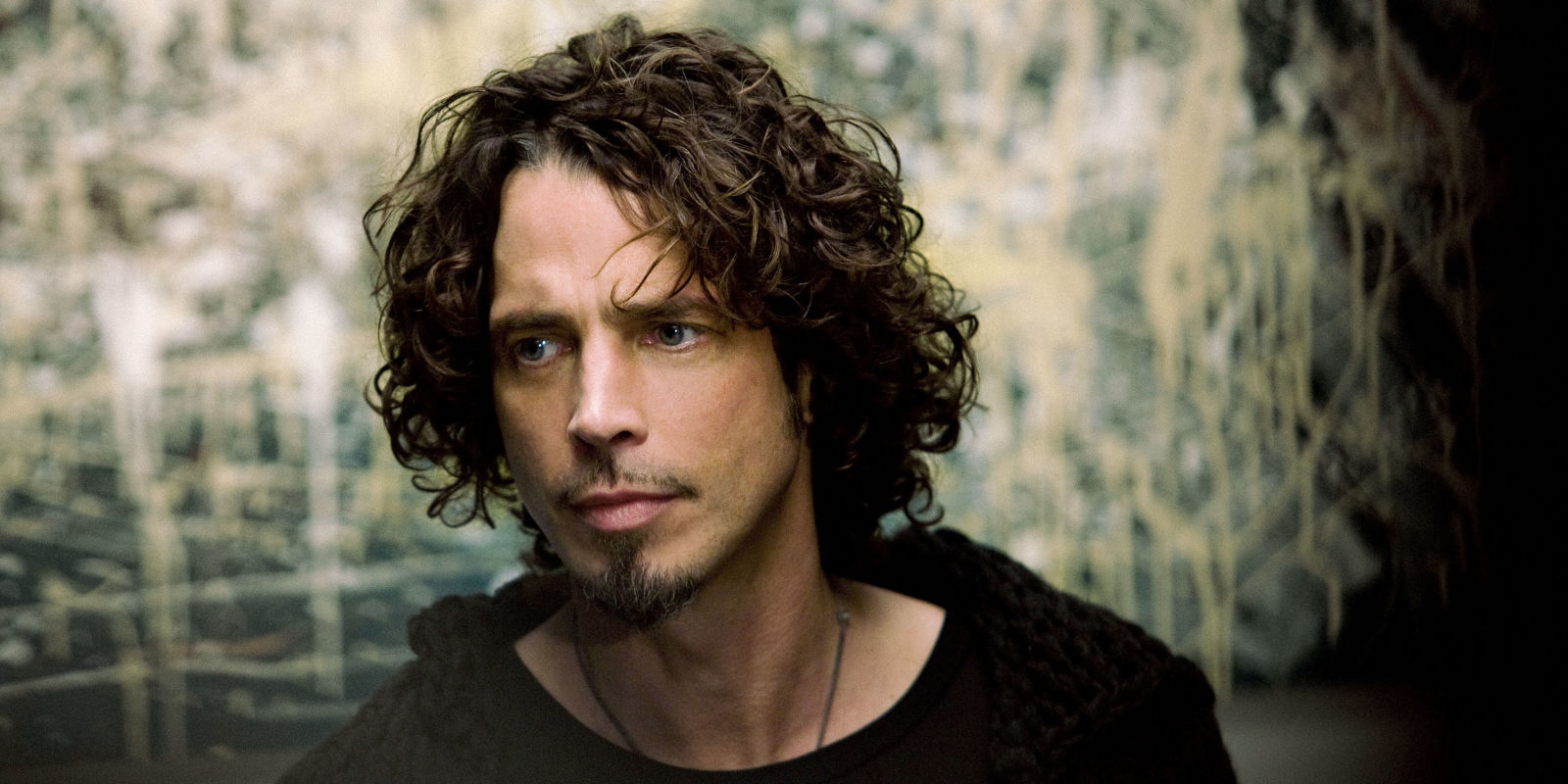 You could have written another few chapters on the legal battles between Chris’s widow and the band regarding the claim of misappropriating funds from the charity concert, whether the band was paid to play the event, and whether the seven songs on Chris’ computer were directed for a Soundgarden album. Can you give us your point of view on those things?

I considered writing an Afterwards in the book about everything that has happened since Chris‘ death, but I felt that I was telling the story about Chris‘ life. Anything that would take away from or distract the reader would defeat the purpose of what I was trying to do, so I decided to leave it out. I wanted to focus on Chris‘ life while he was actually here.

In your opinion, do you think those songs were slated for Soundgarden?

You would have to ask all the people involved, but there is photographic evidence that he and the band were working in multiple studios together in the years prior to his death. They had also passed around tapes so only the band could speak to it more. 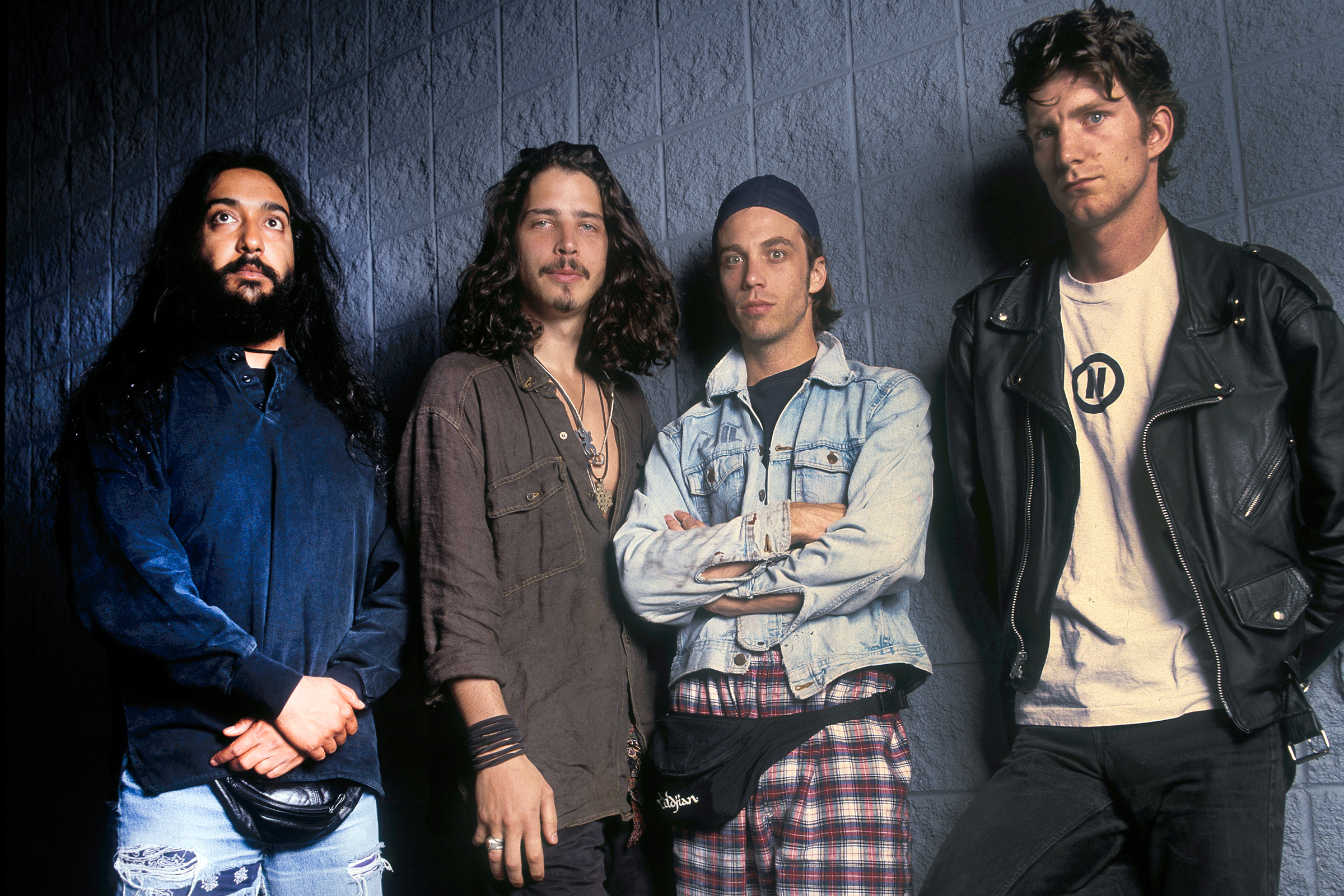 Do you feel that Soundgarden, Temple of the Dog, and Audioslave all helped shape the sound and aesthetic of an entire generation in the 90s?

Absolutely, they all drove culture for four or five years in the Seattle area, where Chris was heavily involved. Even his wife at the time Susan Silver, who managed Alice in Chains connected Chris with members of Pearl Jam. These were tremendous drivers who fell ass-backward into being cultural icons and leaders. They were all trying to grapple with and figure out their way forward. They felt a lot of pressure, but they handled themselves very well in the face of all that scrutiny and pressure. They wore flannel because that is what they wore, and people adopted it. It was one of the few times there was an authenticity due to the geography of bands from that era. They were all friends whose coming together was very organic, and the entire world seemed to pick up on it. It was a dynamic moment in time. It’s crazy to me because people talk about what great songwriting these artists had and if they reached their peak of creativity? I would put that period of 1990 to 1994 when Chris was writing with Soundgarden, Temple of the Dog, and even for the Singles movie soundtrack as an incredible run of music. I could see why it resonated so well with people.

I have to wonder with the initial success of Temple of the Dog was there ever any thoughts of Chris leaving Soundgarden?

I think it was always a side project. When Temple of the Dog came out, nobody paid attention to them. It wasn’t until when Pearl Jam re-released the “Hunger Strike” video on MTV that things started to pick up. Soundgarden‘s “Badmotorfinger” and Pearl Jam‘s “Ten” were on the way, and both bands were already out of the gate doing their own thing. Who’s to say whether Chris would or would not have done something with them again? It was a one-time thing for Andy Wood, and then they all went back to their day jobs, so to speak [laughing]. 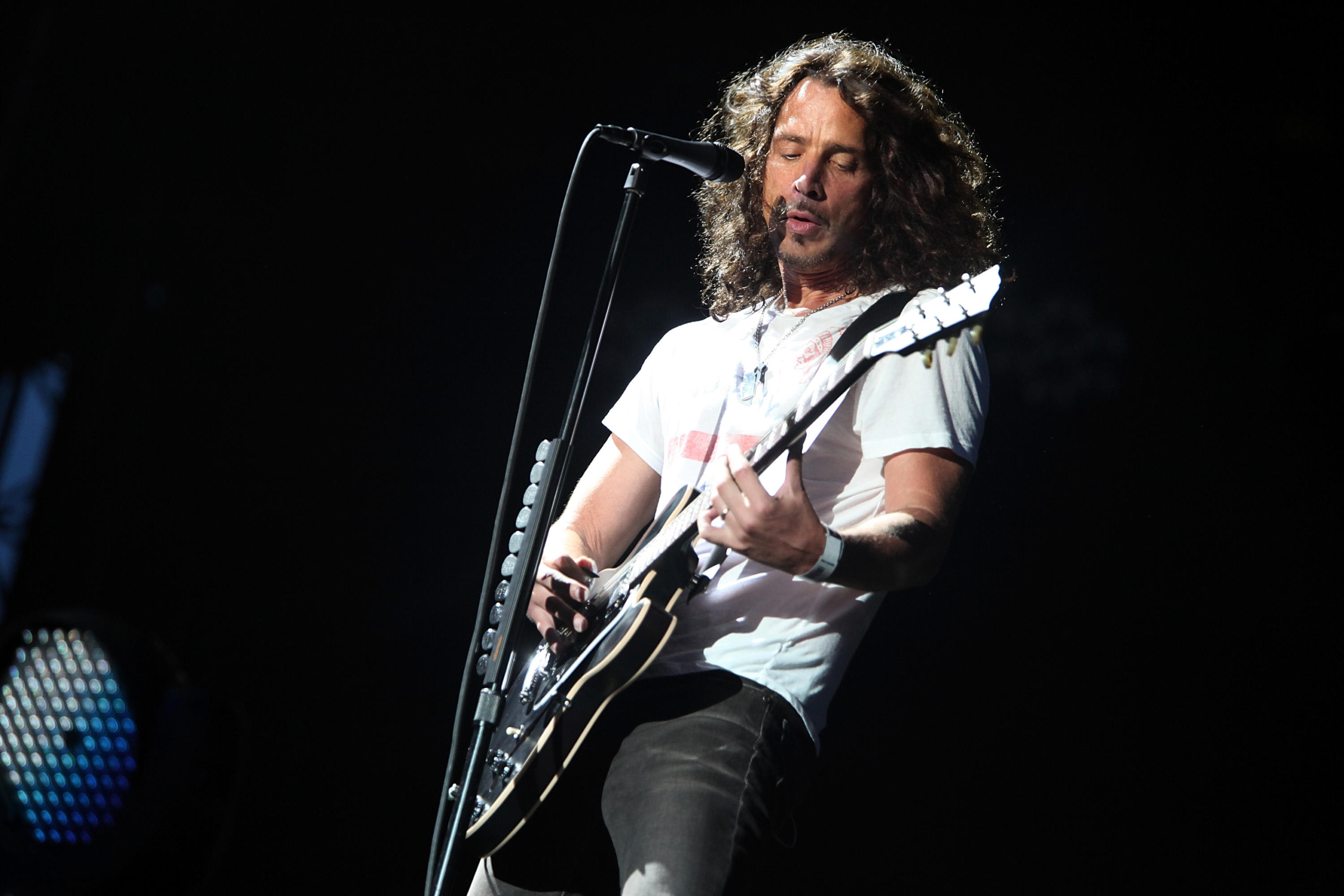 Some of the biggest rock stars of the grunge era are no longer around like Chris Cornell, Kurt Cobain, and Layne Staley. Can you draw any coloration as to why that is?

I can’t reduce it down to one unifying theory as to when or why those guys all when out when they did. Just because they were all from the same area and famous around the same time, we can’t assign the same reasons as to why they did it. There are so many individual factors and pressures that went along with it. They were individuals and processed things in different ways.

I may have missed this in the book when did Chris change his name to Chris Cornell?

He was born Chris Boyle, and in the late 80s around the time of Soundgarden‘s first gig, he started using his mother’s maiden name of Cornell. His parents were divorced, and he didn’t have the greatest relationship with his father. You have to admit that Cornell sounds a lot better than Boyle [laughing]. It’s more of a rock star name. 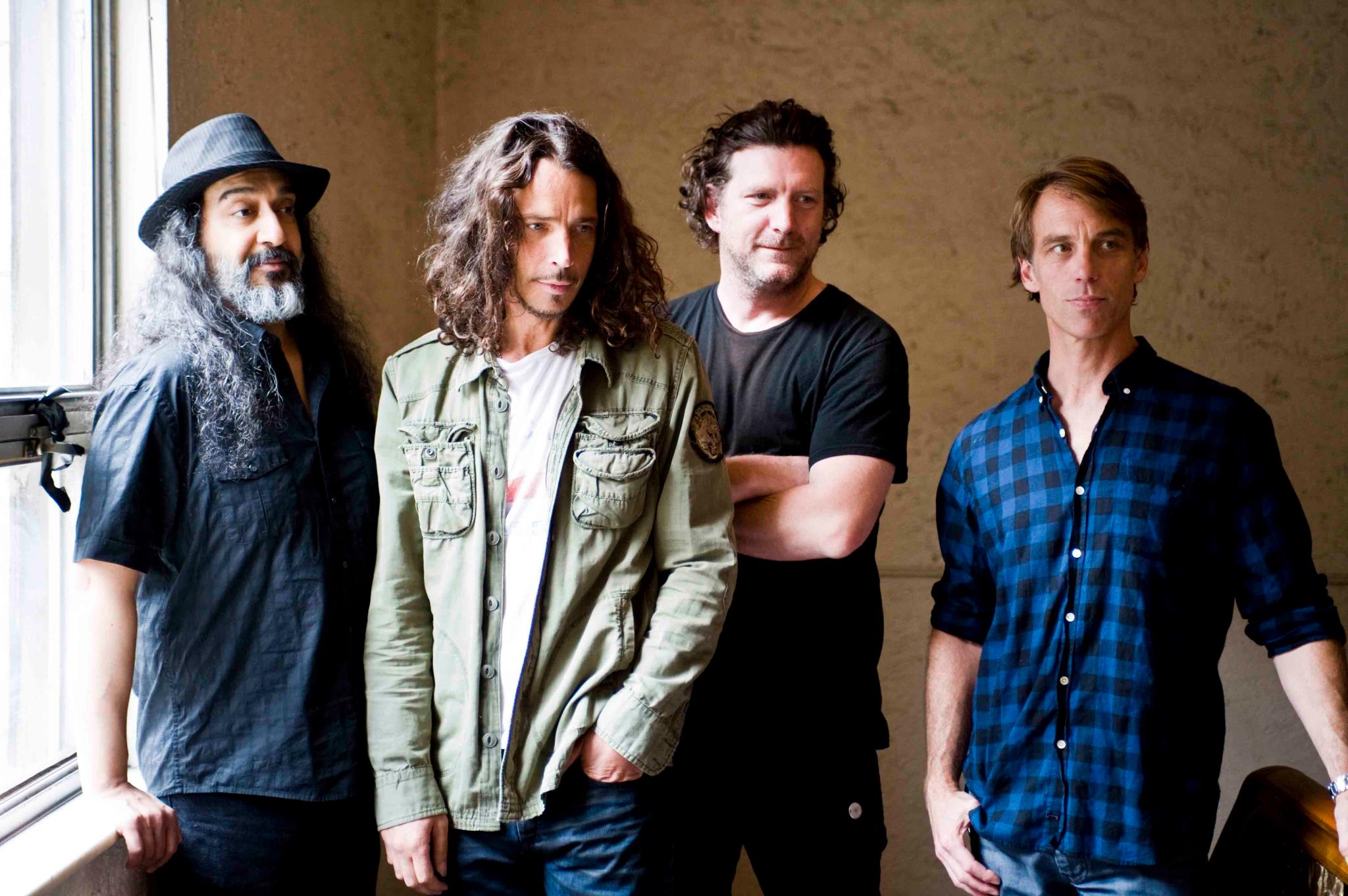 I saw Soundgarden open for Guns ‘N Roses at Madison Square Garden, and they put on a tremendous show. This was obviously a fantastic opportunity for a newer band, yet in your book, you mention that they liked to break the rules that Guns had in place for their opening acts. Why do you think they were so obstinate when given this career-changing opportunity?

They were young guys, and when you tell a 20-something-year-old-guy, on the verge of being rock stars, not to do something, they are naturally going to bristle against it. I’m sure the monotony of touring had something to do with it as they were sitting around all day and not in the comfortable environment that the headlining bands had. Chris and Duff McKagan were great friends, but there was still was a huge clash of personalities between Guns and Soundgarden. The crew in Guns started calling them “Frowngarden” because they were a little more dower and had a different outlook on music and life, but they weren’t so different on in the end.

Many metal bands, commercial rock bands, and glam bands of the 80s sited grunge as killing their career. What are your thoughts on that?

It’s interesting as most musical movements are youth-driven. It’s the generation from 17 to 22 years olds who makes the waves, and then others follow in. Grunge was an unexpected reaction to the bloated and over-the-top images that came from the Poison-type of bands. The younger generation was discovering music that was so unlike what their brothers and sisters were listening to. They wanted to say, “This new thing was cool, and we are different,” so they put their stamp on it. 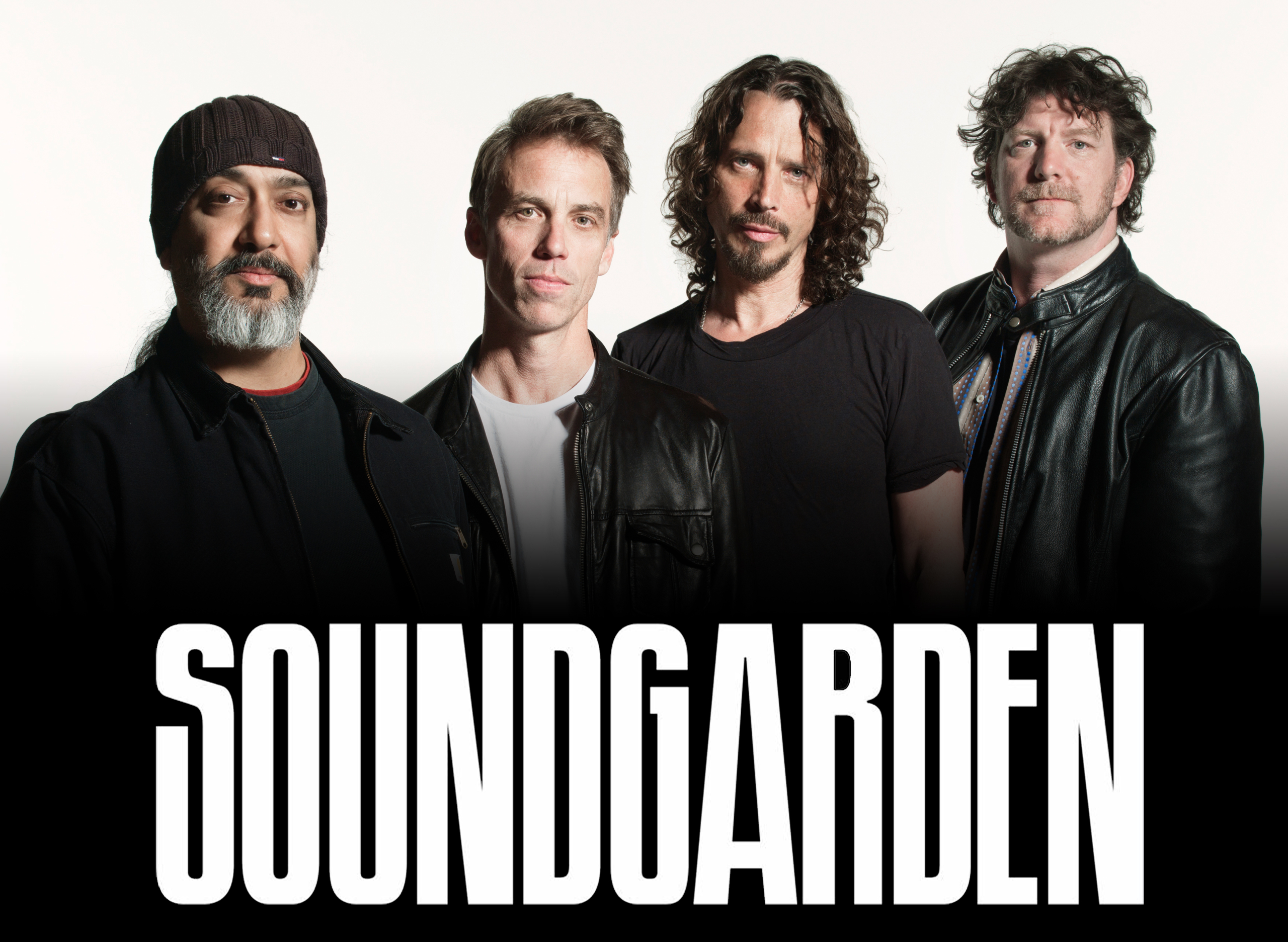