Some statements are so unambiguous that they require no further explanation: “If you like the first song, then the odds are you’ll like the whole album. It’s balls-to-the-wall heavy metal, song after song. No ballads and nothing your mom will be humming,” promises Carl Canedy, drummer of legendary US metal act The Rods. Recorded at the Barn Castle and the Nire Studio, engineered by Lonnie Park, Carl Canedy and Eric Chesek, the album features spectacular cover artwork courtesy of Belgian artist Eric Philippe and brings a breath of fresh air to the band’s classic metal. 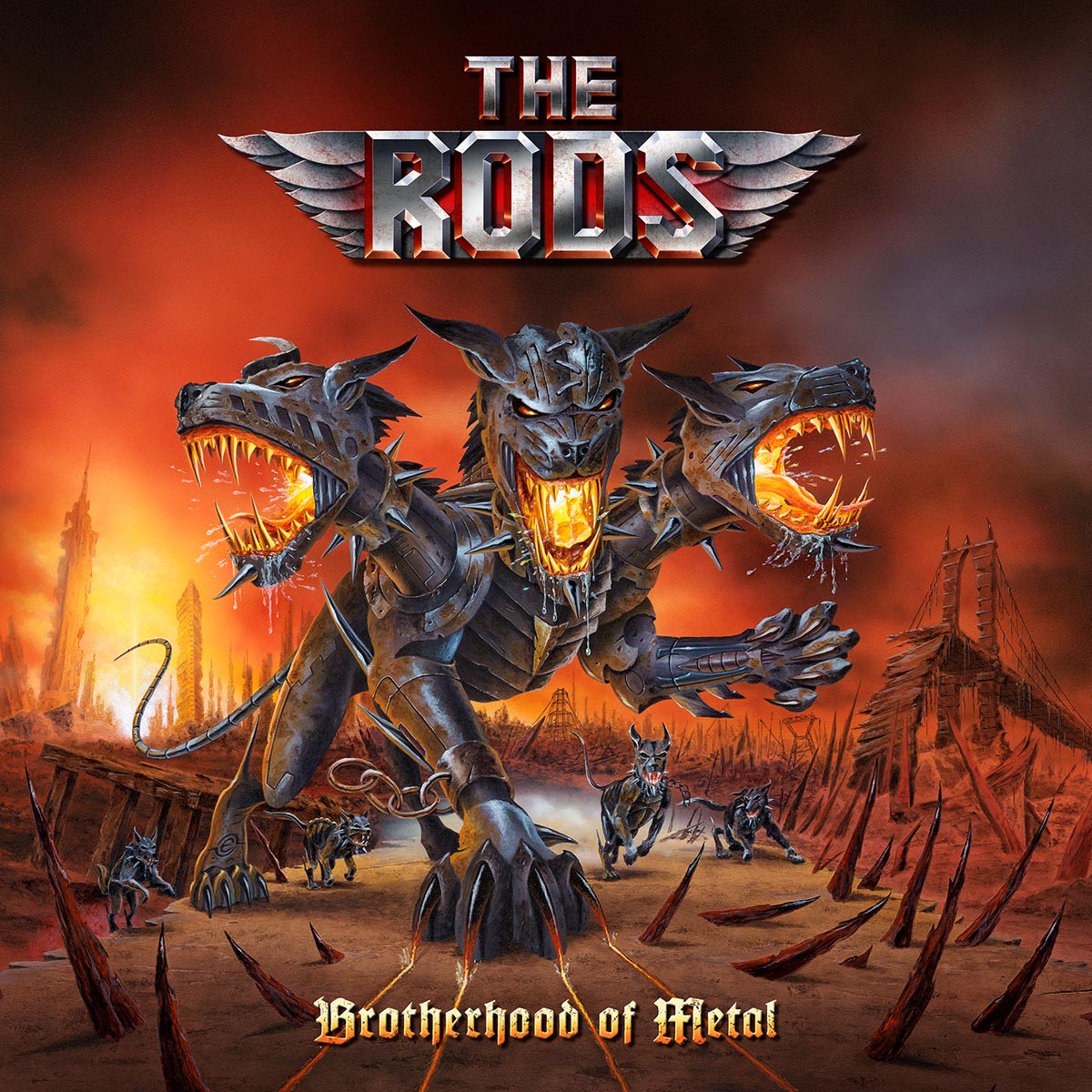 The American drummer talks about the latest Rods album, Brotherhood Of Metal, which is scheduled for release on Steamhammer/SPV on 7 June 2019. The three musicians: David “Rock” Feinstein, Canedy and bassist Garry Bordonaro have recorded eleven songs (a twelfth track will be included as a bonus track on the vinyl edition), in other words in exactly the same lineup that cut their 1982 cult release Wild Dogs. “When we’re together it’s clear that we have a strong bond. That hasn’t changed since then. What has changed is that we now have families and adult children. Other than that, it’s still the same as it was. Only now our kids come to the concerts. It’s still weird for me to hear my daughter start singing a Rods song out of the blue. I never imagined that would ever happen. David, Garry and I are still close friends all these years later, we’re a band of brothers and proud that we’re heavier than ever and making great Rods music for the fans.”

Heavy metal marauder and contributor to the Sonic Perspectives team Michael “MettleAngel” Francisco sat down with Canedy to talk at length about Brotherhood Of Metal. Listen to their chat, or subscribe to our Podcast in several platforms to listen and be notified about new interviews and contents we publish on a daily basis.