Last November ex-Black Veil Brides bassist Ashley Purdy released a new song called “Nowhere” to his legions of fans, a song layered with haunting melodies and thought-provoking lyrics that touch upon his personal experiences and struggles in coping with loss.  A “coming to terms” song which everyone in life must deal with at some point in time.

Now considering himself a free agent, his future is limitless as he moves to the next chapter of his life promising more songs; an album full in fact, and floats the possibility of tour. Contributor  Robert Cavuoto had the opportunity to speak with Ashley about his new outlook on life and what the future holds in terms of writing and creating music. Read their conversation below!

In October, you shared a very heartfelt and emotional update on your family’s status as well as your own health. How have you been doing?

It just had to take its course, but at least I was strong enough to know I needed to seek help. I was trying to be a tough guy and deal with it on my own until one day I broke. I went to a physician to get some meds after telling him my story, and he was like, “No, you need more treatment.” I was admitted to a psychiatric hospital for a week to get medicine, therapy, and grief counseling. At the group session’s, I heard other people’s stories and knew I wasn’t alone. The oddest thing was a psychic medium who I didn’t know, reached out to me through a friend-of-a-friend, to give me a message from the people who passed into the afterlife. What the medium told me was very believable as nobody would have known the level of details they shared. Strangely, hearing that they were okay helped me. This whole thing changed my perspective and I’m living a different way. I’m an open book now. There is nothing I won’t say or do or help someone. It’s part of life, and I’m accepting it.

I’m grateful that you are doing well. Has any big-name bands asked you to join?

People did approach me, but it was such a short period of time from when we announced the split to when I put out some music. I had these songs written over the last year, and I thought there is no better time than now to start releasing them. It snowballed to where we are now, and I’m like, “Wow, I guessing I’m really doing this!” [Laughing]

I’m grateful that you are doing well. Has any big-name bands asked you to join?

People did approach me, but it was such a short period of time from when we announced the split to when I put out some music. I had these songs written over the last year, and I thought there is no better time than now to start releasing them. It snowballed to where we are now, and I’m like, “Wow, I guessing I’m really doing this!” [Laughing] 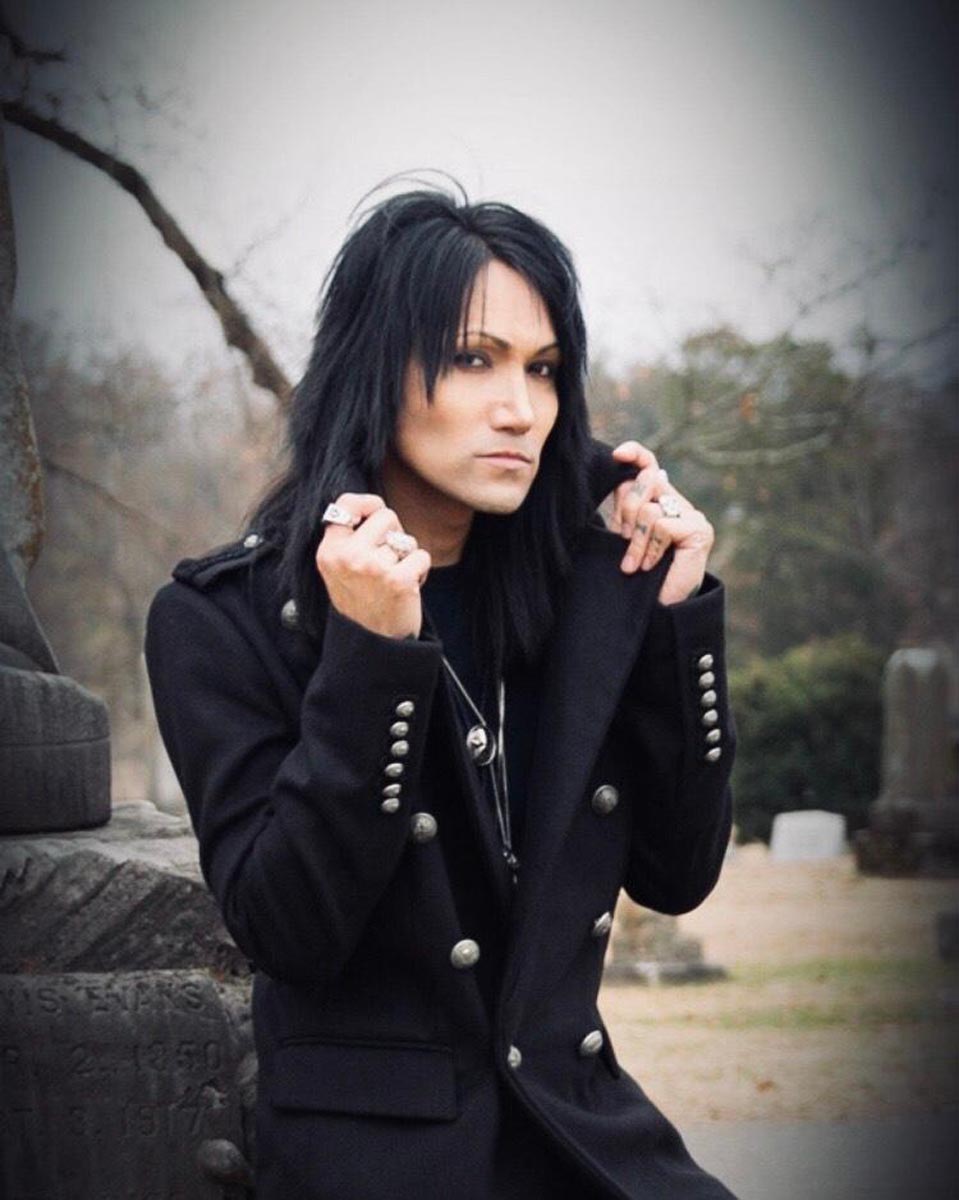 The song you released called, “Nowhere” showcases your talents as a musician, composer, and singer. Did you play many of the instruments?

This is completely my project as I wrote all the songs, all the lyrics, and all the melodies. I put together all the art and concepts. When I went into the studio, I had other musicians help out with instrumentation, production, and engineering in order to get them sonically where they needed to be. I’m leaning to have more instrumentation in the songs; more than I have ever done before. I think the major instrument in my songs are keyboards. I purposely didn’t add a lot of guitars because I’m coming from a guitar-driven band. I’m now going in a different direction. I want to create “genre-less music,” and whatever I feel like writing, I’m going to write. I’m not going to pigeonhole my music into any one genre. There are songs that may be on the heavier side but I have other songs that have an alternative sound. I want to put them out because I couldn’t before. It’s very liberating and freeing to be solo and have the freedom to do what I want under the brand of Ashley Purdy.  There are no rules. Some of the songs even have a sitar on them! There are a lot of weird instruments and instrumentation on my songs. It is very experimental, and I was willing to try lots of different musical approaches. Some of my songs are influenced by Bowie, Beck, and Trent Reznor. Trent has been a huge influence on me. You’ll be able to hear the influences when the songs come out. The songs have a dark Romanticism about them. All the songs are dark and written in minor keys, which I can’t help [laughing]. When I met with the producer to show him the songs, he mentioned that they were all dark. I told him I don’t know how to write anything different [laughing]. It garnered a new audience when I put it out. There was a lot of positive feedback online; I was ready to take some criticism but there wasn’t much of it.

Understanding what went on in your life, the lyrics to “Nowhere” seem autobiographical. Was that the case?

When I was in therapy, all I had to do was write. I was in a gown with slippers. There was nothing in there that you could use to try and hurt yourself. You can’t even take the sheets off the bed. I didn’t have access to a cell phone. The only thing they gave me was a small pencil without an eraser that you can’t sharpen. So I sketched and wrote all day. The words which became the lyrics to “Nowhere” started as a poem in my journal.

Will we see you on tour?

That’s the tough part. I’m not sure if people know that touring doesn’t make that much money. Albums don’t make money, and now touring doesn’t make that much money. You want to give people a show, so you put money into production and don’t always make it back. People may also not know that it costs a lot of money to tour. Anything I do now has to make sense. It has to be done strategically and correctly.

Would you be playing bass while handling lead vocals in a live setting?

I would play guitar live. Next week we are starting pre-production on a video for the next single, and I’m playing guitar on it.

Will the band have a theatrical look and will you wear make-up?

I come from the school of theatrics and that is who I am as a person. It will be theatrical in some sense. There is no way I’ll step on stage in jeans and a t-shirt.

Will your band be called, Ashley Purdy, or will you give it a band name?

From a marketing perspective, it has to be my name. Initially, I was fiddling with names, but I would have to rebrand myself to get people to know what it is. If I start with my name I have equity in it and people know who I am. I’m liberated and feeling awesome; I can create the music and art I want.

Are you planning to release a full CD?

I have about 13 songs worth of material. What will make the album, I’m not sure yet. Right now, the strategy is to release singles leading up to an album. I’m going to put out a new song on my birthday, January 28th, as a present to my fans. It won’t go on an album, but the fans should hear it! I’m approaching it from two ways – I’m putting singles out because that’s how people get their music today, but when you buy the album, it will be a journey. There is a reason the listener is supposed to hear it in a certain order. It’s just the way I am as a creative and marketing person.

Are you open to joining a high profile band should the opportunity arise?

That’s too hard to say. I feel so free and liberated that I can do what I want to do and how I want to do it. My vision is limitless. In my next video, it will have a storyline and theme, not just a band playing live. It will come out mid-to-end of February. I’m trying to put something out every 3-4 weeks to keep things fresh. All my time and energy is being put into this solo project. You know… Prince wasn’t a solo project; he was Prince. Marilyn Manson is not a solo project. I shouldn’t call this a solo project anymore; it’s my band!