Crack the Sky should have been big—I mean, really big.  Yes, I know, that can be said about so many bands…  but Crack the Sky deserved better.  Their first album—entitled, no big surprise, Crack the Sky—received Rolling Stone’s “Debut Album of the Year” designation.  It’s number 47 in that magazine’s Top 50 Prog Albums of All Time.  The critics loved ’em.  The unwashed masses didn’t buy ’em.  And the cracked sky is crying.

The group emerged out of Weirton, WV (about 36 miles west of Pittsburgh) with a unique sound and a vision that sprang from the brain of songwriter/rhythm guitarist/singer/frontman John Palumbo.  Key changes were frequent, as were rhythmic jumps.  The lyrics were sardonic and often dark, in contrast to the upbeat music.

They should have been big.

Take that first album.  The opening track “Hold On” brings out the funk, with a chorus that goes straight rock ‘n’ roll featuring the twin guitar attack of Jim Griffiths and Rick Witkowski.  The title commands the listener to do just that—hold on for dear life through the remaining eight cuts. “Surf City” continues the funk and roll approach as Palumbo talks about teenage ennui, kids who can’t figure out who they are or what they want to be (“I thought surfin’ was my life, Surf City.  Surfin’s not my life.”).  “Sea Epic” is more traditional, at least musically, a soaring anti-war ballad with string accompaniment.  That’s followed up by “She’s a Dancer,” a gender-bending tale which goes back to the funk ‘n’ roll approach that’s entirely danceable (well, for the most part).  This is one of Crack the Sky’s best known songs, which ain’t saying that much.  But it’s a compact single at just under 4 minutes.

It should have been big. 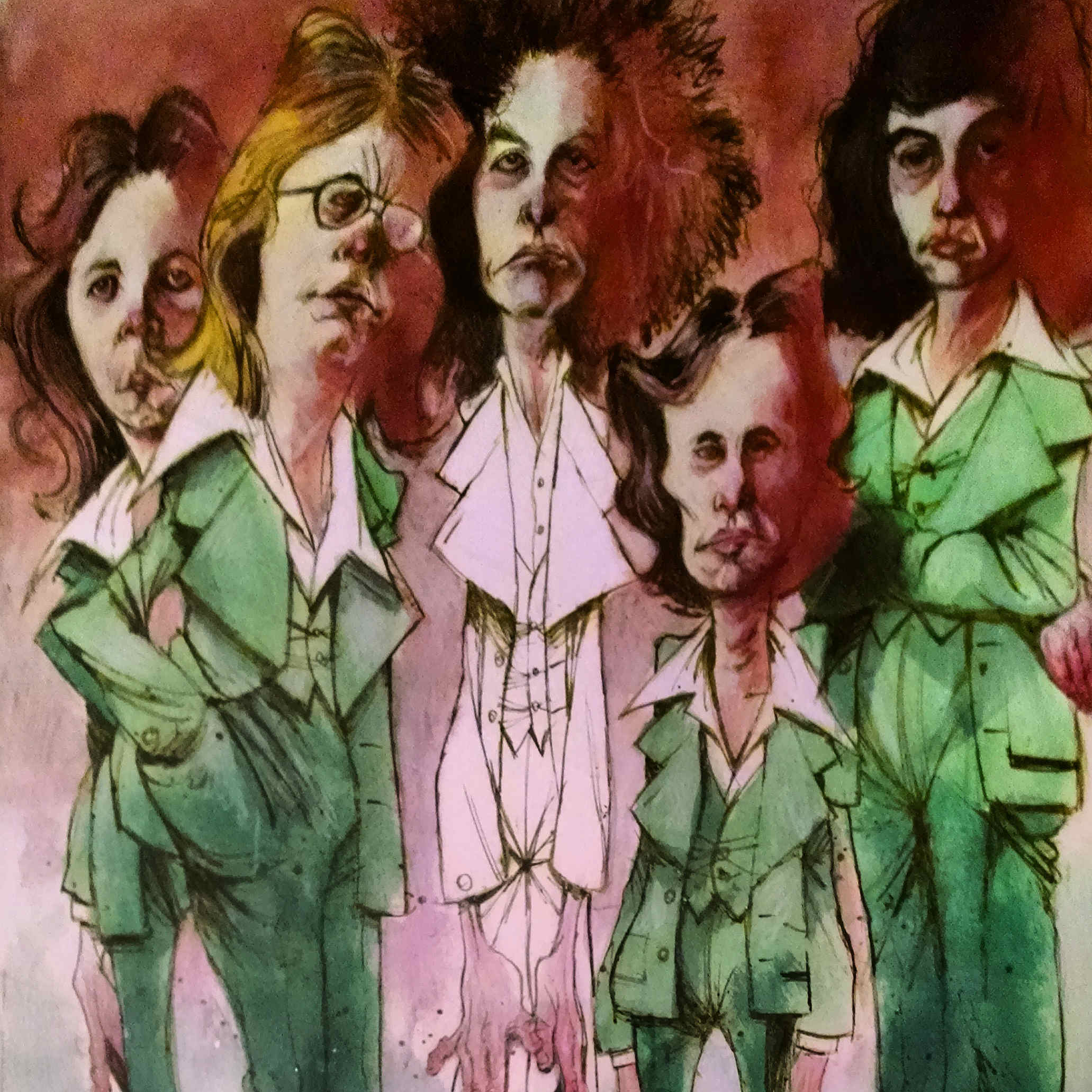 “Robots for Ronnie” is a tale of a lonely kid who has no friends, no activities, no nothing.  Relying primarily on piano and vocals, it switches from ballad to tin-pan alley in it’s strange take on finding companionship and parents worrying about their child: “I guess we need robots for Ronnie, a stainless steel group of chums.  Robots for Ronnie.  A boy and a girl.  Maybe an aluminum cat.” Then there’s the epic “Ice.”  It’s a winter that never ends, a lonely, cold, dark season that freezes the skin and spirit—in 6/8 time (with a couple of changes in the middle).  This one highlights the drumming of Joey D’Amico and bass of Joe Macre. These guys are good. They should have been big.

But label distribution problems hurt the band’s first two albums (and the second one, 1976’s Animal Notes, is just about as good as the self-titled debut). Crack the Sky became big in Baltimore and some East Coast cities, but that was about it.  John Palumbo split before the third record came out, permanently stunting the band’s development.  And although Palumbo would come back later to head various incarnations of the band—including one that still performs and records—it just wasn’t the same. The sky had cracked and no amount of duct tape could put it back together again.

Crack the Sky was a unique band in those halcyon days, quirky and funny and thoughtful and fascinating.  In concert—and I saw them in ’77—they were an incredibly tight unit that faithfully performed the albums but with an urgency and energy that made the songs new. Playing that first album, one is taken back to a time when all things were possible and a band from a tiny burg in West Virginia was showing what art/Prog was all about.

They should have been big.