Exactly one week from today almost every single progressive rock magazine or fanzine around the world was celebrating the coming of the 25th anniversary of what can arguably be called the quintessential album in the evolution of progressive metal: Dream Theater’s “Images and Words”. Today, I want to travel back in time and write about a mostly unknown album from that very same era which flew under the radar for many progressive rock and progressive metal lovers and which is one worth revisiting.

Let’s set the record straight since the beginning: The Prog Metal category is known for having plenty of bands that just assimilate the sound ‘created’ by Dream Theater rather than adventuring themselves through at the time fairly new sub-genre. They were subsequently named “Dream Theater clones”. What many forgot while labeling them, is that pretty much every single music act from the 70s onwards got their influences from those who came before them. As I always say, listening to music is a completely subjective experience and my opinion is as valid as yours, even if we are in the opposite sides of the fence. That being said, if you are open-minded enough to enjoy music for what it is, instead of stating the obvious references, then keep reading… 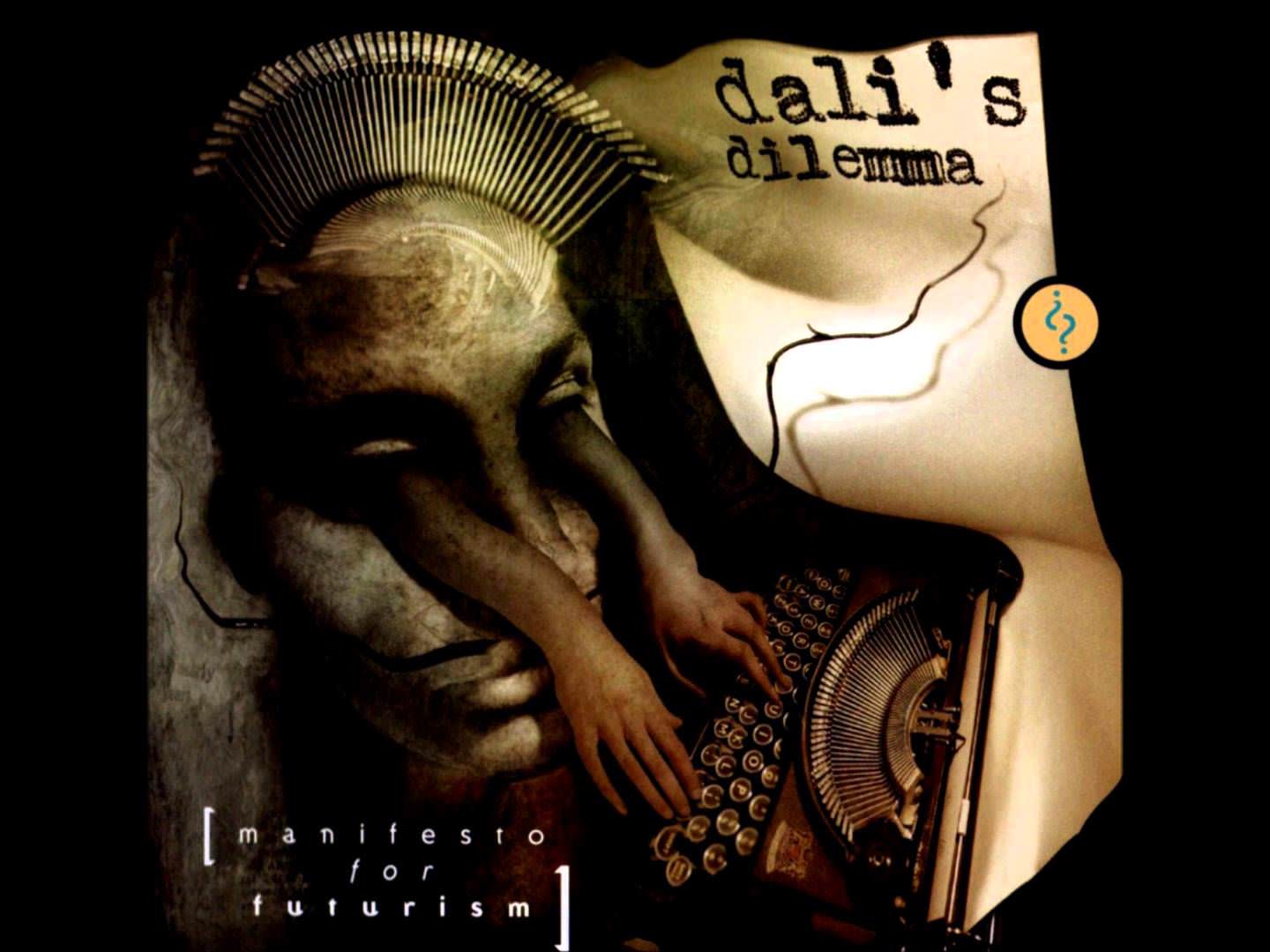 Salvador Dali was a brilliant surrealist painter in the early 20th century. The way that he conveyed his deepest, darkest emotions through his incredibly detailed (and incredibly weird) artwork is a true testament to his inhuman talent. Fast forward a few decades and a progressive metal band by the name of DALI’S DILEMMA hit the scene. “Manifesto For Futurism” is one of those buried records from the golden era of the Magna Carta (Does anyone remember that label?) and should be kept from oblivion. Two brothers, guitarist Patrick and bassist Steve Reyes, met keyboardist Matt Guillory in 1994, soon adding vocalist Matt Bradley and drummer Jeremy Colson (who later rose to fame as the mainstay drummer for Steve Vai) and DALI’S DILEMMA was formed. Guillory was the band’s resident rock veteran, having appeared on approximately 10 records for various artists, as well as Magna Carta’s Rush tribute, the Pink Floyd tribute and the fantastic collaborative record “The Age Of Impact” from Explorer’s Club (where Matthew Bradley also sang).

“Manifesto For Futurism” is an excellently constructed ten-piece set that features strong musicianship (you’ll notice some elegantly gothic, neo-classical tinges in their guitar lines). They managed to capture the essence of Yngwie Malmsteen, Rainbow, and Deep Purple, swirling it all together with progressive metal flourishes. The band’s sound is very much influenced by 89-94 Dream Theater, and indeed, it will remain so for most part of the album: guitar and keyboard inputs are mostly related to the “Images” era, while the rhythm duo is more inspired by the “Awake” era.  You’ve got the blasting shred solos, the great atmospheric keyboards, the diverse but powerful drumming and a not very audible bass, but when audible it’s superb. The only aspect from DALI’S DILEMMA that made an easy distinguishment from both bands is clearly the vocals by Matthew Bradley who is far from being the high-pitched vocalist that James LaBrie was back then in the 90’s. Obviously , virtuoso playing on a disc could never be enough to give a progressive metal album a rating, as almost all progressive metal musicians are top-notch. DALI’S DILEMMA managed to craft hooks within each song while holding onto the tempo changes and keyboard/guitar solos. I wonder how the album would have sounded with Neil Kernon (Nevermore, Queensryche) behind the producer’s seat.

Sadly, this was the only record this band ever made. In an interview with Metal Rules in 1999, Pat Reyes said the band was working on a sophomore effort which actually never saw the light of day. Around August of 2013, I came in contact with the news that Matt Bradley had committed suicide, yet the circumstance surrounding his death were not publicly released. The only band-member who has remained active (as far as I’ve heard) is Matt Guillory, who recently announced  his keyboardist role for Beyond The Katacomb, a progmetal project led by Swedish powerhouse vocalist L-G Persson.

Those who aren’t into prog music may think that DALI’S DILEMMA sounds like every other band out there, those who can see beyond it are no doubt going to appreciate this band’s solely endeavour to form the core of what they could have become. All in all, “Manifesto For Futurism” is an excellent addition to any good prog-rock collection with metal-prog sensibilities: an album that should not be forgotten…