As a 12-year old boy in 1984, and as a 47-year old man in 2019, I could not, and still cannot, listen to enough music. The first cassette tapes I ever owned, and still own to this day, are The Who’s “It’s Hard”, The J. Geils Band’s “Freeze-Frame”, Def Leppard’s “Pyromania” and Ratt’s “Out Of The Cellar”. Although my musical tastes have expanded over the past 35 years, they have not changed.

This past Friday night, the historic Wellmont Theater was filled to the rafters with “Ratt Pack-ers” of all ages (the majority of which were in the same age range of the band members themselves) who welcomed back their SoCal hard rock idols to the Garden State. With more than an hour remaining until ‘doors’ at 7:00 pm, I counted at least 40 devoted fans who had braved the bitter cold temperature to stand in line – many looking to secure a prime viewing spot within the warm confines of the 1920s-era theater, while others were excited and ready to celebrate the holiday season with a drink or two. I spoke with one loyal fan, Lorraine from Pennsylvania, who had already logged more than 5 hours behind the steering wheel in hot pursuit of seeing her favorite band perform live as many times as possible before tour’s end.

Along with their friendly rival Mötley Crüe, Ratt is recognized as a pioneer in the formation of the 1980s Los Angeles glam metal scene, also known as “hair metal.” The reunited hard rock legends are in the midst of a 12-date run, part of their “In Your Direction” tour, that kicked-off in Buffalo, New York on December 12 and will end in Cincinnati, Ohio on December 29. The “new breed” quintet lineup of Ratt is led by original front-man Stephen Pearcy, “classic era” bassist Juan Croucier, and three newcomers who joined in 2018 – Jordan Ziff (lead guitar), Chris Sanders (rhythm guitar) and Pete Holmes (drums). 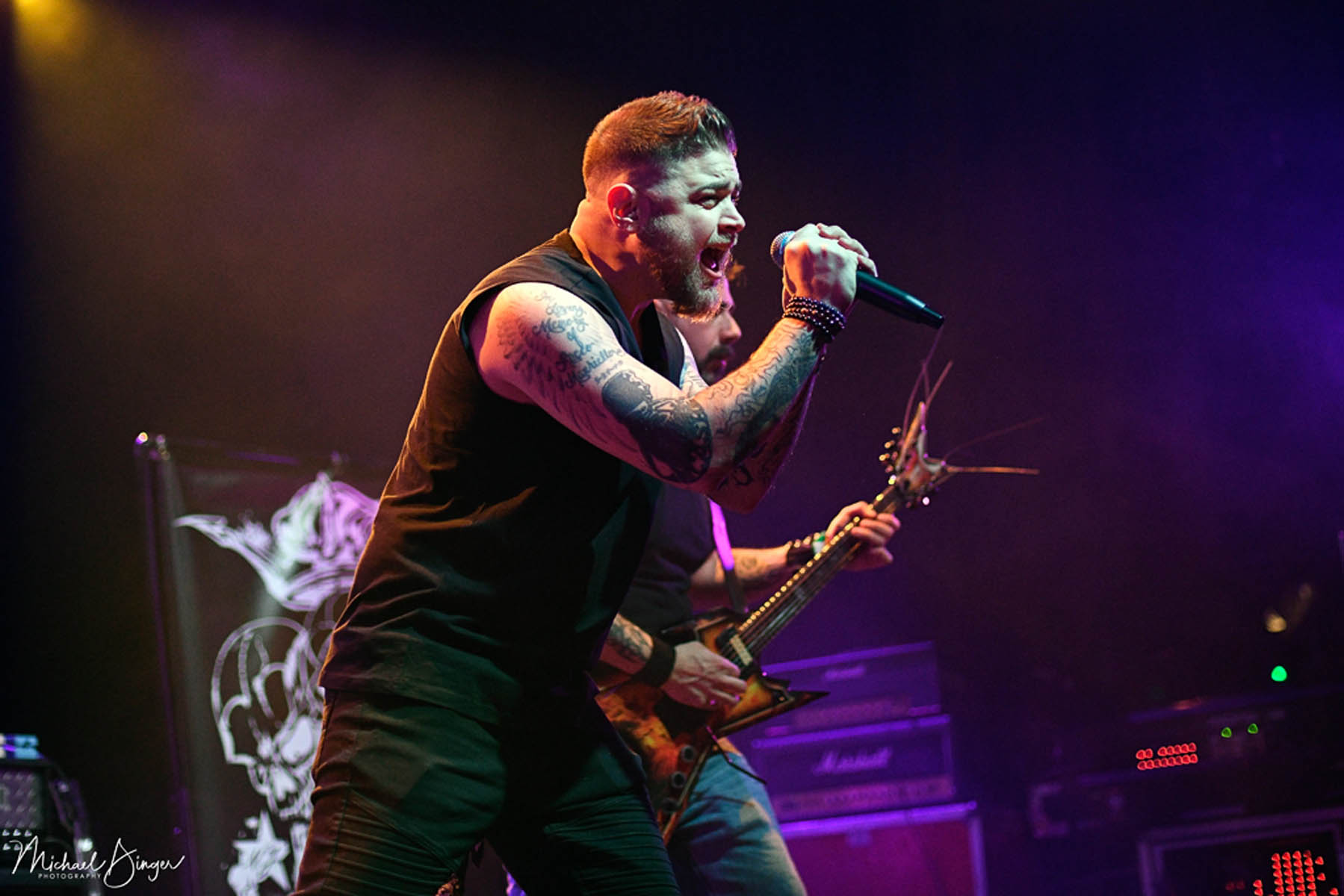 War For The Crown

In support of the headliner were two opening acts, both local and hailing from New Jersey, but each with their own raw and distinctive rock sound. Taking the stage first was War For The Crown (WFTC), a quartet formed in 2016. WFTC is self-proclaimed to have a “sound [that]is a rugged and hostile with sludge metal influence. Our lyrics aren’t for the weak.” Next to take the stage were The Revel, two brothers from N. Caldwell, NJ, Dean and Dillon D’Antuono. Having already opened for Bon Jovi at the Prudential Center in April 2018, these young rockers are clearly headed for the “big time,” as was witnessed by this photojournalist firsthand. 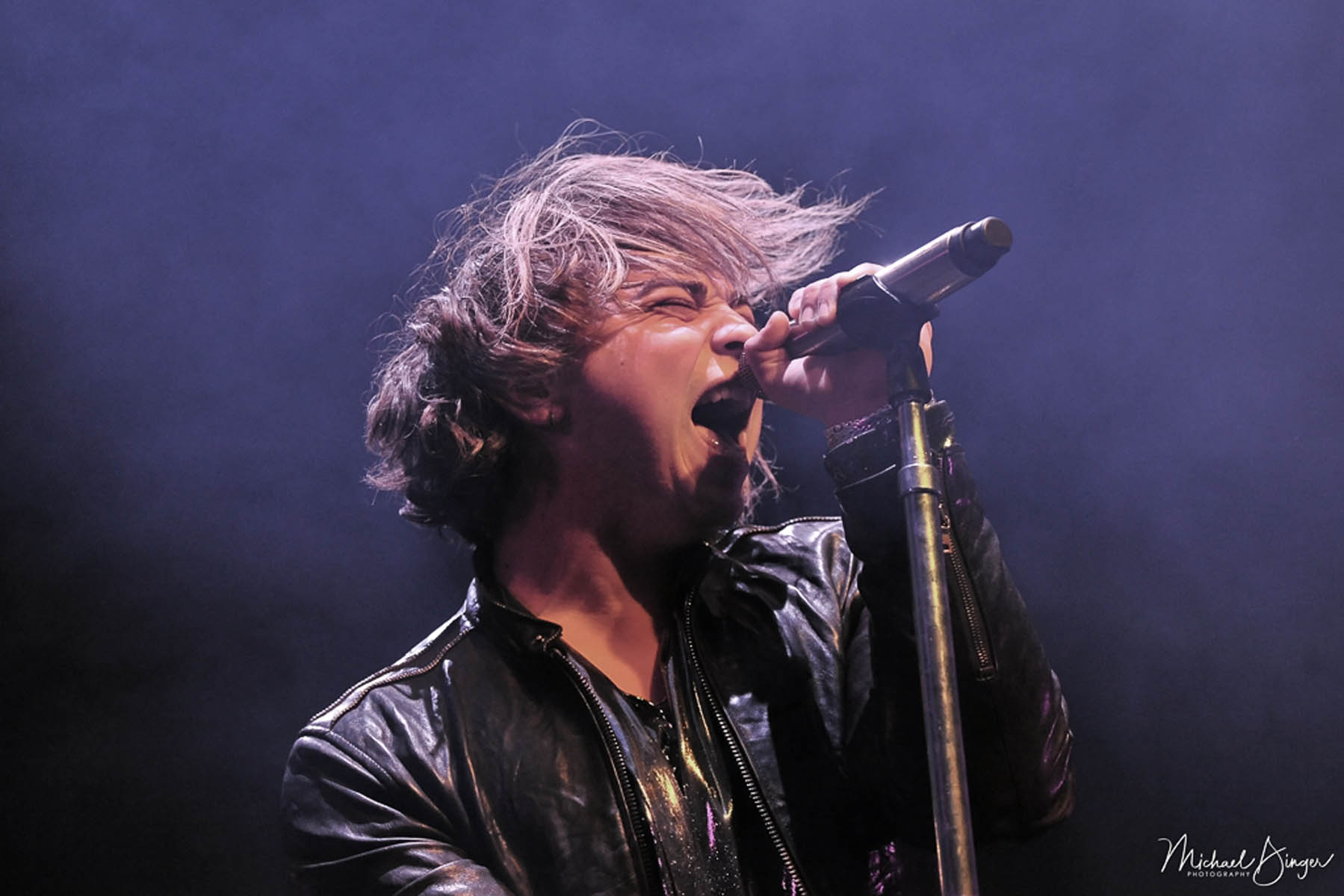 Once AC/DC began to play over the house speakers and the venue went dark, the anxious crowd knew what came next. The first band member to appear, Holmes, took his position behind the kit. He was soon followed by Croucier, Ziff and Sanders. Lastly, Pearcy dressed in black leather and armed with his signature red “Mic Knuckles,” emerged stage right from a thick veil of theatrical smoke as the hard-driving guitar sound of “Wanted Man,” from “Out Of The Cellar”, perfectly completed the scene. The opening number was followed by two more choice offerings, “Dangerous But Worth The Risk” and “You Think You’re Tough,” from “Invasion of Your Privacy” (1985) and “Ratt” EP (1983), respectively.

Ratt’s fourth tune of the night included an absolutely ‘killer’ version of Rufus Thomas’s “Walking The Dog” (1965). Having undergone knee surgery earlier this year, Pearcy appears to have made an excellent recovery, hopping up and down onstage and showing no signs of discomfort. Before launching into their next gift of the night, the 1989 smash hit “Way Cool Jr.” from “Reach For The Sky” (1988), Pearcy explained to the crowd, “This is our Christmas run, which used to be a tradition. We made it a tradition again, except we wanted to start on the east coast, so here we are. Let’s party people!” 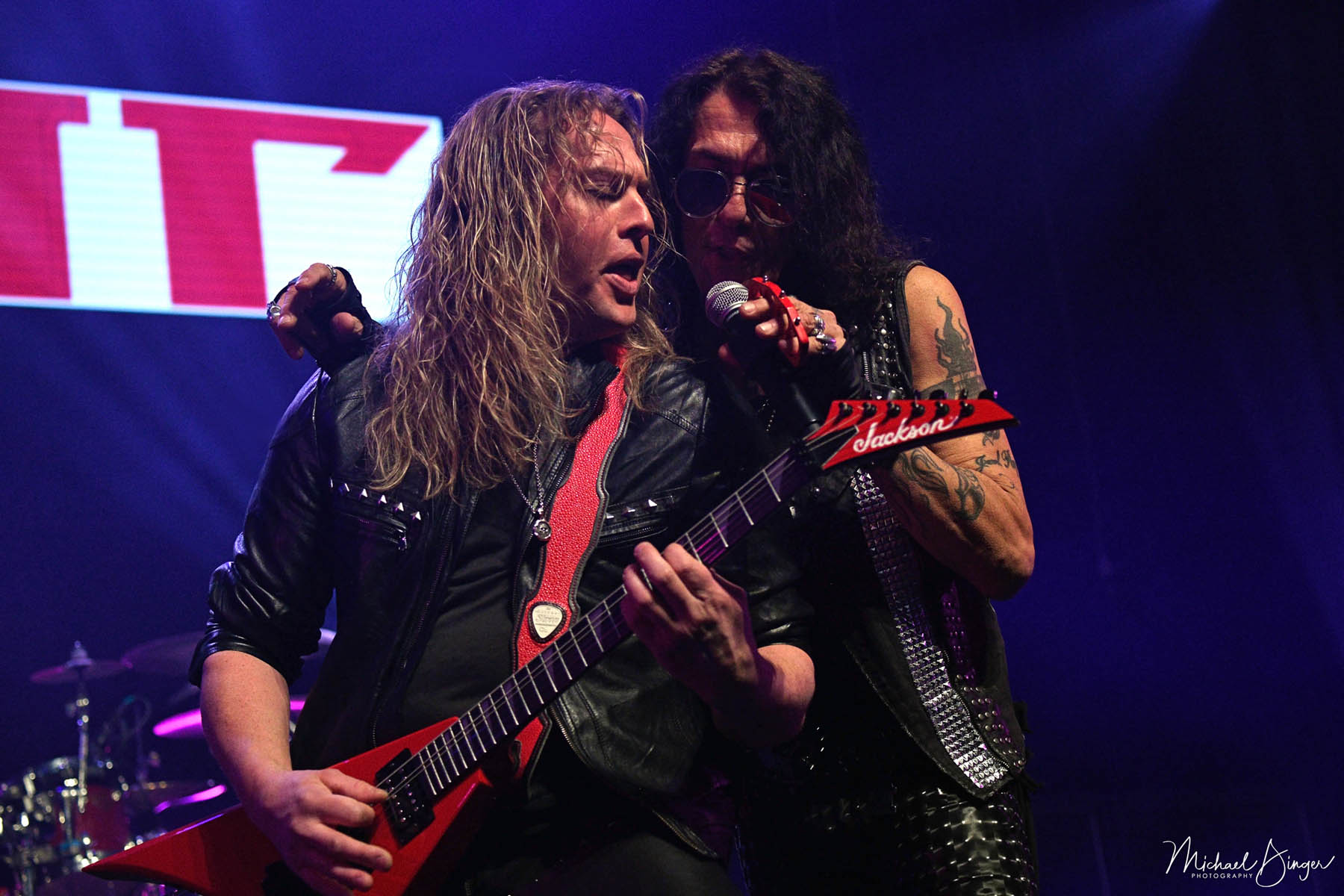 In addition to performing six classic tracks from “Out Of The Cellar”, the next ten songs were perfectly allocated across three albums released by Ratt within a six-year span – “Invasion of Your Privacy” (1985), “Dancing Undercover” (1986) and “Detonator” (1990). Highlights from this portion of the set included “I’m Insane” (which along with “Round And Round,” was featured in the 2008 film starring Mickey Rourke, The Wrestler) and the heavy metal classic “Lay It Down.” A notable moment of the night, among many, is when Pearcy instructed the venue’s lighting technician – “Alright, let me check these people out, give me some lights. Oh yes! I WILL remember these faces, FUCK YES!”

Before the nearly 8-minute long closing number of their 16-song set, you know, the all-time classic ‘rocker’ that put Ratt squarely on the map nearly four decades ago, Pearcy announced, “I think it’s about time people, to go Round And Round.” The band is presently working on a new album for a 2020 release . . . so get ready to Ratt n’ Roll again soon!!!

Wanted Man / Dangerous But Worth The Risk / You Think You’re Tough / Walking The Dog (Rufus Thomas cover) / Way Cool Jr. / I’m Insane / In Your Direction / Lack Of Communication / Lay It Down / You’re In Love / Lovin’ You’s A Dirty Job / Slip Of The Lip / Nobody Rides For Free / Body Talk / Back For More / Round And Round