I can’t think of a more epic trip down memory lane to LA’s fabled Sunset Strip of the 80’s than attending a Great White concert. They are one of the classic bands that brings us some of the songs that defined the 80s and 90s, with their special kind of flavor and unmistakable sound. These guys have sold millions of albums worldwide, and in a career no stranger to adversities they have managed to keep the world’s jaws grabbed in their hands. In 2012 Great White put out a brand new album called Elation after teaming up with their new lead singer (and XYZ singer) Terry Illous. The end result was nothing less than awesome and in my opinion Great White finally sounded like the band that I loved so much back in the day. Their current incarnation rounded up by Audie Desbrow on drums, Michael Lardie and Mark Kendall on guitars, and Scott Snyder on bass have been tearing up across the nation. Just a couple of days before their announced show at The Pompano Beach Amphitheater I had the opportunity to sit down and talk for around half an hour with Mark Kendall, in a very interesting and informative interview (You can listen to it here). During that interview Kendall told us “… we go out there and we want to offer our best and we play our hearts out and that hasn’t changed…” All bands we interview claim to give it their all, but you can’t fool the audience. And after witnessing their last Saturday’s show I couldn’t agree more with his words.

It was a tremendously hot Saturday with temperatures peaking at 102 degrees Fahrenheit, but as the afternoon was giving up and the twilight was darkening the skies, the menace of rain was palpable. We arrived to the venue just in time, the opening band was finishing their set. My wife stayed in the audience and I headed out to the photo pit, packed with photographers and familiar faces. We were verbally giving the usual rules “Only the first three songs, no flash”, nothing out of the ordinary. Anticipation was filling the air and the venue was getting more and more crowded.

The band took the stage, and without fail or falter they launched right into “Step on You”, a clear premonition of what would be coming next. Lead singer Terry Illous walked out to a roar and right out of the gates he was killing it, and it didn’t take more than a couple of minutes for the crowd to get on their feet singing along. This guy knows how to rock and has both the voice and the charisma to be leading a major act like Great White. I believe that one of the toughest jobs in rock is for a singer to take over the duties of vocalist of a band with a 30+ year career. Not only the singer have to be in the spotlight for the whole night, but he has to convince the crowd that he can vocally deliver a good rendition of their favorite songs. But that was no problem whatsoever for Terry, he truly captivated the audience with his powerful and bluesy vocal style and had no problem winning over the crowd. He was simply on fire. After the classic “All Over Now” they jumped into their latest record with the kick-your-ass “(I’ve Got) Something for you”. 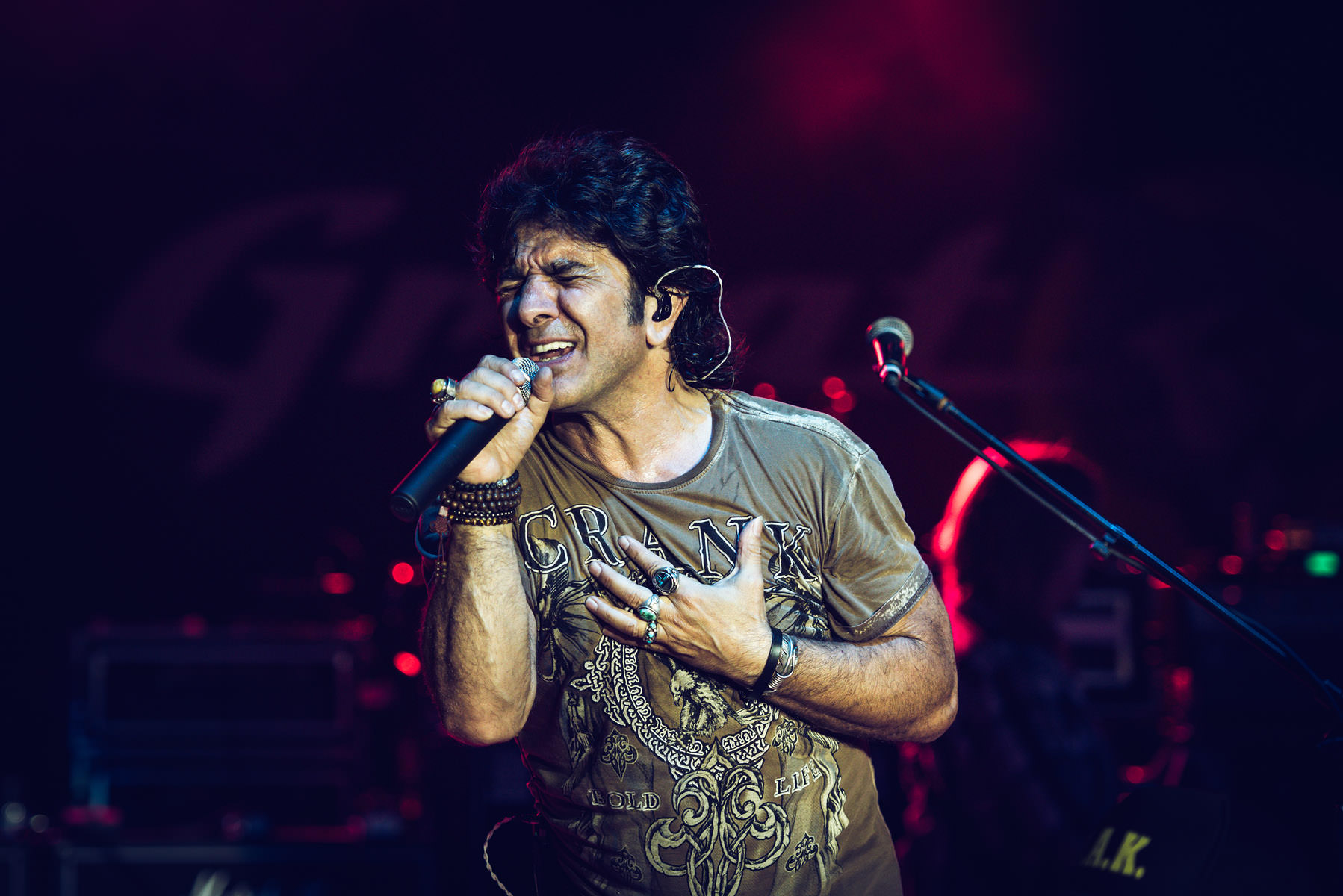 Great White at The Pompano Beach Amphitheater in Florida

In addition to the awesome performance of Terry Illous, I was so impressed with the rest of the band. Michael Lardie is without a doubt the MVP of the band who was on triple duty during the performance, nailing down the guitar, keyboard, and harmonica throughout the show, however most of the eyes were on seriously talented guitarist Mark Kendall. Spending most of the night with a smile on his face, the man in black (black cap, black shades, black jeans and a black t-shirt sporting the famous line “It’s Like A Nightmare Isn’t it” from the movie “The Color of Money”, a nod of one of his personal friend who actually played the character in the movie and coined the phrase) whipped out world class guitar solos at all the appropriate times and was dripping sweat from his effort. That guy has to be without a doubt one of the single most underrated guitarists. That man is a powerhouse player and he just blew my mind song after song, backed up by the solid backbone of drummer Audie Desbrow and bassist Scott Snyder.

Right when the third song was over the rain made presence and the skies opened in a real downpour. I was unable to leave the photo-pit, I couldn’t even move while protecting my gear with my own body. The band stopped their set for around 20 never-ending minutes, while the concertgoers found shelter and purchased some ponchos being offered at one of the merchandise tables. After the rain ceased they re-appeared and if the first three songs had been a real treat, the real deal happened with their comeback to stage. They began with one of their greatest hits “House of Broken Love” and the whole amphitheater went nuts. It was very obvious that the band was having so much fun and the energy and great vibes from the stage was totally contagious and spread amongst the air, reaching up to the farthest rows. The entire band was full of energy, with all the front members rotating throughout the stage, engaging with fans, and giving each one of them a unique and individual experience of their own. The harder they played, the crazier the crowd got.

The rest of their set list was a fine mix of classics like “Save Your Love” coupled with deep cut/fan favorites like “Mista Bone”, “Desert Moon”, their cover of The Angels’ classic “Can’t Shake It” and their greatest song ever in my opinion: “Rock Me”. Saving the best for last they closed things out with “Once Bitten Twice Shy” sending a singing along audience into a pure frenzy.

Great White took the stage Saturday night with one mission: to make sure that everyone in attendance left with a three mile smile on their faces. And not even the persistent rain could prevent them from accomplish that task. They performed with the professionalism and enthusiasm of a band playing in front of 20,000 and totally embodied everything a great rock n’ roll show should. Loud guitars, great songs, lots of fun, and a much needed escape from the recent events shadowing our world was left behind outside the doors. My only gripe is that their set was too short for my taste. Great White was just like the old days, when hard rock was in the spotlight of the mass media. The beat was great and it sounded like they haven’t aged. They took us back to the wonderful old days and we will eternally thank them for it.