A night at the opera of woe.

All too often there is a tendency to obsess over one isolated aspect of a trailblazing project’s history, both by the average fan and the metal media at large. This has been doubly so for Switzerland’s oldest and arguably most consequential bands Celtic Frost, itself beginning as a more polished and accessible incarnation of the blackened speed/thrash upstarts Hallhammer. It is this early period that culminated in such mid-80s gems as “Morbid Tales” and “To Mega Therion” that is correspondingly greeted with the most fervor in metal circles, but it is only a part of the story. True to form, front-man Thomas Fischer (aka Tom G. Warrior) always had his eye fixed towards the distant horizon when at his compositional endeavors, and often shifted sub-genres within the rock/metal spectrum with little accounting for subtlety. One might venture to guess that despite having a fairly stable, lineup that one was hearing a different band from one album to the next.

Perhaps the most consequential and controversial of these stylistic leaps occurred in 1987 with the release of “Into The Pandemonium”, a bold venture into dense orchestrated territory that was among the earliest examples of extreme metal dabbling in symphonic territory. Now a little over three decades to the day, Fischer’s now decade-long project Triptykon, itself being a partial continuation of the previous incarnation of Celtic Frost with a bit more of the older blackened element reintroduced into the mix, has opted to revisit this concept and bring it into what is arguably total focus. The resulting live album, dubbed “Requiem”, sees a sound coming into being that is all too familiar to anyone who has followed the death/doom and symphonic Gothic metal crazes of the 90s, though it was largely unheard of when Celtic Frost original flirted with this sound. Consisting of one of the highlight moments of the aforementioned ’87 opus “Rex Irae” and 2 newly composed offerings, it has been described as the culmination of a long lingering vision by its creator.

The best way to describe this performance is as a triumphant one that suffers to a degree for being a bit too ambitious for its own good. It reflects a tendency towards the early symphonic offshoots of the death/doom scene to throw just about every good idea into a singular pot, resulting in songs of gargantuan length. One would be remiss to forget the massive undertaking that was Estatic Fear’s 1996 debut “Somnium Obmutum” and the early material of My Dying Bride which took a similarly long-winded approach, though Fischer’s approach to this 45 minute, 3 movement performance takes on a more ambiguous sense of tonality and timbre wherein the musical backdrop is concerned. Then again, barring the dissonant and occasionally jagged character of how each note ebbs and flows, one could read a parallel to early Theater Of Tragedy when considering beauty and the beast interplay of guest performer Safa Heraghi’s angelic soprano and Fischer’s mishmash of gravely vocalizations and guttural groans, while the guitar work has a somewhat more adventurous tendency than ordinarily associated with this format. 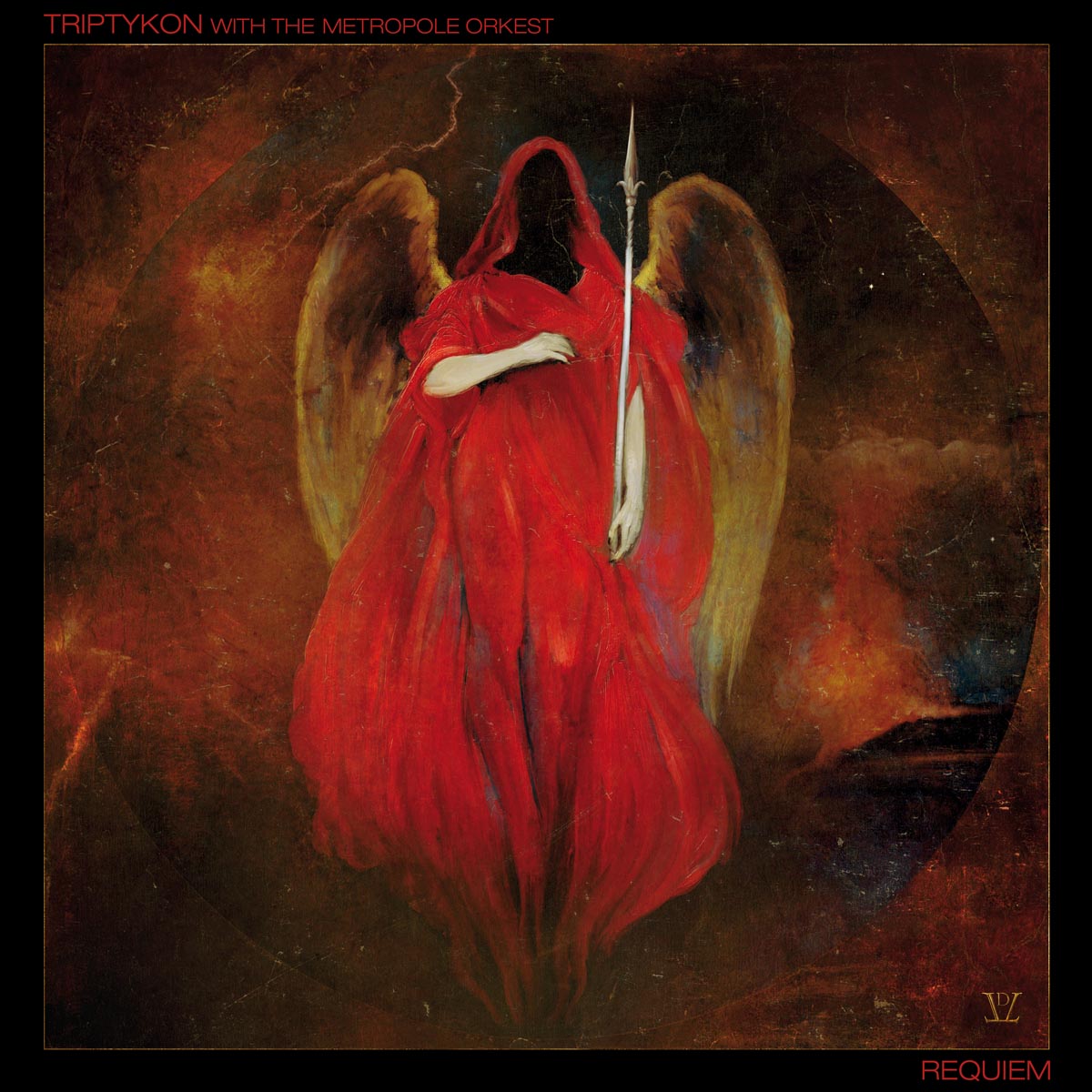 For being a massive commitment that will have a limited degree of appeal outside of the most avid fans of long-winded death/doom, this performance is one that definitely gets better after repeated listens. It begins things on a decidedly strong note with a clearer, beefed up revisiting of the seminal Celtic Frost song that inspired the concert’s name, which balances the lofty character of the orchestral backdrop with the dank, sludgy character of the metallic element quite effectively while keeping things moving. The following 32-minute excursion into all things bleak and forbidding “Grave Eternal” expands on the sort of expressionist symphonic and operatic character of the preceding chapter and ups the sludgy character something fierce. It cycles through a number of dramatic high points while largely coasting at a dreary, subdued pace, accenting the project’s doom tendency and coming off as more trance-inducing than outright bombastic, though this does serve to heighten the climactic points. The closing epilogue serves as a droning, almost ambient afterthought, yet is fitting when heard in context with the rest of the performance.

While this is an album that is mostly geared towards a sound that was far more common 20 years ago than it is now, there is a general degree of appeal that this will hold to old school Celtic Frost fans, though largely among those who weren’t turned off by the change in direction that took place following To Mega Therion and likewise took to their mid-2000s reunion offering “Monotheist”. It definitely retains that stylistic ambiguity that tended to accompany most of the seminal albums of yesteryear that birthed the more refined and clearly defined styles that most of us recognize today, which may serve to widen or narrow its appeal depending on the proclivities of the prospective listener. It’s an album that defies a clear categorization, yet it is fairly familiar nonetheless, and will likely result in a fair bit of applause outside of what was captured on recording at the end of the original performance. It should be heard at least once, yet to be fully understood, further listens will prove necessary

The legacy of Celtic Frost lives on, albeit in its most avant-garde and nuanced of incarnations, through the realization of an all but forgotten experiment during the decades past heyday of hair and sleaze, tempered with a modern sense of sorrow and mystique