If you’ve been waiting for a time to check out The Pineapple Thief, wait no more: Dissolution is the perfect entry point. Twelve albums in, group founder Bruce Soord claims that it now “feels like a new band” and he is supremely proud with the result. After working feverishly for six straight months in the studio, the band has released an impressive album which features progressive rock stylings while still being rooted in singer-songwriter material at its core.

Thematically, the album is a meditation on the underbelly of social media and technology, exploring the ways that they lead to the dissolution of our society and relationships. The album wastes no time in setting the tone by opening with a brooding, understated piece on the piano which is written from a menacing internet troll’s point of view. “Not Naming Any Names” is a chilling way to begin the album, and it’s not going to get any cheerier for some time. Indeed, it won’t be until the final track, “Shed a Light”, where we see any glimmer of hope.

Second track “Try As I Might” subsequently brings the band into the mix and really nails it with a very satisfying, tight song structure. As many reading this review will already know, one of the chief architects of the band’s sonic design (other than Soord himself) is drummer Gavin Harrison who offers not only his amazing signature playing but also receives co-writing credit, a rare feat in this Soord-dominated Pineapple Thief world.  Gavin’s feel is precise and hypnotic throughout the album, raising the bar for the entire group like he did with Porcupine Tree when he entered the middle of their career with the In Absentia album.

“Try As I Might” begins a series of winning songs which pull in the listener one after the other. “Threatening War” stretches out a bit longer with an engaging middle section featuring Gavin. “Uncovering Your Tracks” starts with a sinister groove that No-Man might have conjured, before unveiling a rapturous but defeatist chorus. “All That You’ve Got” is a more straight-ahead driving rocker with a catchy chorus that threatens to stay in your head. And the first single off the album, “Far Below”, captures most all of The Pineapple Thief’s tricks in a neat and tidy four and a half minutes.

By the time we reach the midpoint of the album, the band has fully established that Dissolution is a winner, full of solid material and musical chops which are inventive and economical at the same time. Jon Sykes’ bass playing and Steve Kitch’s keyboards are subtle but effective. Having both been part of The Pineapple Thief for well over a decade, they are solid parts of its sound and approach and have also added musical ideas to compliment those of Soord and Harrison. What’s more, the album sound beautiful from a production standpoint, highlighting the riffs and fills where appropriate but staying perfectly balanced throughout. 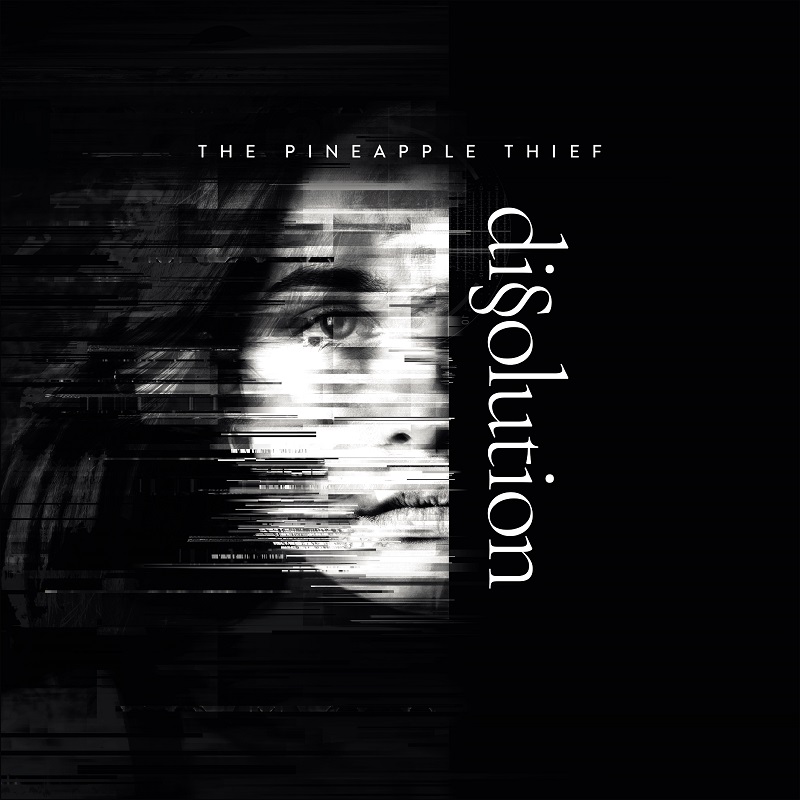 But the band isn’t done with us yet. After brief acoustic piece “Pillar of Salt” we are treated to the 11 minute “White Mist”, featuring several different sections tied together by Gavin’s inimitable playing and Bruce’s guitar riffing. It’s a satisfying journey… not quite a prog epic but certainly a centerpiece of the album. We end with the aforementioned “Shed a Light”, a perfect finale which finally affords the listener some breathing room and leaves us on a positive note. If they close with this in concert, get your Bic lighters or iPhone flashlights ready

The one thing lacking with the album – and perhaps with the band as a whole – is diversity. The Pineapple Thief has a defined sound and while that is expanding to a degree with the inclusion of Harrison’s ideas and input, there isn’t anything nearly as inventive or experimental on here as Soord’s other project The Wisdom of Crowds, for example. And while it could be argued that consistency is a good thing, the repetitive themes even on just this one album alone can start to blend together…the descending chorus of “Uncovering Your Tracks” doesn’t really sound that different from the progression at the start of “Try As I Might”; Soord’s lyrics abound with references to “You…” in nearly every song which after a while becomes tiresome and unconvincing; even the general structure of the songwriting covers a fairly steady terrain as one song blends into another. After hearing this landscape on previous album Your Wilderness (the only other one to feature Harrison on drums), a cry for more originality may be warranted.

Still, there’s no denying that this is a strong album on its own and certainly one of the highlights of the band’s career. With Harrison now a full member of The Pineapple Thief, the future looks promising and we can only hope that their trajectory will grow and expand like the previous band that he joined. Catch them on tour this fall and well into next year!

A highlight of The Pineapple Thief’s career, “Dissolution” is a rewarding sonic experience thanks to strong songwriting, production and band performance