In the last year, we have done quite a bit of coverage of Tony Hernando, and his metal projects Lords of Black and Restless Spirits. If Tony is the reigning heavyweight champion of Spain’s metal scene, then Italy has undoubtedly answered with Simone Mularoni of DGM fame. If you are into contemporary prog metal like Seventh Wonder, Symphony X, and Evergrey, you need to keep DGM in your listening rotation. Despite the band having no original remaining members, their sound remains as solid as ever. Also noteworthy is the fact that Simone is known to shred on a twin-humbucker Telecaster, a feat of John 5 proportions.

Like many of us, Simone cut his teeth on the melodic metal and NWOBHM of the 70s and 80s. It would be impossible to make a list of the most important 25 metal albums of the period without including Queensrÿche, in the form of Operation Mindcrime, or Empire. Or both. The songwriting, colossal drumming, and complex guitar arrangements were only possibly rivaled by the now-legendary vocal delivery of Geoff Tate, a star from the same cosmos as Dickinson, Halford, and LaBrie. Any of us who are musicians inherently have a comfort zone, a cozy wheelhouse of the stuff we know and love. For Simone Mularoni, it is clear that if metal were to be bottled like red wine, his vintage of choice would be a Queensrÿche ’89, stored in a dry cool cellar.

It is with this in mind that Simone called upon not only local metal talent such as drummer Paolo Caridi and keyboardist Emanuele Casali, but he also invoked the one and only Geoff Tate himself to spearhead this new ambitious project known as Sweet Oblivion. It does not escape us what a musical opportunity this is. It’s like writing songs in the style of Departure and Escape, and having Steve Perry offer to sing on it. Or Paul McCartney phone up your favorite Beatles Tribute and saying, let’s record the album that could have been right between Abbey Road and Let It Be. Well, at least it is that significant to the metal crowd, anyway.

Let’s get one thing out of the way. This is not a Geoff Tate solo album attempting to rekindle the glory days. This is a sincere homage by three big fans of the whole late 80s borderline-progressive melodic metal scene: Winger, Mister Big, Extreme, Queensrÿche, etc. Geoff Tate is just helping these amazing musicians put the cherry on an already impressive ice cream sundae.

The first track is also the first video to be produced from the album and is what the industry may typically characterize as prime single material. From the first opening chords, it is clear that this new band is putting a modern twist and mix on the 1990 melodic scene. For his part, Geoff Tate seems to put forth his very best efforts. While he may not have the range and power of thirty years ago, especially live, there is no question he still has the control and technique for which he is known. Through the joys and magic of modern production, Simone is able to layer and thicken his tracks to the end of really being a DeGarmo/Wilton duo unto himself. He frequently picks out the individual notes within chords, letting them ring over top of one another, sometimes in jarring discordant ways, such as the opening of the titular second track. At other times, the chords are chunky and powerful, packed with classic EL34 Marshall bite. The leads, however, are the sweetest blend of attack, cut, and cream. 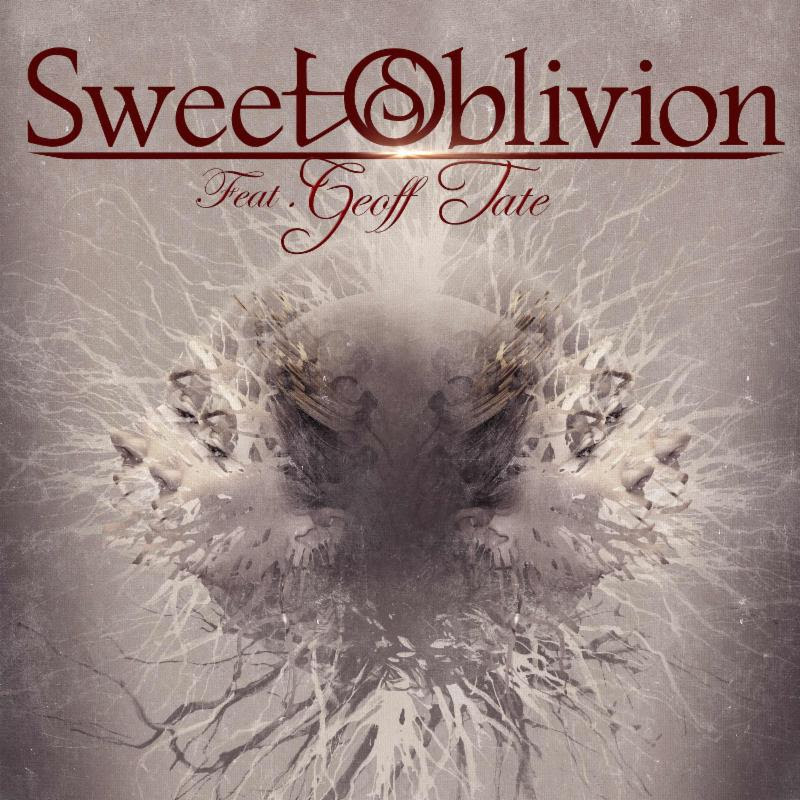 The third track, “Behind Your Eyes”, kicks off with some chest-thumping work on the toms, almost reminiscent of “Spreading the Disease”. Also present at the opening of the track are some hints of keyboard chords; an aspect which throughout the album helps to bring a modern prog metal element to what may otherwise be too deeply marinated in the former Empire of Tate. Since the album does not seem to be any kind of concept album, it is free to deliver a fair variety of flavors, from the dark heavy atmosphere of “Hide Away,” to the bittersweet balladic nature of “Disconnect.” The penultimate track, “The Deceiver,” has just as much keyboard riffage as guitar, and it works surprisingly well. Simone blew our minds with some full-on Michael Romeo sweeps and arpeggios; something you won’t find anywhere on later Queensrÿche (we’re looking at you, Hear in the New Frontier).

As a whole, we were pleasantly surprised by this album. While we had no idea what to expect, precisely, we had no idea it would be a reverently authentic return to the roots of modern progressive metal. The drumming is huge, the keyboards walk a tasteful line between respectfully old-school and ostentatiously prog-metal, and the bass guitar carries us dependably from beginning to end. Most importantly, the guitars are absolutely incredible, from varied rhythm and chord delivery, to blistering and beautiful leads. Last but not least, are the Geoff Tate vocals, which exceeded expectations in every way. The record is very well-mixed to sound like a remaster of your favorite classic metal album on a modern sound system. It is truly looking like a surprise dark horse favorite of 2019. Frontiers music has another winner here; it hits the streets June 14. Do yourself a solid and grab it here.

For those of us who often crave a guilt-free return to the golden age of metal, this particular Wonka Bar has one hell of a Golden Ticket inside. Three Italian metal musicians, including Simone Mularoni, with a real-deal ear for the heart and soul of 1990 melodic metal with a twist of prog, joined forced with the one and only Geoff Tate to deliver the most Queensryche thing we have heard since 1994. If you listen to metal and have a pulse, you need to give this album a shot, most especially if you have persistent cravings for the revolution of Dr. X, or the occasional moment of Silent Lucidity.