Of Deep Sabbaths and Black Purples.

For those with any degree of familiarity with the Pennsylvania rock and metal scene, and specifically that of the York area, the name Witch Hazel has been a noteworthy one for more than a decade. However, within the past year or so they opted for a rebranding of sorts, though this almost exclusively applies to their name, now Spellbook (a less common name in underground rock circles and beyond), as they continue to sport a highly retro-70s oriented mode of rock and proto-metal that mixes such concurrent yet diverse outfits as Black Sabbath, Deep Purple, Blue Oyster Cult, Thin Lizzy and Atomic Rooster, among others. However, this fairly diverse wellspring of influences yields a highly consistent sound template, drawing strongly from the same doom-aesthetic that made such noteworthy stylistic leaps by metal’s progenitors Black Sabbath as “Sabbath Bloody Sabbath” and “Sabotage” pivotal points in history.

To be fair, this band’s fourth studio LP and debut under their newly adopted name “Magick & Mischief” is not a carbon copy of the mid-70s Black Sabbath albums that are noted for their more nuanced character, but it runs along very similar lines. The songwriting is heavily informed by the jam-oriented, almost meandering character of said band’s seminal offerings, often resulting in longer offerings that sound like 3 or 4 shorter songs put together in puzzle-piece fashion, though even the shorter anthems gracing this collection have a highly developed character. The resulting aesthetic is centered upon the tinny and loose character of the early doom rocking days of Pentagram, with maybe a subtle hint of a more animated feel in line with Thin Lizzy’s “Fighting,” complete with occasional flourishes of that dueling guitar sound that would become a staple of Iron Maiden, but overall carrying a very melancholy feel.

With a look and a demeanor in line with that blurry point where hard and progressive rock began to beget the New Wave Of British Heavy Metal, this is an album that functions more as a general retrospective of the entire 70s decade and communicating it through the aforementioned doom-like lens. Up tempo anthems such as opener “Wands To The Sky” and “Ominous Skies” are a bit closer to that epic metallic character of a number of late 70s offerings, almost morphing into the earliest works of Iron Maiden and Manilla Road at times, yet tied together with the rest of the album through a combination of a looser, jazzier presentation out of the drums and vocalist Nate Tyson’s nasally shouts. Said front man splits his influences between an orthodox Ozzy Osbourne emulation that could almost be mistaken for the 1974 incarnation of said icon, while also falling back on a more conventional and smooth rock voice similar to Eric Bloom when in his lower to mid-register. 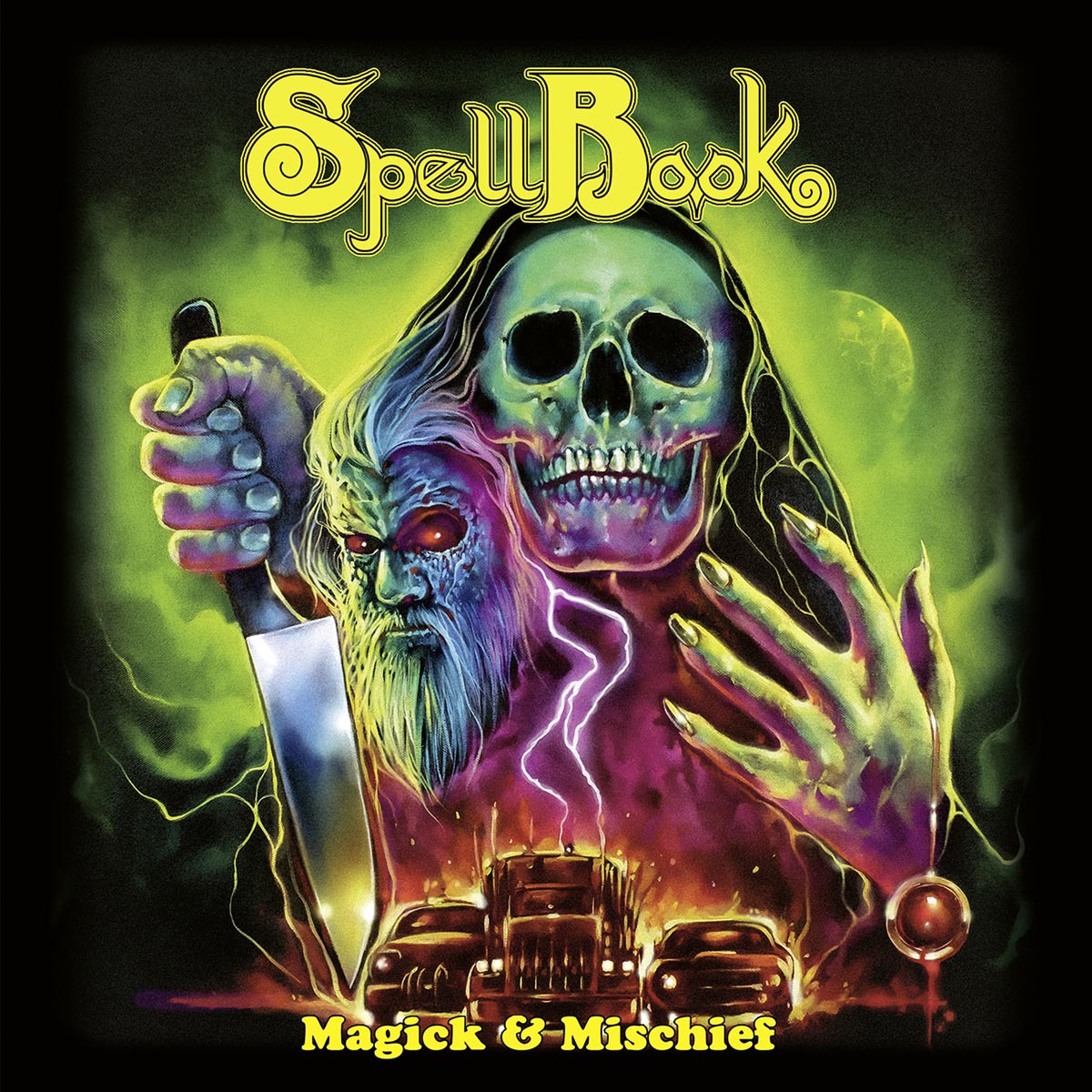 Conventional takes on the rock and metal of the early days intermingle with some surprisingly unconventional takes as this album continues to progress, with the longer offerings often falling into the latter category. The lamenting semi-balladry of “Not Long For This World” merges their dank, heavy rendition of Iommi’s riffing with more subdued, bluesy breaks with a psychedelic feel right out of the early Deep Purple catalog, while the more epic landscapes of “Amulet Fare The Well” hits a loftier spot and showcases how Sabbath’s innovative anthems would occasionally point to the future exploits of the 80s. But the biggest surprise to come out of this band’s arsenal is the bluesy swinging turned heavy rocking epic “Dead Detectives”, an 11-minute long jam session with a film noir demeanor that transitions seamlessly between a mellow lounge jazz groove and a blaring, Sabbath-infused fit of drama.

This entire musical experience could be summed up as rock ‘n’ roll stuck out of time, embodying all of the past manifestations where metal was read to burst out of the clutches of progressive rock and the early post-flower power era, yet ultimately culminating in something that would likely never have occurred during the time in question had it ever been conceived 40 plus years ago. Individual snippets of this past-centered excursion may come off as derivative, but there is definitely a unique flavor to the entire package that is worth the time of anyone with an interest in what metal was prior to 1982. It will likely play well to the current New Wave Of Traditional Heavy Metal trustees and traditional doom revivalist crowd who like their productions thin, their guitars crunchy but not overtly chugging, and their vests made of denim. Spellbook may not have reinvented the wheel here, but they definitely showcase how a well-crafted replica of the original will take the listener to a similar place.

Old is new and new is old in the world of this 13 year veteran act of the York, Pennsylvania rock scene, opting for a change in name while still exploring the same proto-metallic trails originally blazed in the early to mid-1970s.