The unstoppable Jeff Scott Soto is back with yet another offering of his extremely prolific career. The man has recorded close to 150 albums, and this time he brings us the third release under the SOTO outfit and now brings us this record under the same umbrella as Sons Of Apollo, signing with InsideOut Music. The follow up to 2015’s Inside the Vertigo and 2016’s DIVAK, Origami carries the same blueprint of the band’s previous efforts, whilst mixing subtle and tasteful electronic elements here and there, a horn section on one of the tracks, a million hooks per minute and crunchy riffs;  expanding on the previous offerings, while maintaining their penchant for writing memorable melodies, and of course presenting Jeff’s inimitable vocals.

For those who are not yet familiar, SOTO was the chosen brand to differentiate Jeff’s heavier side from his solo career, and to present a group effort rather than a solo artist. One can say that another intention was establishing this band to a younger audience, and if that was the case, this is achieved in spades with Origami. Altogether, this is a more focused release than its predecessors, and finds the whole band firing on all cylinders. Long-time collaborator Tony Dickinson was brought into the lineup to replace the late David Z. on bass and also took the helm as producer, a move that proved quite beneficial to the end result of the album. The other members of the band – former Tempestt colleagues BJ (guitars) and Edu Cominato (drums), plus one of the most valuable and impressive guitarist in the rock scene nowadays – also singer, producer and songwriter – the Spanish Jorge Salán, have also been with Jeff for a long time now, and know exactly what to bring to the table for a new album.

Origami kicks off with electronic beats on “HyperMania”. But fear not purists, because the same beat is almost instantly mimicked by crispy guitars and followed by a chorus that will increase your heart rate and leave you with a smile on your face. As if to reassure the listener that this is very much a heavy metal album, the title track comes next with a stop-and-start kind of riff which veers into thrash and showcases the razor-sharp tones and almost telepathic synchronicity between Jorge and BJ. 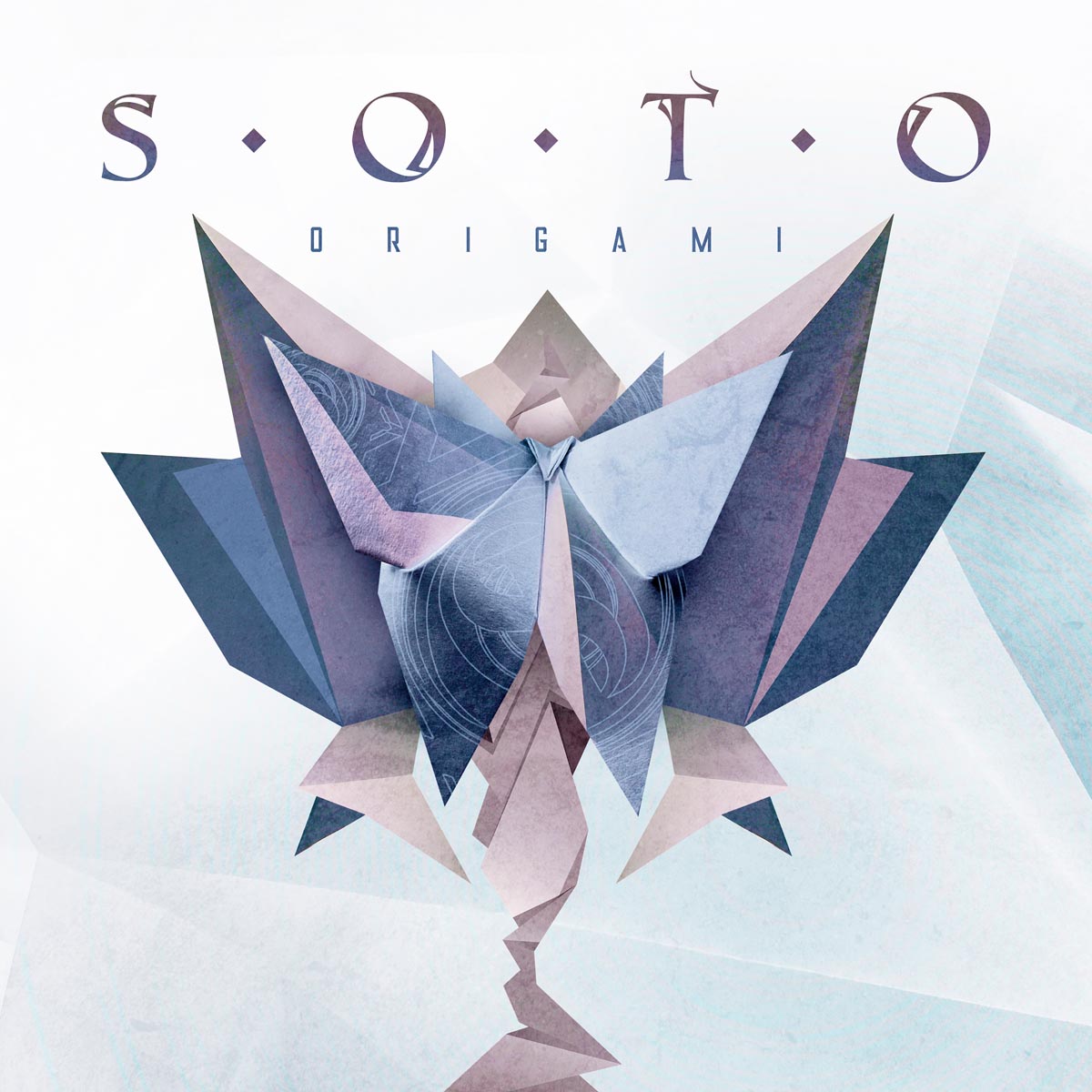 From the get go, it’s clear that this band is not just here to make Jeff shine and take the spotlight – this is very much a group effort, with each member being allowed to shine and to show their prowess. In a time when flash over substance seems to be the norm for many bands, SOTO falls in-between these two extremes, and is a rare beast in the music business: a group of guys with an amazing stage presence, but who also have full command of their instruments and know how to write a catchy song.

Some personal highlights for me come in the form of “BeLie”, a slow-paced and heavy number with a distinctive Queensrÿche vibe, and an amazing bass solo over a sampled beat with gentle guitar strums which wouldn’t sound out of place on Ryche’s Empire or Hear in the Now Frontier. Another moment where Tony Dickinson shines is “Dance with the Devil”, where his bass lines are the main driving force of the song, along with Cominato’s artillery on drums and a mind-bending solo by a special and all too familiar guest, Ron “Bumblefoot” Thal.

The memory of David Z., who died on a tragic accident when he was on tour with Adrenaline Mob which also took the life of tour manager Jane Train, gets a well deserved homage in this release. Two of the songs that were recorded prior to his death are included here with his own bass lines: the hypnotic and heavy “Detonate”, written by the man himself, and a cover of Michael Jackson’s “Give in to Me”, which David brought as an idea to the band. SOTO make it their own, and it works rather well as the album closer.

But wait, there’s more to talk about! “Torn” is SOTO’s exploration into Jeff‘s well-known AOR/Melodic Rock side, and it contrasts rather well with songs like the aforementioned “Detonate” and “World Gone Colder”, which are melodic and heavy in equal measures. I kid you not, close your eyes while listening to these songs and you’ll swear you’ll be listening to Dave Mustaine or Scott Ian on guitars. And speaking of contrast and adding a dosage of funkiness, the band even finds time to include a brass section on “AfterGlow”, which adds color to the sound on this Extreme-infused number. This is an era where fans are more used to picking, choosing and putting together their own playlists, but if we are to experience an album as a whole, the way the songs are sequenced can directly influence your enjoyment of it. In Origami another thing done right is the way each track is placed within the record. Granted, most of the songs have the pedal-to-the-metal flavors, but full listens are refreshing and reassuring, and far from an arduous task.

If you are already a fan of Jeff Scott Soto‘s massive body of work, and you are not afraid to open your ears to his fresh ideas – veering away from his most AOR side -, this album will definitely please you. And if you’re new to his world, this is a perfect gateway into his already vast output. While artists like Ozzy and Alice Cooper have their bands work for them to take the spotlight, here these guys decided to work as a unit, and Origami is a palpable testament of how cohesive and tight they have become. Filed under the Highly Recommended and Must Buy cabinets.

“Origami” is a great offering from one of the most consistent singers in rock and metal, and a perfect vehicle for the whole SOTO band to shine as a whole. Cohesive yet varied, heavy and melodic, this album finds time to explore new ground and even include electronic elements alongside the in-your-face fretwork. A gem of an record which improves at each new listen