If I was elected Prime Minister of Metal Country, one of my first acts would be to pass a bill to ban the term “supergroup”. Whenever musicians of certain caliber and fame get involved in a band, the chances of them achieving greatness are more often than not put at serious risk, purely because the expectations are set way too high from the get-go. Granted, there are times when things work well: Cream, Bad Company, Blind Faith, and even Led Zeppelin, could be good examples of what happens when, literally, the stars align. But consider this: for every Them Crooked Vultures there’s a Chickenfoot or an Audioslave. For every Traveling Wilburys, there’s a Velvet Revolver or a SuperHeavy. It’s a lot easier to find examples where the end result of those groups falls short of the stature brought by the member’s previous endeavors. In other words, more often than not, the total ends up being lower than the sum of its parts.

That was my fear and concern when, in 2017, Mike Portnoy announced his new venture, a band called Sons of Apollo, with Derek Sherinian (keyboards), Billy Sheehan (bass), Bumblefoot (guitar) and Jeff Scott Soto (vocals). As a fan of all these guys, I was excited to see them all in the same team – particularly with the Del Fuvio Brothers (Derek and Portnoy) again being writing partners after working together on only one Dream Theater full length. The chances of failure were also there, but those were quickly dismissed when the first single of their debut album “Psychotic Symphony”, the stupendous “Signs of the Time” was revealed. With a sigh of relief and excitement, I embraced that first album, which set the template for what this band could present and laid the path for a very successful tour. The “five-ring circus” promised by the members when the album was released, truly materialized on the live setting, with the successful tour reaching its climax on the monolithic live release “Live with the Plovdiv Psychotic Symphony”.

Enter the new decade, and expectations are even higher with the second album, and with what these guys could do after gelling and getting to know each other more after such an intense touring schedule. In the last months of 2019, it was announced that the new album would be called simply “MMXX”. The band members put their hypertrophied and stretched creative muscles to good use on this new effort, which, while undeniably carrying their DNA, contains a more intricate, enticing and robust collection of songs, which will solidify them as a force to be reckoned with.

While “Psychotic Symphony” took a mere ten days to be finalized, on “MMXX” the writing sessions were a little bit more stretched out. That is made clear on the very first notes of the album, which kicks off with “Goodbye Divinity”. Derek’s unmistakable tone announces what’s to come, with an instantly recognizable call back to Dream Theater’s “New Millenium”, from “Falling Into Infinity”. An open chord riff by Bumblefoot is followed by an almost djent, Meshuggah-like riff, and Jeff Scott Soto comes in with defiant lyrics, and the singable chorus “Shot down in vain/Still we rise above salvation/goodbye divinity/in the core of our damnation/goodbye divinity/we defy the fascination/goodbye divinity I’m here to stay”. 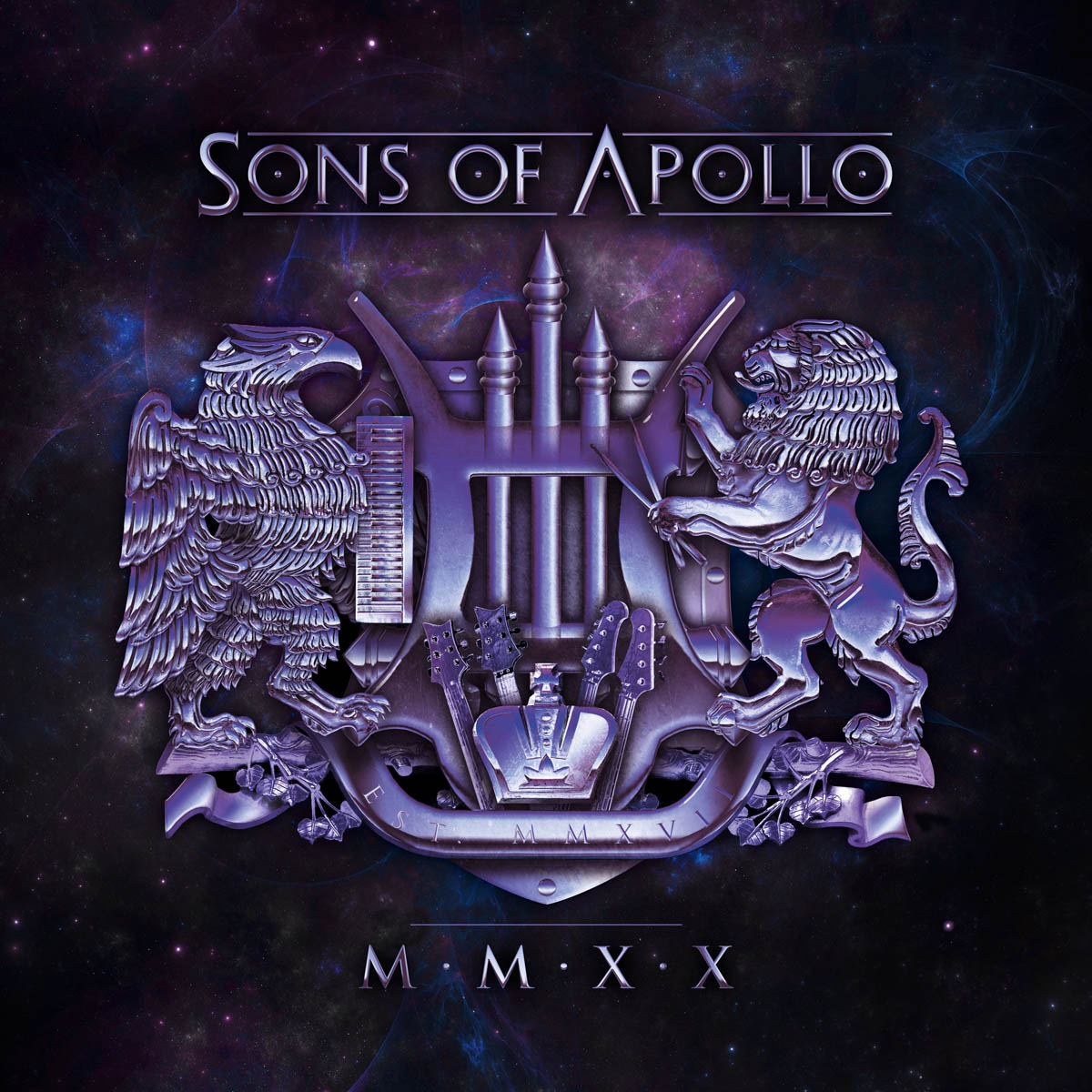 “Wither to Black” has a funky feel on the verses, with a Hammond organ and Billy’s meaty harmonics pounding underneath the guitar. With the proper arrangement, this song wouldn’t be out of place on a Soto album. The mission statement is different here though, with the solo section bringing a completely different feel:  great trade-offs between Derek and Bumblefoot, and a vibe not too far from Dream Theater’s “6:00”. Just as mentioned by Mike Portnoy himself, when he and Derek are involved in a band, it’s hard to avoid that mindset, the call backs and the Dream Theater vibe.

“Asphyxiation” starts with an almost industrial metal touch on Derek’s keyboards, and continues with a siren that brings anxiety and immediacy, and a syncopated riff by Bumblefoot. Another Dream Theater reference can be picked up on a bridge which is reminiscent from “Just Let Me Breathe”, and there’s a cacophony of voices in-between the seemingly endless and mesmerizing keyboard and guitar solo duels. And while any other singer in the world could sound tacky when rhyming sensation with creation, temptation and asphyxiation, Jeff shines and oozes coolness.

“Desolate July” is likely the most unique and standout track, for more reasons than one: it’s a bluesy ballad where Soto pours his heart and soul, both in the vocal delivery and on the lyric writing department. This song is inspired by the tragic accident suffered by the Adrenaline Mob tour bus, which killed their tour manager Janet Rains and their bass player David Z. Soto of course was directly affected by David’s untimely death, with him being an integral part of the band SOTO. If any proof is ever required that pain results in great music, this track could be used as exhibit one – a great tribute to a lost friend who was destined for greatness and whose loss is still mourned by the metal community.

“King of Delusion” and “Fall to Ascend”, while remarkably different from each other, seem to share their lyrical content, and talk about falling from grace, having your ambitions crushed and a twisted sense of reality. Could Soto be talking about Yngwie Malmsteen here? It’s hard to say, but that could well be true. On the first of those tracks, Derek explores his abilities in the piano, but instead of opting for a delicate melody, he goes for a frantic and unsettling feeling, which perfectly matches the subject matter. The mid-section has a piano and drum duet, followed by another spine-tingling Bumblefoot solo, a thrash riff and the fitting comeback to the song’s chorus. “Fall to Ascend” has already been revealed to the public, and kicks off with Portnoy riffing on the drums like Dave Lombardo or Brann Dailor would do. The chorus here is arguably the best this band has ever done, and the frenzied exchange between Derek and Bumblefoot reaches unprecedented levels of complexity. 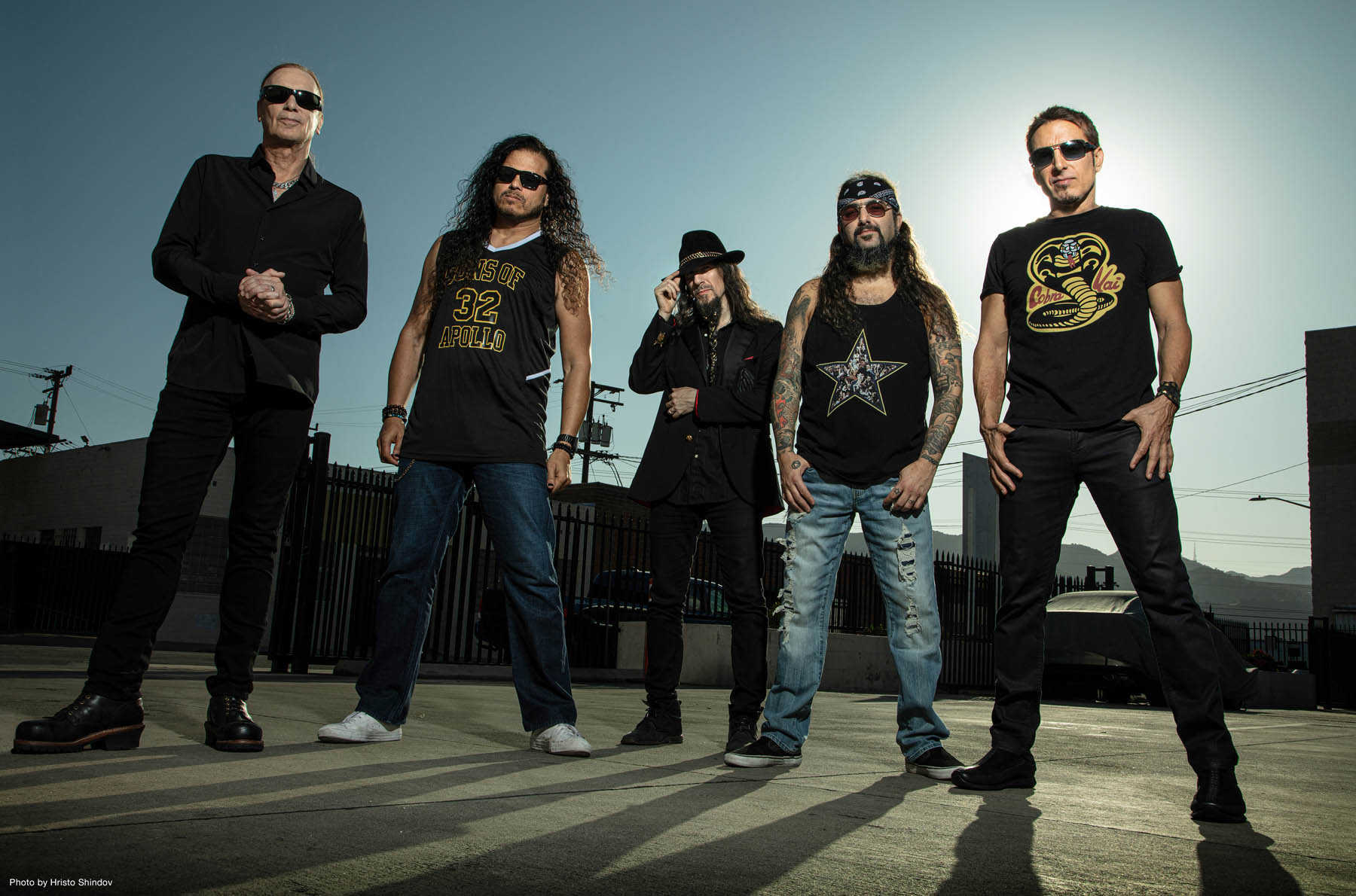 “Resurrection Day” is probably the song to display this band’s twisted and mutated DNA to the fullest: while the initial intention was to be a prog-metal group, they ended up as a kind of an updated take on Rainbow and Deep Purple, with touches of progressive and modern metal, with odd time signatures and chunky riffs abounding. The core of this track is made of an up-and-down, Egypt-inspired scale, and the solo segment has a tasty call and response, with keyboards, guitars and bass contributing in equal measures.

The best is definitely saved for last in this release, with “New World Today” truly being a melting pot of ideas. There are ingredients here from every member’s past and present groups, not least of all Derek’s solo career, whose influence comes up on several sections of this song. This 15-minute journey goes everywhere stylistically, and includes thrashy riffs, jazzy interludes, a subtle reference to Rush’s “YYZ”, and dystopian lyrics. This well constructed epic is a distant cousin of “Labyrinth” and “Opus Maximus” (from “Psychotic Symphony”), with insane, brilliant instrumental moments sprinkled throughout.

All in all, the five-headed beast that is Sons of Apollo delivers a worthy sequence to their debut, cranking the volume knob to 11 and combining further explorations with the band’s unmistakable identity. It’s an album that has all the elements to propel this band further, and hopefully expose them to even bigger audience than before.

Sons of Apollo continues to bring their dizzying array of prowess in their respective instruments on MMXX, bringing the band’s sound to the new decade with a more focused collection of songs, and a more diverse range of influences and styles. The members’ initial chemistry and potential is brought to fruition on their sophomore album, with carefully crafted songs where shredding moments abound. Epicness and swagger walk side by side throughout eight tracks and sixty minutes of melodic prog extravaganza