Progression is a relative concept, and its application to music can be a tad nebulous, if for no other reason than that yesterday’s step forward tends to become today’s tried and true. One can’t even help but notice that such stylistic delineations as experimental, avant-garde, and alternative have crept their way into rock and metal’s paradigm, further begging the question of what exactly constitutes progression when much of the heavy lifting in the sub-genre has been accomplished by the likes of Rush, Dream Theater and several others going back to the 1990s and even a bit before. Thus one might be tempted to apply the term orthodox to those bands that have maintained a clear and coherent format that was considered forward-looking 30 years ago, but today may come off as more by-the-numbers. This is the curious disposition that German progressive quintet Poverty’s No Crime finds themselves in with the release of their 8th studio LP “A Secret To Hide.”

Having originally cut their teeth in the progressive metal explosion of the early to mid-1990s that saw the rise of fellow German veterans Vanden Plas, along with a number of other prominent European outfits such as Royal Hunt, Threshold and Pain Of Salvation, a sizable remnant of that time period’s signature sound has endured to the current day. But to this particular outfit’s credit, they effectively differentiate themselves from the pack largely by walking a unique line between the keyboard rich and dense stylings of Rush’s late 80s rocking approach and the darker, heavier, guitar-dominated metallic punch that has typified much of Dream Theater’s recent output. The results are something that highlights occasional power metal flourishes that are similar to the early incarnation of the latter band where Kevin Moore was handling keyboards, but leans a bit heavier on consonant melodic hooks and drawn out songwriting with a more nuanced and less technically showy character.

Though at first glance, this album has all of the makings of a pure throwback to the days when this fold was first getting their footing, but closer inspection reveals an album that manages to set some curious precedents while simultaneously being rooted in a clearly defined style. Arguably the most unique takeaway is what can be described as the epic banger, with highly involved anthems such as the 8 minute opener “Supernatural” and the slightly longer and somewhat darker “Grey To Green” sticking out as the most memorable of the pack despite being so drawn out. A sense of anticipation is effectively built on both through a combination of development and slightly varied repetition, beginning on spacey keyboard introductions and then working through a series of more metallic and kinetic moments, occasionally flirting with the swiftness of Pagan’s Mind’s power/prog formula, but generally sidestepping any overt technical showboating in favor of a cohesive wall of sound, with vocalist Volker Walsemann’s airy clean-sung vocals and a series of expressive lead guitar lines tying it all together. 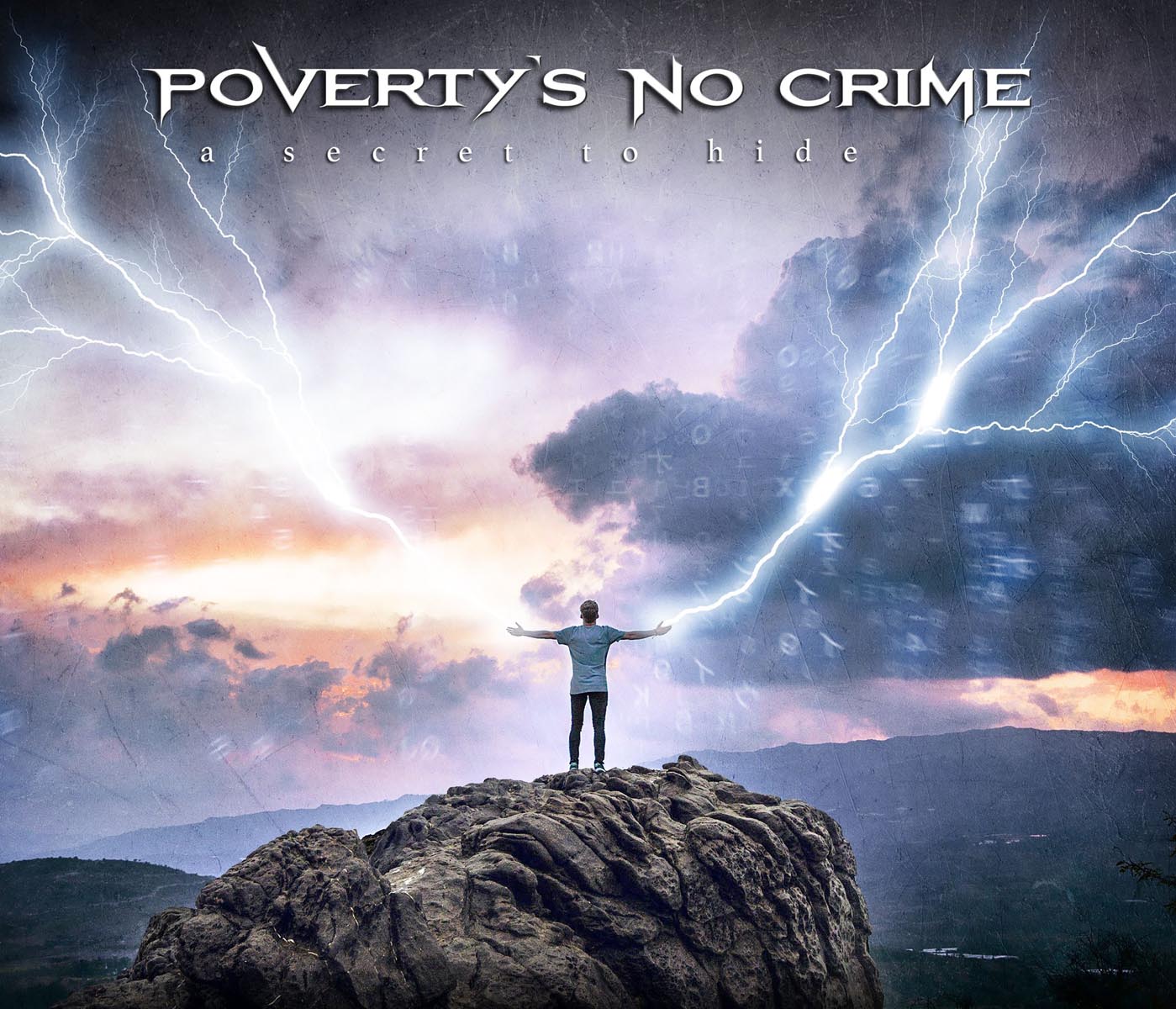 “A Secret to Hide” Album Artwork

Regardless of whether the mood of the song is agitated, serene or of a more ambiguous character, its charm will tend to lie in a combination of pleasing harmonic cadence points and a handful of quirky idiosyncratic devices that might be missed by the casual observer. For instance, the generally smooth grooving and consonant anthem “Hollow Phrases” presents itself as a fairly standard progressive rocker with a metallic guitar assault, but a nifty little woodblock part during the song’s softer moments will instantly remind one of the signature middle section of Rush’s iconic number “The Trees”. On the other hand, the instrumental excursion “The Great Escape” opts for a jazzy feel and leaves a peculiar impression with a series of sampled spoken parts and playful melodic guitar passages. Yet the most curious of the bunch, and consequently the biggest standout of an adventurous album is the off-kilter rocker “Schizophrenic”, which comes the closest to overtly mimicking Rush’s quirky late 70s song creation model, featuring a number of abrupt hard rock hooks and the strategic employment of a blaring organ and a guitar talk-box to complement the song’s otherwise spacey demeanor.

If nothing else, this album stands as one of the more accessible examples of how progressive metal continues to move forward while being heavily rooted in a stylistic tradition, like a simple scheme of roots beneath a highly elaborate tree. To be fair, it is more the exception that a band will come along in this style and do something so completely out of left field that it defies existing parameters within any established sub-genre, and the progressive template is a newer one compared to most others that leaves its adherents with a great deal more flexibility in how it can be exploited. “A Secret to Hide” is an album that doesn’t necessarily reveal any colossal secrets that have been missing from the musical world, so much it is one that mixes together all of the existing pieces of a complex puzzle and comes out with something that is intriguing yet easy to follow. Progressive metal and rock fans who have particularly taken to the variant of the style associated with Vanden Plas, Andromeda and Kingcrow will want to hear this, though the broader progressive world should also take notice.

“A Secret to Hide” tracklisting:

Continuing to further the rich tradition of European progressive metal since its 90s heyday, this veteran quintet proves that progress doesn’t necessarily require monumental changes or avant-garde bizarreness to achieve its end on their 8th studio excursion