The outer fringes of metal’s extremities are noted for their pungent aroma of mental and physical decay, like a marshy moat at the borders of a dark kingdom, filled to the brim with decaying remnants of life like a septic river of sorts. While some might point to the violent brutality of death metal’s most vile practitioners or the auditory darkness of the rawest adherents to black metal’s 2nd wave, there is a pretty strong case to be made that the jarring, disjointed and noise-driven world of sludge is where the bodies truly go to rot. Though some might point to the more traditional fatalism of bands like Crowbar and Corrosion Of Conformity as what truly typifies the genre, the most extreme end of the world of Nola’s swamp songs is best typified by the death/grinding hybrid sound originally pioneered by Soilent Green.

It is into this sonically abrasive world of minimal accessibility that Baltimore’s own Musket Hawk falls, maintaining the same degree of repulsive dissonance and hardcore angst as their dystopian inspiration, while also occasionally borrowing from the more gothic and bluesy aesthetic of the short-lived fellow travelers of the original scene Acid Bath. Though it is the 3rd full length installment of this Maryland-based outfit’s auditory journey, Upside Of Sick has all the makings of a hungry newcomer looking to recapture the style’s glory days in the mid-1990s. Spearheaded by a vocal display reminiscent of the long lost lovechild of Anal Cunt and Napalm Death, and utilizing the four principle instruments of the genre in guitars, bass, drums and feedback, the resulting music can be best described as an exploratory study into sludge’s entire historical scope while coming off as angst-driven and rage-infused as if it had been thrown together 25 years ago.

Essentially functioning as a power trio in a genre where a second guitarist is rarely necessary, this is a band that is well versed in how to turn a generally minimalist and stripped down style into something that is about as massive as they come, often differentiating one section of a song from the next by all but shifting to a different subgenre. While sludge itself is generally known for having rather abrupt changes in tempo and feel, the particular brand that is dealt out here is exaggerated almost to the point of sheer absurdity, often jumping from a funeral-like trudge to a full on blasting frenzy of chaos like an undead Millennium Falcon making the jump to light speed (minus the warp drive issues). Yet when sifting through the muck and filth that typifies the quality of this band’s sound, there is definitely a melodic contour at play that adds in a feeling of consonant melancholy to temper the blinding rage, like a budding flower amid an array of dead trees amid the murky depths. 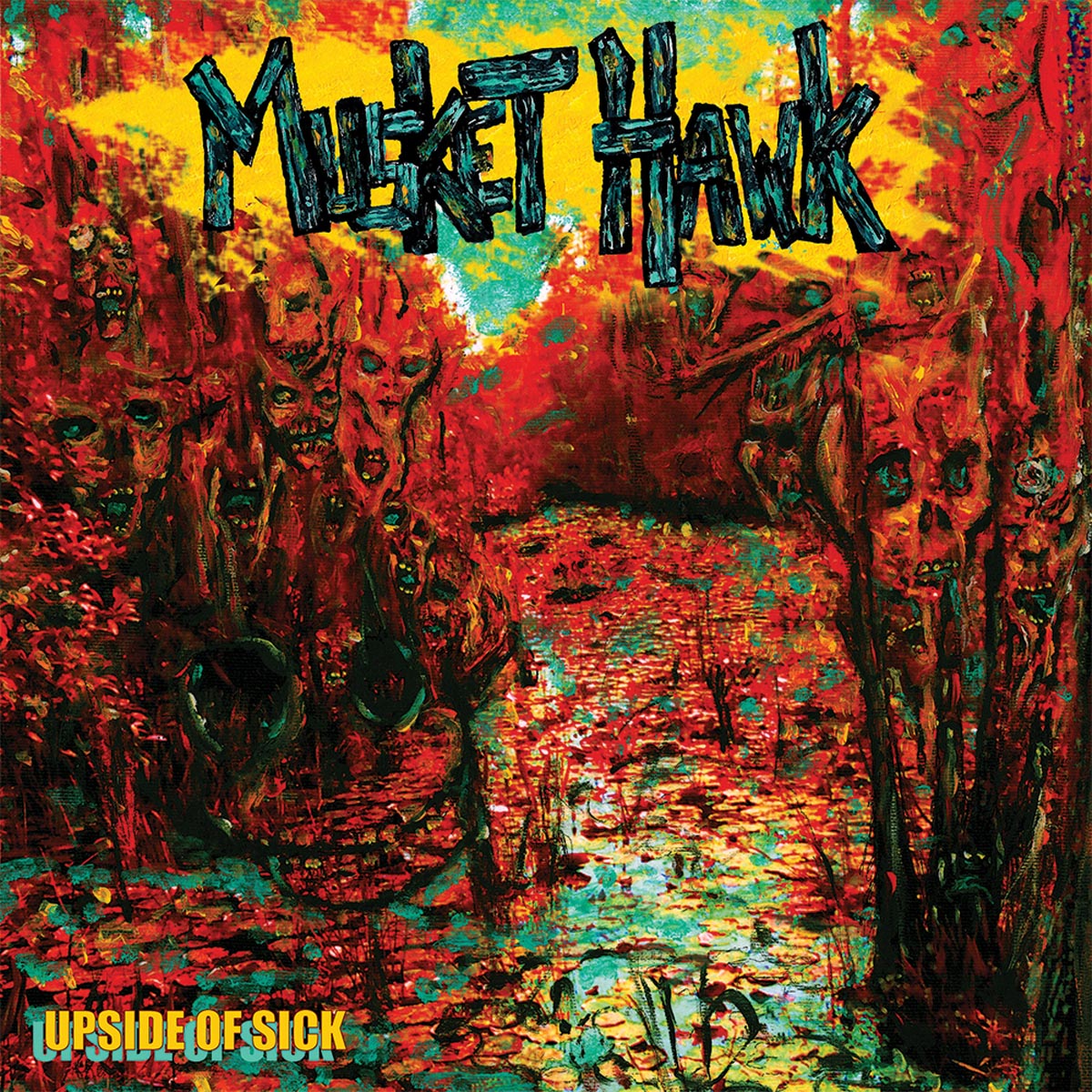 Though not a style known for subtlety to any degree, there is a sort of intricacy to the formula at work here that could be reduced to two song categories. On the shorter side of the spectrum is a trio of songs that rest under the 3 minute mark, and present more of a speedy, punk-infused, impact-based approach to bludgeoning the listener into oblivion. There are occasional respites within these shorter offerings, such as the Black Sabbath-like breakdown section that occupies the middle of “Hexagon”, but overall these offerings present a muddier version of a pure death/grind picture. By contrast, the longer offerings tend to either stomp at a medium pace like the southern metal meets traditional doom riff driven mud fest “Dios Mio” or wallow in a punishingly slow crawl before spazzing out romp “Roidhead Swindler”, though the closing 7 minute display of musicality “Uncouth” provides an equal share of fast and slow with a depressive melodic undertow.

Say what one might about the limited niche that this music occupies, it makes no apologies for where it comes from and what it sets out to do. This is not a polite sounding sort of music that just throws in a few good hooks in a typical verse to chorus fashion, but a rude one-fingered salute to the notion of traditional song structures and tonality. The uninitiated may find this pill a bit too jagged to swallow without gagging on and may want to cut their teeth on the more doom-based and moderated character of Nola’s alumni in Crowbar and Acid Bath before severing their ear drums to this. All the same, though its place of origin is a far cry from this style’s place of birth, it gets a fair bit closer to the eclectic character that generally typified the original Nola sound than a number of international acts that have been toying with it over the course of the past decade.

The filth-drenched specter of Nola’s infamous southern sludge sound has become a bit more mobile of late, closing the distance between its home town and Baltimore and claiming throngs of converts to its marshland parish