“At twenty-three, am I too old?” While up and coming songwriter and guitar-slinger Joshua Batten muses about the impact of his ever-increasing age in “Falling Behind”, the third track on his brand new album “The City Within”, from an outsider’s perspective it’s a wonder how much talent this young man already possesses. There is a wide array of skills on display on this, his second recording, but the truth is that it only captures a few slices of the diversity and technique that Batten commands. So whether twenty-three seems over the hill to Batten or not, the listener implicitly understands that there is much ahead for this new artist, and “The City Within” is a fine place to start.

With material that runs the gamut from blues rockers to folk to pop to even a touch of mariachi-inspired groove, the album could run the risk of taking on too much. But instead it comes off as a diverse and enjoyable display of good songwriting and performance. Underlying its success is the strong production, mixing and musicianship which makes each song satisfying to listen to sonically. Out of the rocking material, “Clarity” is likely the most successful, giving a scorching treatise on communications gone wrong, followed by “Bleeding Truth” which carries an engaging chorus. “Hollywood Blues” – one of two “encore” songs at the end of the disc – is another highlight, carrying a “Burnin’ For You” vibe with its staccato chords during the verse and a good amount of funk attitude.

Although he pulls off the blues rock form convincingly, it’s the songwriting exhibited on tracks like “Bittersweet Afternoon” and “Behind Closed Doors” which signals that this is an artist with much more range than fronting a blues bar band. The former carries the arrangement of a charting single like Elton John might release and is one of the album’s best fully realized songs. “The Slide” heads south of the border, complimented by guest musicians on percussion and flamenco guitar runs, to offer an upbeat moment on the album and a bit of humor complete with an exclamative “Olé!”. Personal favorite “Tell Me I’m Wrong” has just the right amount of swagger and catchy vocal phrasing to make it stand out, along with a satisfying blend of backing vocals on the chorus. The anthemic “At the End of the Day” is an appropriate way to close the album with a chorus that stays with the listener long after the disc is done. 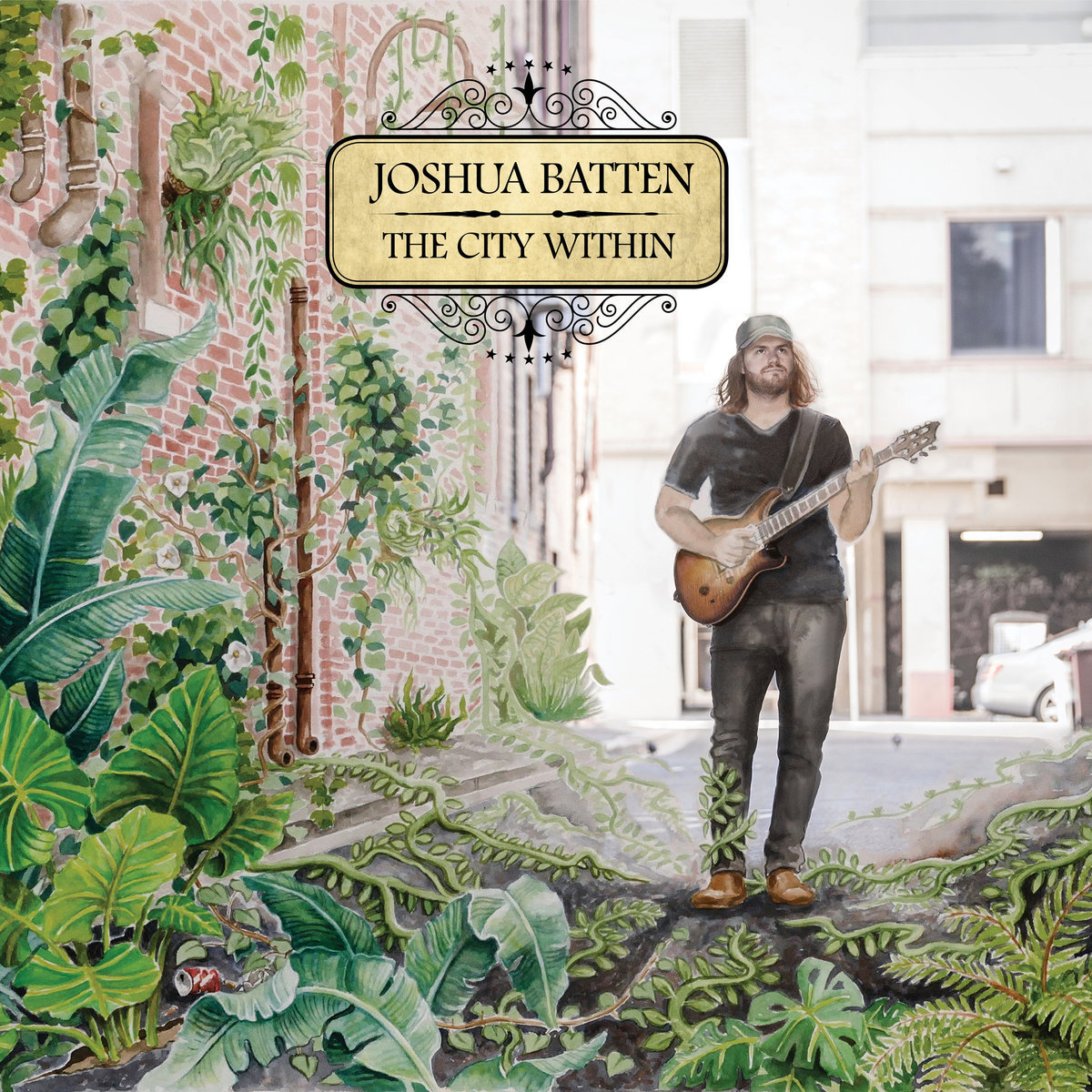 “The City Within” Album Artwork

The album packaging includes a generous booklet complete with insightful artwork and track commentary. Throughout several of the pieces are plenty of fine guitar solos from Batten along with a surprising amount of orchestration. Considering that Batten himself performs most all of the guitar, bass and keyboards on the album with just a few exceptions, along with the vocal duties, this is very much a solo-album. His primary partners in crime are Shane McMahon who ably covers the drums and Sean O’Sullivan who engineers, co-produces, and offers orchestration & piano. It’s a formidable team, given the results. While “The City Within” is his first full-length electric album, there will undoubtedly be much more to come. Considering that he is based in Melbourne, Australia, at only twenty-three Batten has much time ahead to conquer the rest of the world.

“The City Within” Track-listing:

Hailing from Melbourne, Joshua Batten offers a wide range of material on this debut full-length album. Kicking off with a focus on blues rock, the tracklist develops to reveal a mature songwriter with a multitude of musical talents and styles. A strong beginning in its own right, there is much promise for what lays ahead beyond this fine debut