In 2015, the power metal world was treated to an interesting concept album: Dracula – Swing of Death. It was the progeny of Euro metal legend vocalist Jørn Lande and guitarist Trond Holter. While it remains difficult to picture Der Wampir himself snapping his fingers a la West Side Story and engaging in a righteous swinging boogie, the Dracula LP as a whole was a fun musical romp. Kind of like Savatage‘s Streets, except with big… pointy… teeth. While Jørn was certainly the heavy artillery of this project, there is no doubt that Holter was no slouch; delivering tasty, memorable melodic playing throughout.

As this was a high water mark for Trond Holter, one cannot blame him for striking while the steel remains hot from the forge. He has ventured out into the solo world, releasing an album which dovetails with the Dracula project, in the form of Vlad the Impaler, another concept album in the same vein. Pun intended. Whereas Dracula sought to present a heavy metal retelling of Bram Stoker’s original 1897 Dracula story, the Vlad album attempts an abstract tap dance around the life and times of Vlad III, son of Vlad Dracul, the lineage of both forming much of the canonical Dracula of legends.

The album wastes no time on envoys or warning shots. The opening salvo is hard and heavy, a mix of synth and guitars with the amp gain fully dimed (as we would expect from a track entitled “The World’s On Fire”). The first track features the talents of Nils K. Rue of Pagan’s Mind, who carries the male vocal parts through the album. Let’s just get this much out of the way; he is not Jørn Lande. That being said, only one man is, and for the rest of us, Nils does a terrific job. His vocal performance is among some of the best one will find in contemporary power metal. He has just the right blend of grit, range, and technique, along with a good sense of melody to carry the album well. It is also worth noting the first track pulls back the curtain on the first hint of lead guitar mastery, offering tantalizing foreshadowing of the rest of the album to come.

The second track, “Awakened,” keeps this momentum going, and does not let up on the tempo or the heaviness. While the vocals are very impressive, the highlight is the lead guitar and keyboard work, launching into scales and chord progressions which can only be called Castlevania, before letting Trond off his leash to go completely ape on his trusty Ibanez, followed by some equally impressive chops from keyboardist Erling Henanger.

The third track, “Drums of Doom,” is an easy favorite. The drums are absolutely huge, on a scale and level of reverb to make Bonham look tame. However, we get little time to appreciate the drums of doom before guitars of doom arrive with some disturbing palm-muting crunch. Either that, or Trond has a noise gate powered by human souls. Either way, the results are sick as hell. Honorable mention goes to the ride cymbal abuse in this track. It is almost as though Per Morten Bergseth has hired an evil gremlin to beat the bejezus out of his ride while he focuses on trying to blast holes in his kit. As a whole, it is just a fun heavy song, complete with some impressive lead guitar work.

“The Last Generation” introduces female lead Eva Iselin Erichsen, and provides the material for one of the album’s music videos. Her opening verses demonstrate the depth of a mature and practiced set of vocal cords. She opens up her range for the chorus, and the result is satisfactory. While her technique and range are not A+ world class, her delivery is solid and more than adequate for her role in the project, giving some satisfactory counterbalance to the male side of the album. In fact, the next track, “I’ll Die for You” utilizes both singers quite effectively. 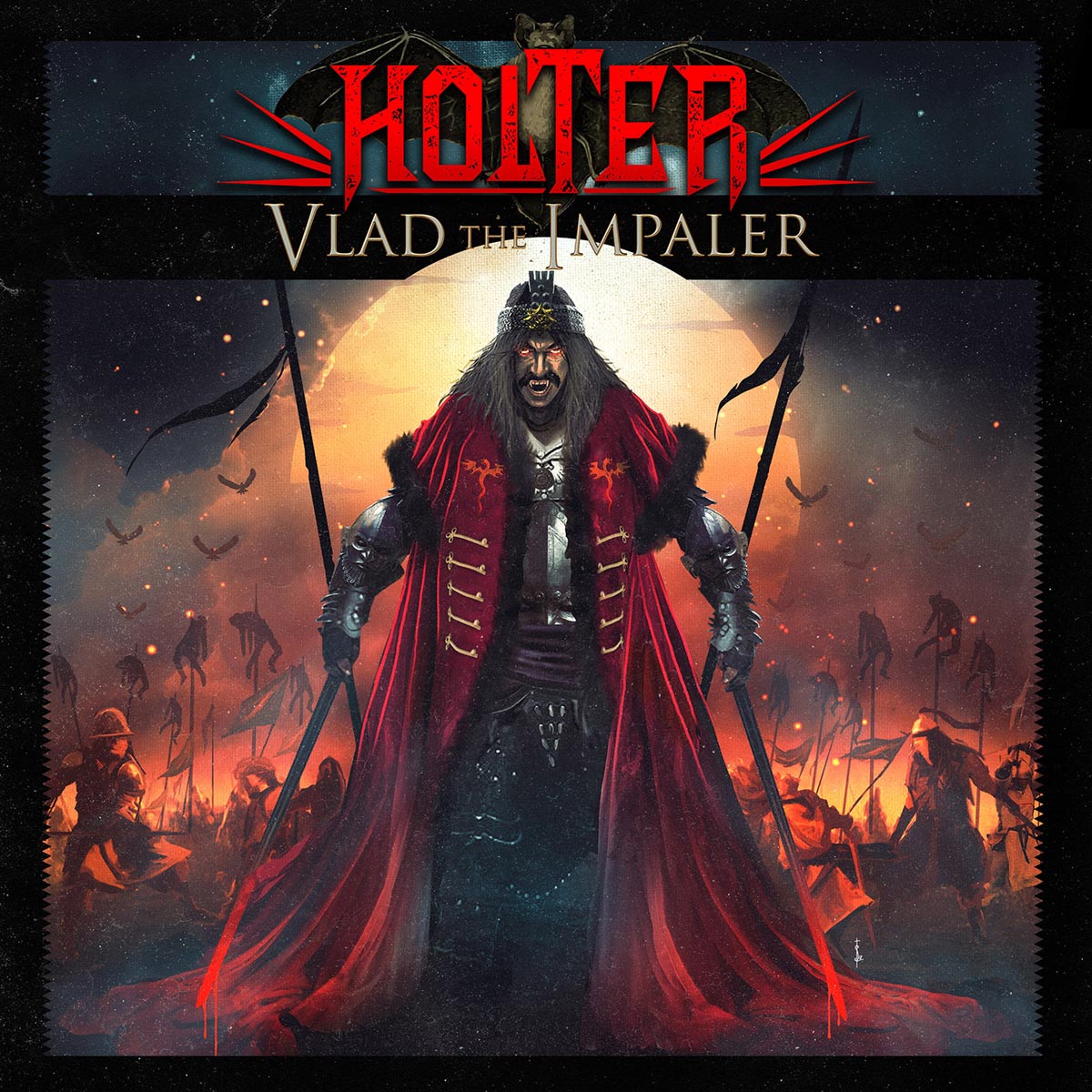 The album slows it down for “Shadows of Love,” a softer, slower-tempo minor ballad that actually makes even better usage of Eva than her previous solo track. It also builds some energy towards not only vocal crescendos, but also a well-executed lead guitar solo, which tastefully punctuates the emotion of the track. As we emerge from the ballad into the next track, “Without You,” it is unclear if we are staying in slow mode, until it lets it rip, getting faster and heavier until the guitars and keys do another homage to baroque Castlevania chords. Although this was a male vocal track, it is followed by “Under my Skin,” featuring a return of Ms. Eva. It actually seems like she listened to the previous tracks and thought, “I bet if I really put the diaphragm into it, I can get another 50% more power.” And she does. Although she ups her personal ante, the rest of the band takes no breaks, building into some of the more instrumentally intense grooves of the album.

All of this is apparently warming up for the instrumental title track, which is a fun five-minute rampage of metal riffs and top-shelf guitar leads. Much of Trond’s phrasing is reminiscent of mid 1980s Adrian Smith, and that is about the highest compliment possible.

If it was not clear that the Vlad album is the rightful heir to Dracula’s cape, the final track leaves no doubt. The first album had a pivotal track entitled “Save Me,” an impressive duet exploring the moment of a resistance to Dracula’s overpowering invitations. This new album brings us “Save Me, Part II,” a similar duet with the same lyrical themes, although certainly heavier than the original Jørn track. The final track on Vlad the Impaler ends well, although it is hard to escape the feeling that one is listening to the ending of Dream Theater’s “Finally Free,” and as if that is not enough, the lead is often similar to Petrucci’s lead in Dream Theater’s “The Best of Times.” It may be entirely coincidental, but for the DT fans, it is hard to escape the feeling of Petrucci’s own “Majesty” casting a large shadow over the album ending.

When it is all said and done, the two albums have things that will appeal to different listeners. While it is our opinion that “Vlad” does not surpass “Dracula,” it remains impressive in its own right. The first record may be a bit more operatic and tongue-in-cheek, where the second album is closer to a straightforward power metal offering. In a world of awful sequels, this is thankfully not one of them. That being said, where Dracula is an essential album, Vlad may not be quite as essential. However, it is a really good album and anyone who enjoyed Dracula, or Jørn in general should check it out. The album just released last weekend, and is available from Frontiers Music here.

Trond Holter has set out to do something ambitious, and succeeded. There is no way to avoid comparison between this album and its Jørn Lande predecessor Dracula: Swing of Death. However, Vlad, our historically hard-to-kill prince of Wallachia holds his own admirably in this contest. For just about any fan of Euro power metal, most especially those into concept work like Ayreon and Savatage, or those with a penchant for all things Transylvanian, there is much to be enjoyed inhere. The writing, vocals, and musicianship are all impressive, making for a gothic metal album worthy of your time.