When idiots rule the world.

When reminiscing upon the golden age of punk rock, conversations will often include the noted players in New York, the west coast, as well as the boom that took place in the U.K. that would subsequently birth the oi punk subgenre. Even the rise of the style in Germany and the political niche movement that developed into the Deutschpunk sub-movement of the 80s will get at least a passing mention in most of the English-speaking world. Generally less discussed yet still highly relevant was the Swedish Trallpunk scene, which perhaps owed its obscurity due to coming about a bit later and a lot of its seminal players singing exclusively in Swedish. Nevertheless, one of its prime-movers Asta Kask did manage to gain international attention and would see their influence spread beyond the borders of their nation of origin. Their blend of melodic singing and faster tempos provided something of a missing link between earlier punk and 80s hardcore, and arguably played a role in the revival that took place in the 90s.

Though this crash course in the history of punk rock’s spread throughout Europe may seem an unrelated anecdote to any discussion modern extreme metal, it carries special relevance regarding the case of Henry Kane, a one-man project from the aforementioned Trallpunk pioneering outfit’s stomping ground. Named for one of the most frightful characters in horror cinema, it is the sort of music that would ordinarily lend itself more to the horrific ugliness of old school death metal, but that sonic game that is afoot here has about as much of a link to the fuzz-driven early days of Amebix and the grinding primordial fair of Napalm Death as it does the brutality of Stockholm’s death metal scene. Its mastermind and multi-instrumentalist Jonny Pettersson is no stranger to the fine art of disturbing the ear drums of the masses, being a highly prolific player in Swedish death metal circles going back to the late 90s, and approaches the art of blending a morbid outlook on existence with the rustic simplicity of punk’s two ugliest offshoots and the dissonant chaos metal’s most extreme fringes.

For an album that boasts 19 mostly shorter length compositions, this project’s second studio outing “Age Of The Idiots” has a conventional metallic character to it that separates it from much of the disjointed and, at times incongruous offerings of a typical grindcore affair. It tends towards the simplistic side of the equation and doesn’t dabble too heavily in technical showboating, though an almost blackened element of lead guitar work tends to filter in and out of the generally fleeting sections of more metallic offerings like “By The Virtue Of Hate” and “Welcome To Oblivion”, occasionally even making way for some mild atmospheric keyboard additives to further bolster the arrangement’s density. Indeed, the combination of a heavy employment of English lyrical content and a greater concentration of death metal flavoring makes this a more accessible offering for any metal head than this project’s 2017 debut, and the crusty atmosphere does have a fairly conducive character for anyone that has an affinity for the NYDM sound in general, and Incantation in particular. 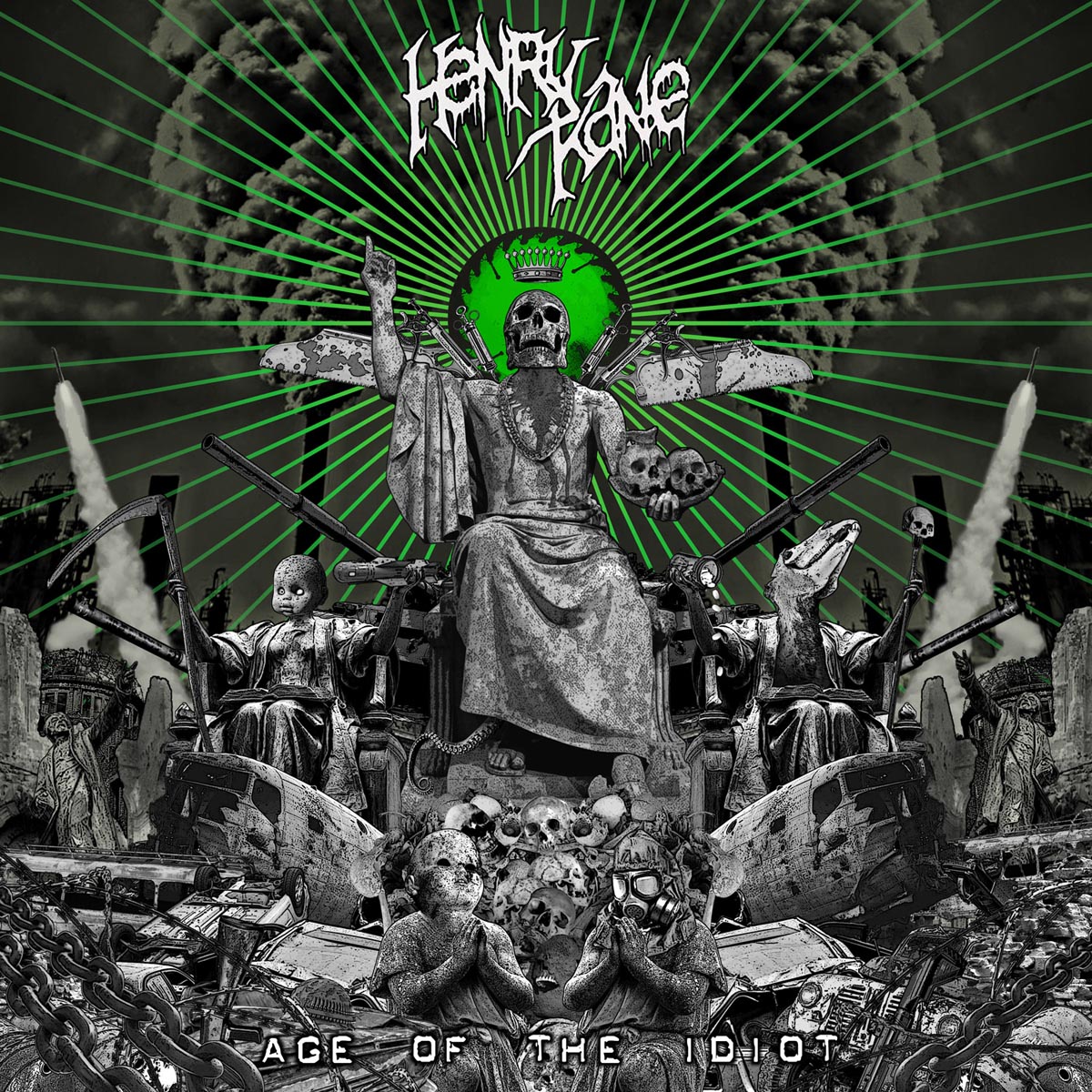 “Age Of The Idiot” Album Artwork

Generally the closer to a vintage death metal sound this album gets, the better it tends to work, though there are few moments to be found on here that could be qualified as either weak or wanting. The more grind-infused and shorter fair such as opener “En Evig Plagan” and “Den Felande Lanken”, apart from being in Swedish, tend to be shorter and more chaotic, but work well with Pettersson’s throaty and haggard bark. But the real goods tend to be when the songs are dragged out beyond the 2 minute mark and the riff work tends towards a more elaborate character, with the doom-drenched trudging turned blistering rage of “Entrenched In Nihilism” being the immediate standout for its epic character that dovetails a bit more closely to a modern Nile sound minus the eastern folk instruments. Then again, the cover of Asta Kask’s “Psykopaten” (which basically ties together this album’s divergent punk and metal elements) steals the show and almost comes off as a sort of folksy melo-death ode due to the marriage of the song’s naturally melodic tendencies and the thudding quality of the instrumentation.

Although this album seems to be intended as a sort of broad appeal to extreme metal and punk fans at large, the result is something that is a bit more of an acquired taste. The extremely fuzzy and low-fi character of the production will likely clash a bit with what one may expect from a death metal album, as the brutality factor tends to take a back seat to the sheer density of the atmosphere that is accomplished. It has something of a cold, industrialized quality that will probably sit well with crust and hardcore fans that don’t mind the nuances that can come with a less conventional production approach upon a style that is more geared towards an impact-based approach. By no standard does this constitute a weak listen, so much that its greatest strength, namely its originality, also serves to hinder it at times and limit its appeal. Expect to be riveted at key points, but also expect to have to adjust one’s ears to translate the lion’s share of what’s going on if one doesn’t already have some experience with crusty productions.

“Age Of The Idiot” Track-list:

The union of punk and metal has taken many forms, but few more forbidding than the primeval rage of grindcore and extreme metal, and Swedish one-man show Henry Kane ups the ante all the more with a nasty, crusty atmosphere for maximum audio carnage