When one thinks of L.A. Hair Metal, one thinks of Sunset Strip, the Rainbow, the Whiskey-A-Go-Go and all the rest. Swimsuits and champagne in limousine hot tubs. While the genre is not geographically limited to the City of Angels, especially since a recent reprieve has allowed it to return from exile, we generally would not expect to find it in India. Or, at least, not anything more than a painful attempt at a cover band. Well, Bollywood has its answer to the Hollywood hair metal scene, and it comes in the form of Girish and the Chronicles, hereafter “GATC.”

The band, with ten years of rock-and-roll battle scars, have fine-tuned their sound to bring us their new release, “Rock the Highway,” available now through record label Lion’s Pride Music. This band is refreshing because of its sincere dedication to authenticity. The actual old-timers of the genre have either reworked their sound and approach to be more modern, or they are casualties of the Great Metal Purge of the 1990s, never to be seen again. New acts attempting the 80s hair sound can be a caricature of nigh-Steel Panther proportion. However, GATC feels more like where the scene was already heading around 1992 before the stock market crash of metal. Think like Extreme, Winger, Firehouse, that sort of direction.

The first thing that strikes the listener is the power and control of the vocals, delivering a versatile range of metal vocals from bubblegum glam to much rougher metal attitude. However, while the vocals are a showpiece to be sure, the real draw of GATC is the composition and well-rounded instrumental chops. The drums are goddamned huge in the mix, right down to the massive old-school snare. The lead guitar chops are wank-tastic in the best way, walking the line between Sunset Strip and more contemporary shred elements. Our favorite of the whole band may actually be the bass guitar. The mix is straight-up Sheehan, which is appreciated because the bass makes this album. We have not heard bass take center stage like this since Faith No More. The grooves are solid and dependable, but not afraid to bust out some extreme riffs on the bridge pickup (check out “Every Night Like Tonight.”) Everyone has their personal preference to what sounds good, but when it comes down to bass guitar, just using it like grout to fill the cracks out of necessity is a terrible waste. Let that thing talk, and the Girish boys let it rip. Kudos. 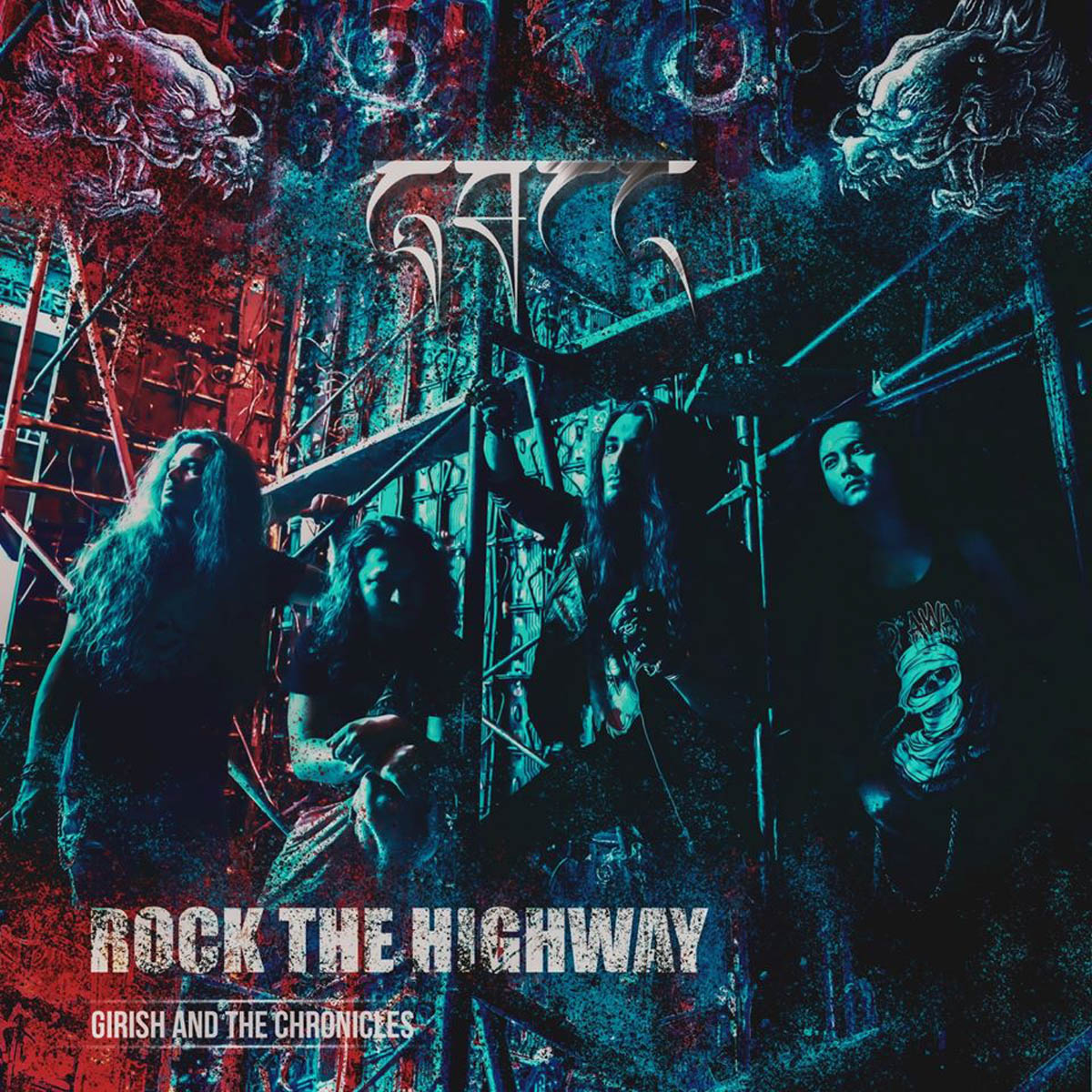 The album is primarily straightforward rockers and groovers like the title track and “Rock And Roll’s Here To Stay,” but there are enough exceptional tracks like “Distance Between,” and “Identity Crisis” to keep it interesting. Hell, the song “Sikkamese Dream” is like “Solsbury Hill” being performed by U2, featuring Simon and Garfunkel. You might think it would be way outside the GATC wheelhouse, and yet the execution is just great.

So what do we have here? Well, if hair metal from the Indian subcontinent is not “authentic” to the scene, then it’s the most beautiful counterfeit we have ever heard. This is a great little record with lots of heart, and it’s one of those newer bands you cannot help but want to see them succeed brilliantly. After all, when it comes to solid album releases, they already have. “Rock the Highway” is out now, and you can find it online at your favorite online retailer, or your favorite local record store would probably love to mail it to you right now. Give them a call.

If you are an old-school metalhead, especially of the Dokken/Crüe/Winger/Bon Jovi stuff, this record from GATC will be right up your alley if you are open to new music. Check out the videos, and be sure to leave us a comment