It’s impossible to have a conversation about the power metal revival of the early millennial era without Freedom Call receiving at least a passing mention. They stood apart from the pack of German speed metal informed acts by taking the lighter elements of Helloween’s Keepers Of The Seven Keys sound to their logical conclusion, almost to the point of coming off as AOR with an occasional Gospel flavor played at a faster tempo. The magic that made their unique take on the style so auspicious laid mostly in guitarist/vocalist Chris Bay’s prowess as a studio engineer (he simultaneously gave Saxon’s 1999 smash album Metalhead an upgrade with his capability on the keyboards) and his uniquely light and airy voice, though the driving fury of Dan Zimmerman’s kit work and his then ongoing stints with Gamma Ray and Iron Savior definitely helped to promote the Freedom Call brand from the get go.

Although the band has ebbed and flowed in terms of quality since the mid-2000s due to shuffling lineups that has left Bay as the only consistent member, they have continued to be a premier act in the power metal scene, and recent outings have seen these happy Germans returning to their early 2000s roots. Following an upswing of melodic majesty that culminated in two powerful stylistic throwbacks in 2014’s Beyond and 2016’s Master Of Light, the loss of their rhythm section and particularly bassist and co-founder Ilker Ersin has had little impact on things when considering the bulk of their latest offering in M.E.T.A.L. Continuing to run with the celebratory imagery of the last outing and toning down the comical elements just a tad, this is an album that runs the gamut of this band’s extensive and diverse back catalog, though with a much needed emphasis upon flash and speed that points to a welcome fixation with the latter days of Freedom Call’s early golden age.

Considering the aforementioned era of this band that basically spanned their second and third albums respectively, the album that definitely springs to mind when hearing this newly minted opus of triumph is Eternity. Following the celebratory choirs segueing into a mighty blaze of speeding glory formula that adorned said album’s opener “Metal Invasion”, the melodic splendor that is “111 – The Number Of The Angels” presents a more streamlined and high-fidelity response that sets things into motion nicely. However, it is follow up fits of pure, unadulterated speed and high impact adventure such as “Spirit Of Daedalus”, “Fly With Us” and “Days Of Glory” where the rubber starts to really hit the road and the true spirit of the original power metal revival rears its head. In like fashion, the more involved and elaborate variant of this frenetic formula “Wheel Of Time” and the shred happy ode to samurai warfare “Ronin” expand the stylistic trappings of this approach while not skipping up on the fury. 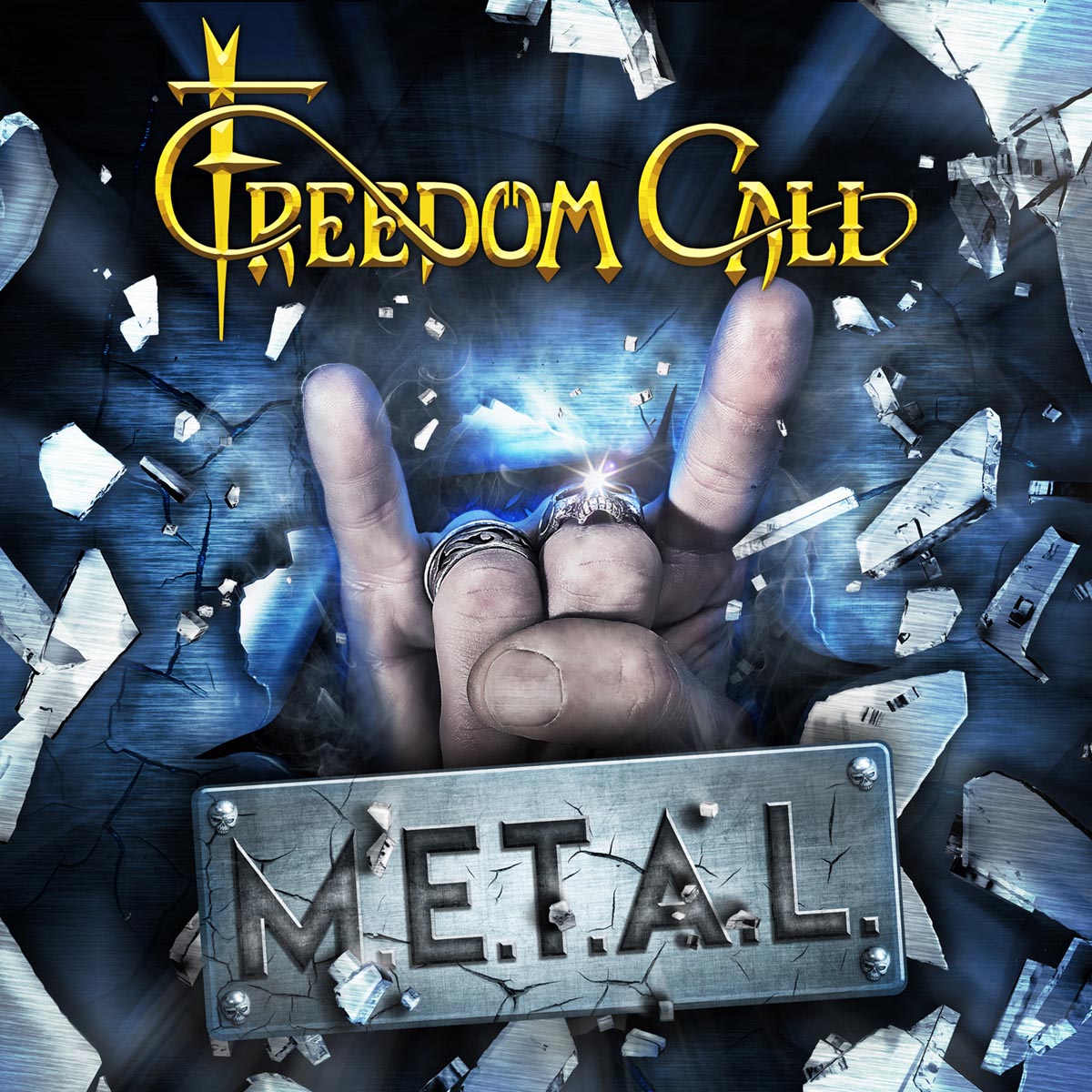 While most of this album is nestled quite comfortably in full-speed-ahead mayhem, there are some more measured anthems that underscore the band’s ability to tone it down and still exhibit a pure celebration of sound. The slow creeping grooves and occasionally chugging stomp of “Sail Away” provides a slightly darker and heavier face to things that isn’t too far removed from unsung classics from the Eternity days like “Flame In The Night”. Meanwhile, the moderate gallop and overt festive character of “One Step In Wonderland” has all the trappings of their live favorite from the same album “Land Of Light”. Even this band’s more comical romps into folksy Celtic music that have stood out as weak points during their middle era find an upgraded and more glory days inspired variant in “Sole Survivor” that closes things off on a high note. Truth be told, the only real weak point on this album is the catchy yet highly predictable title song “M.E.T.A.L.”, which features a beautifully dense vocal display and some Brian May inspired moments on the lead guitars, but feels kind of plodding next to the rest of these songs.

There are precisely zero signs of the power metal institution that is this band slowing down here, though this album stands as a tad more by the numbers relative to the last album. The importation of Vexillum bassist Francesco Ferraro and ex-Bonfire drummer and relative newcomer Tim Breideband into the arrangement has done little to change the overall flavor that this band’s long time fan base has come to expect from them, and the latter proves almost equal to the massive legacy that Dan Zimmerman left behind. It’s about as faithful of a recap of this band’s early days as one can get without them outright resurrecting the Taragon saga that encompassed their 1999 through 2002 heyday, and a quick viewing of the promotional video of the title song will find this fact underscored by Zimmerman’s inclusion in it. Though this two decades old wizard of melody and flair may have added some silver coloring and length to his beards, his spells have lost none of their potency.

The millennial power metal revolution’s most ardent proponents of triumph and merriment strike melodic pay dirt once more, despite rebooting their entire rhythm section and working to maintain a massive legacy