The end finds a new beginning.

Though many have come forth to construct their version of the colossal structure of impending woe that is epic doom metal, few have managed to even hold a candle to those that carry them en masse. At their prime, they built a grand castle with many great towering epics, casting a mighty shadow upon the metal masses and reminding them that after all the rage and violence is done that there is always time for despair. Opinions naturally vary regarding where the zenith of their career lays, with a great multitude pointing to the late 80s trilogy of operatic melancholy featuring dramatic tenor Messiah Marcolin, while other newer adherents of the grand funeral procession see greatness with Dio-inspired ex-Solitude Aeturnus front man Robert Lowe at the fore and the occasional oddball pointing to the brief stints with Mats Leven and Thomas Vikstrom at the mic. Only occasionally is the name Johan Langquist, the one-off session vocalist who gave the world this band’s stellar debut Epicus Doomicus Metallicus, thrown into the mix given his extremely brief time in the fold.

In somewhat similar fashion to the reunion of Black Sabbath earlier in the decade, the original lineup that unleashed the original epic doom manifesto upon the world in 1986 has found itself reassembled more than three decades later to show the younger pallbearers who it’s done. It is a somewhat fitting eventuality given that Langquist has been performing Candlemass’ famed debut in its entirety live, on and off for several years, and more fitting still that 2019’s The Door To Doom picks up right where the band left off 33 years prior as if this incarnation had never parted ways. This naturally comes with the caveat that founder and principle songwriter Leif Edling and company have not been oblivious to the ever-evolving world of studio technology and have crafted as slow marching masterwork that reminisces upon the style’s primordial roots, yet is palpable to the ear of the late 2010s. This is the same band that ushered in the woeful, depressive odes “Solitude” and “A Sorcerer’s Pledge”, and yet they are a changed one as well, like a wiser sage adorned with a deeper shade of gray upon his beard.

The best way to describe the sonic workings of this vintage yet fresh take on things is as a slightly darker, and perhaps a tinge more mechanized reflection of its 1986 equivalent. The same general atmospheric aesthetic of reverberating minimalist riffs, thudding drums and occasional layers of keyboard work crosses paths with a much more experienced and aged Langquist, who’s powerful pipes have more of a classic old school metal attitude to them, resembling the smoky quality of Coverdale and the Dio-like grit of Robert Lowe rather than the agonized bellows and suicidal croons he contributed to Epicus Doomicus Metallicus. It arguably misses a tad bit of that organic realism that the band sort of accidentally stumbled upon the first time around, but it also comes off as more polished and will likely be more agreeable to the ears of younger fans of this outfit who may have passed upon the debut due to its rawness. All the same, the songwriting is about as faithful of reminiscence upon that mystical variety of darkness that Sabbath occasionally ventured into on their slower works during the Tony Martin days. 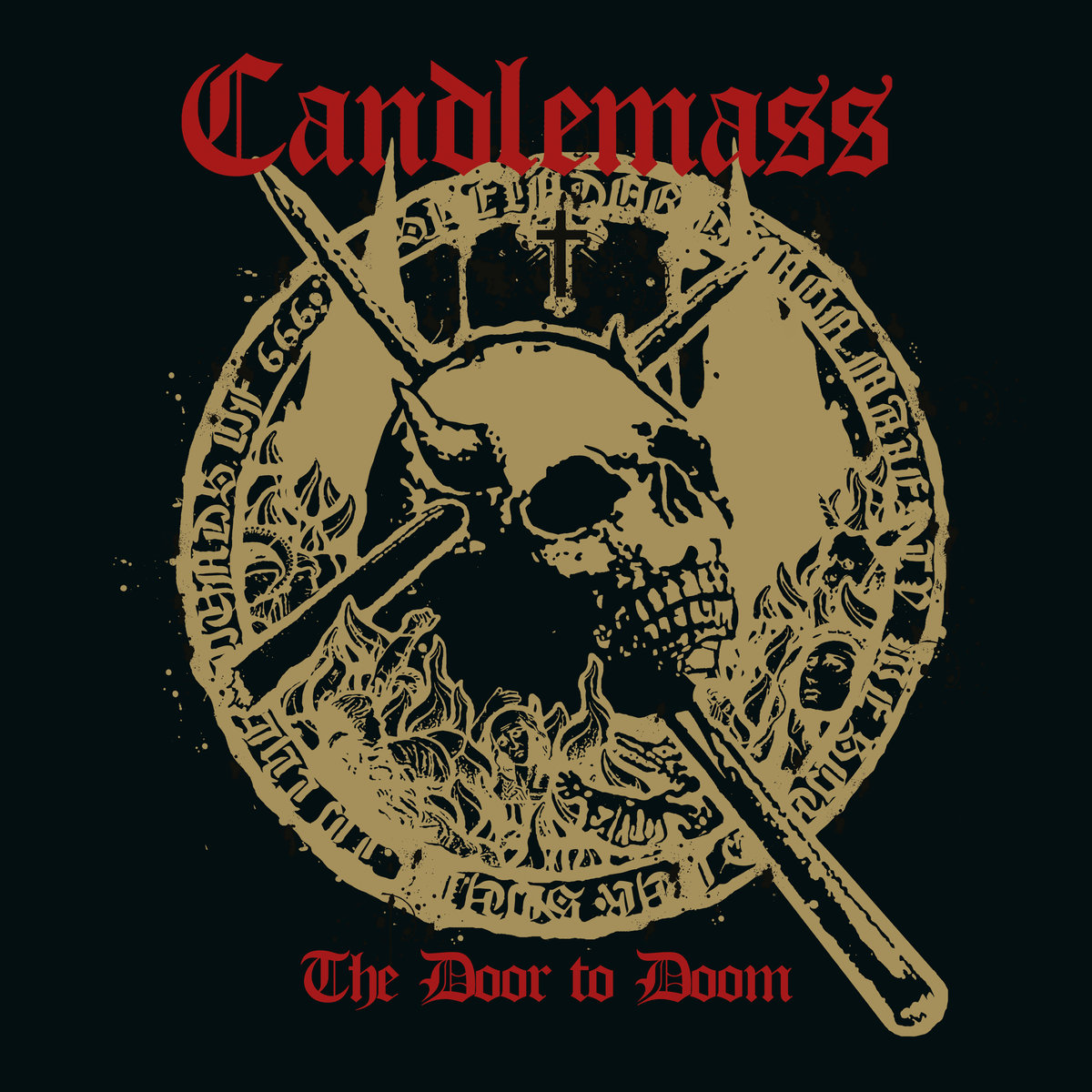 “The Door to Doom” Album ArtworkEven more of a credit to this album’s effectiveness is that it manages to present a variety of expressions within its simplistic and heavily classicist format. The creeping largess of “Black Trinity” and the Lovecraftian nightmare ode “Astorolus – The Great Octopus” (featuring an astounding guitar solo guest slot by Tony Iommi, his first recording since Black Sabbath closed its case, in a grand passing of the torch moment) offers up the heaviest end of the spectrum. Meanwhile, the nimble driving character of opener “Splendor Demon Majesty” and the occasionally thrashing epic crusher “House Of Doom” (which also features a brilliant church organ solo, a looming bell tolling in the distance and plenty of atmospheric keyboard work) reminds all that you don’t have to play slow all the time to capture the depths of misery. Topping off this monument of darkness are a collection of brilliant droning acoustic passages littering “Under The Ocean”, “The Omega Circle” and a full on ballad in “Bridge Of The Blind” that showcases a more polished yet still organic clean vocal character out of Langquist to rival his seminal moments with this band decades back.

Moving forward doesn’t necessarily mean abandoning traditionalism; in fact, there is a fairly strong case to be made that without a traditional rooting that metal would have lost its way decades ago. What this album represents to the metal world in general, and doom metal in particular, is a traditional response to a changing world by embracing whatever new conventions will complement an already winning formula. Any stalwart fan of Candlemass will find every bit of what originally drew him or her to the band over the course of their time expanding a formula that reaches back to the earliest days of metal’s longstanding history, whereas any newcomer will be greeted by something that isn’t a throwback to a time they don’t remember, but something real and current to complement the far more varied musical world to which they have been raised. The final chapter of the morbid tale that is epic doom metal has yet to be written, and God willing, it will hopefully not be the last one in this sorcerer’s mighty anthology.

“The Door to Doom” Track-Listing:

Following a seemingly endless revolving door of prominent helmsmen leading the charge, the original purveyors of epic fatalism and despair of the most grandiose kind rediscover their roots with the return of the original captain