Too fast for the typical macabre dirge.

Generally when one associates metal music with the funeral setting, slow-paced and sorrowful odes within the doom aesthetic is usually the expected outcome. Then again, if one views death as only the beginning of an eternity spent in a state of chaos, it wouldn’t be much of a stretch to picture a maddening assault of thrashing riffs and technical showmanship played at maximum velocity. This is the basic approach taken by Chicago’s own Bloodletter, a thrash metal band with one foot planted in the melodic grandeur of the style’s more catchy, mid-80s Bay Area adherents, while the other has ventured into the modern world of virtuoso twists and turns that bears some resemblance to where the style was in the early 90s, but repackaged into a more vicious aesthetic in line with where some of the more formidable acts of the ongoing New Wave of Thrash Metal have been since the late 2000s. But even when considering every aforementioned moving part of this finely tuned thrashing machine, there is still more to the story wherein this outfit’s sophomore studio LP “Funeral Hymns” is concerned.

At first glance, the approach taken here is of a fairly typical fashion for a current trustee of all things thrash, bearing an obvious resemblance to the viciously fast and compressed sonic assault one has come to associate with the likes of Havok and Warbringer. From the primal shouts and shrieks of front man Peter Carparelli, to the consistently fast-paced and frenetic battery of the riff work and drums, this likeness in approach is rivaled only by the risk of one throwing their own neck out within the first few songs. However, a closer examination reveals a degree of technicality and precision that ventures a fair bit outside of the mainline thrashing character of the two aforementioned bands, occasionally resembling the jazzy riffing of Boston technical death thrashers Revocation (minus the genre-bending progressive elements), to speak nothing for the hint of blackness to the overall aesthetic that parallels Toxic Holocaust. All the while, the songwriting is an exercise in conciseness almost to a fault, with only one anthem breaking the 4 minute mark while half of the rest fail to make it past the 3 minute mark.

But for all of the chaos that has been bottled into this album’s 32 minute duration, it is of a highly controlled variety that results in a series of highly consistent odes to the mosh pit that often blurs the lines between where Gama Bomb ends and The Black Dahlia Murder begins. Beginning on what can be best described as triumphant prelude before the unrelenting storm, the melodic guitar flourishes that introduce “Absolution Denied” have all the makings of a memorable and captivating homage to the glory days of 80s Metallica, while the bulk of what follows blurs the lines between Bay Area orthodoxy and American technical melodeath. Other riveting anthems that stand apart from this mighty pack include the tech happy cruiser “Funeral Bell”, the forbidding blaster with a talk order of melodeath trappings and fun guitar noodling “Blood, Bone and Ash”, and the mini-epic closer “I Am The End”, which fully recaptures and builds upon the same melodic exposition into a mad-thrashing conclusion noted on the album’s opening number. Yet at the end of the day, each individual offering on here is a tall order of vertebrae-twisting mayhem that mixes in the right amount of melodic contrast to keep the ears guessing. 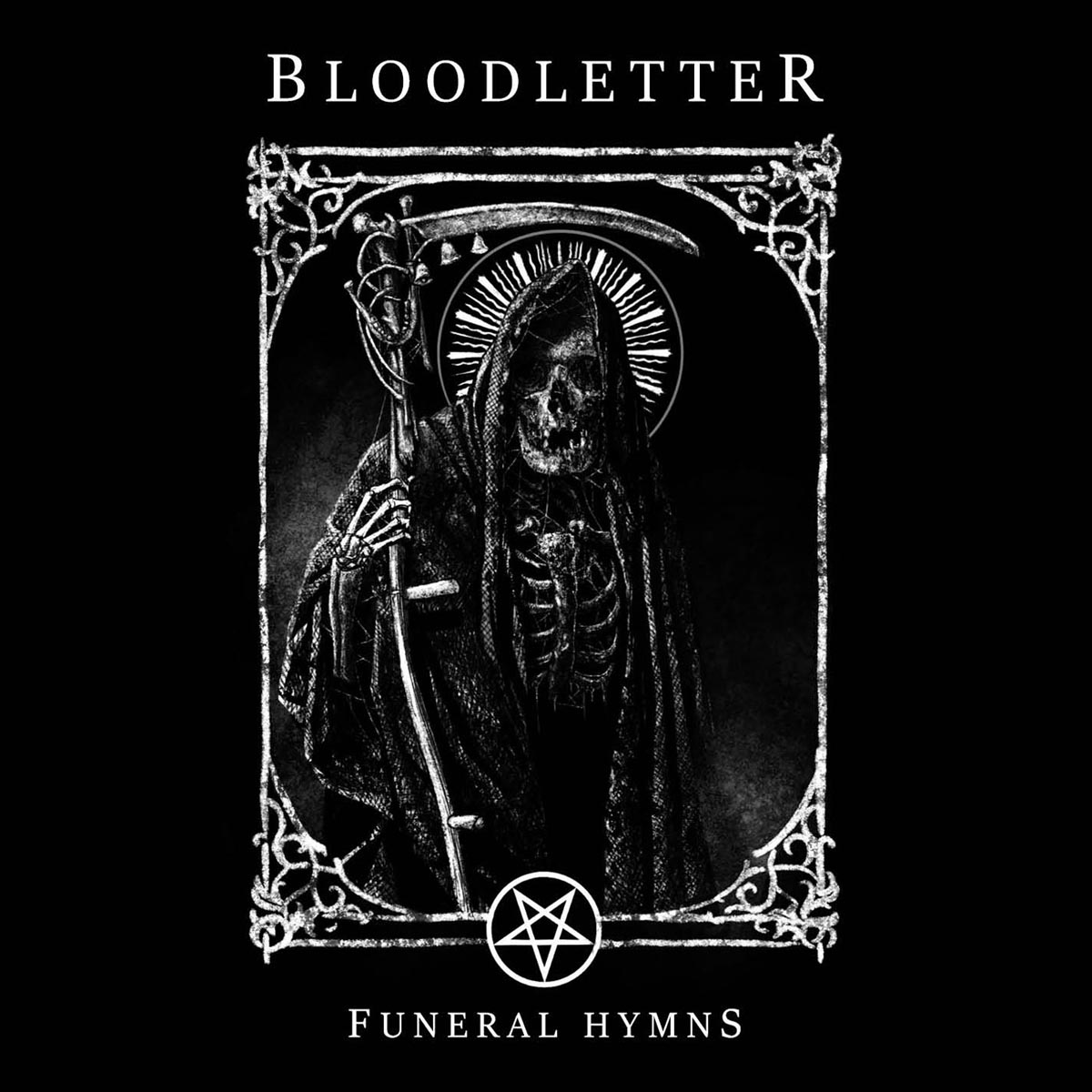 While the likes of Warbringer, Havok and Exmortus are assuredly tough acts to follow, Bloodletter has definitely given them all a run for their money this go around, all the while offering a more concise and accessible package for those who like their songs shorter in length and lighter on the extended interludes and breakdowns. At times it gets a bit difficult to tell which part of this fold is the standout hero, with drummer Zack Sutton and dual guitar assault of Pat Armamentos and Peter Carparelli often running neck and neck in terms of who throws more technical gymnastics into the equation. Perhaps a slight preference could be afforded to the latter, if only due to the fact that the solo work covers a number of prominent faces from the nuanced and organized shred of Kirk Hammett and the more quirky and technical madness of Marty Friedman, and the continually developing character of the riff work leaves zero room for boredom to enter into the equation. Those who like their thrash delivered in a less conventional yet equally violent fashion will not want to miss out on this collection of technical elegies to the departed.

American thrash metal receives a powerful boost as this Chicago-based quartet unleashes a high octane, melodic yet vile set of concise anthems, culminating in one of the more impressive sophomore outings in recent years.