While an unconventional take on things and a thoughtful one on lyrical content have always been the rule in progressive metal circles, the specific stylistic expression that emerges is less strictly mandated. Even when entering the hybrid sub-genre of power/prog, there is a spectrum of possibilities that results in such triumphant and technically flamboyant powerhouses like Pagan’s Mind and darker, heavier and less showy ones like Communic emerging from one lone nation. The hazy middle ground between these two extremes has generally been where Germany’s Assignment has resided since their 2003 debut “Progressive Changes”, after previously starting off in the mid-90s as a death/thrash outfit similar to pre-“Focus” Cynic, drawing near equal influence from the lighter and darker sides of the metallic coin. However, since the turn of the 2010s and the eventual recruitment of Dio-inspired Argentinean vocalist Diego Valdez on their 2016 smash “Closing The Circle,” their musical trajectory has taken a rather sizable turn.

With the dawn of a new decade has come a new album for this wildcard of the German metal scene, namely their 5th studio LP “Reflections.” Building off of a similar model of socially relevant lyrical content and futuristic imagery, it flows in a semi-conceptual manner despite being composed largely of separate subjects spanning an individual or pair of songs. Though it tends the closest towards the mainline, Dream Theater-inspired mode of progressive model that is more melodic and reliant upon genre-bending instrumental twists and virtuoso musicianship, there is a notably darker and heavier character at work in many of the songs encountered here that’s more in line with the Nevermore school of quasi-thrashing progressive groove metal. For his part, Valdez proves a bit more adaptive than James LaBrie’s largely smooth swagger and a bit less clumsy than Warrel Dane’s anguished ravings, transitioning seamlessly between being clean cut and jagged around the edges in a manner comparable to Kelly Carpenter of Outworld and Adagio fame.

This excursion into forward-looking storytelling begins, ironically enough, with a stroll down memory lane to the tragedy and travesty that was the 1990’s war in the Balkans. Entering things with a dank metallic instrumental prelude with a Slavic vernacular twist, “Trilogia Balkanica” is peppers one’s speakers with an ensemble of audio clips from news coverage of the event and the sound of fighter jets, along with an epic sense of development and drive before segueing into a beastly opener in “Mercyful Angel”. This duo of songs reminds heavily of the furious and kinetic character of a number of mid-2000s American progressive offerings, with perhaps Symphony X’s “Paradise Lost” being the big one between the speed thrashing riff work, the blurring shred fest of a guitar solo and Valdez’s vocals veering dangerously close to a Russell Allen imitation. Some other offerings occurring later in the album such as “Submission” and “Obsession” are similar inclined towards the more aggressive side of the progressive coin, but are a tad less frenetic and a little more drawn out. 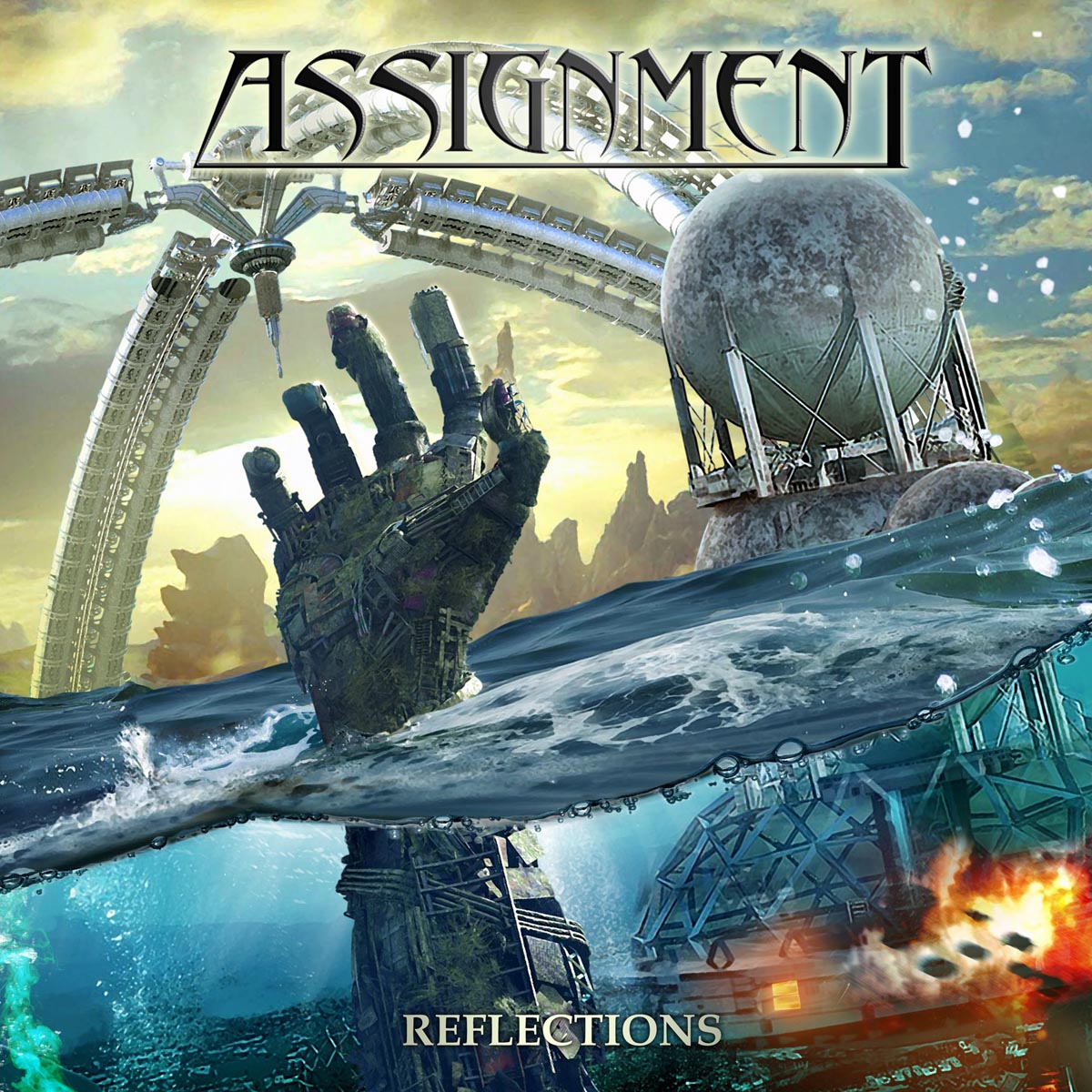 Though the shorter and more biting anthems have the most immediate impact, this album’s strength proves to be even more concentrated upon the longer and more nuanced offerings contained in this opus. The critical commentary regarding corporate culture simply dubbed “Corporate Men” leans far closer to the dark yet more ambiguously styled and wandering character of recent Dream Theater, revealing keyboardist Gert Sprick to be an apt competitor to Jordan Rudess with an ensemble of noodling synthesizer and piano parts, while Valdez’s vocals showcase a greater range of expression that includes some subdued, crooning moments. But ultimately it’s the closing trilogy of “Endlessly”, “Unknown Hero” and “Silent Nation” that draw this band’s brilliant songwriting to its apex, with the former featuring a brilliant duet between Valdez and former Beto Vazquez Infinity vocalist Ines Vera-Ortiz; providing a Floor Jansen equivalent to the former’s Dio-like howl, while the two longer epics that follow rivet the ears with an array of brilliant performances by the entire fold of instrumentalists in that classic “Images And Words” fashion.

If there is any downside to this solid expression of artistic merit, musical prowess and balance, it is that those of us residing on the western side of the Atlantic had to wait a month longer than Europe to get our hands on this album. But for those who are already quite familiar with the darker works of Dream Theater following the release of “Six Degrees Of Inner Turbulence” and what Symphony X has brought to the table since the turn of the millennium, this eventuality of delayed gratification proves to be a worthwhile one. Much of what it has to offering is familiar, but the combination of 80s, 90s and current influences are highly unique, and the level of competency in which they are delivered is well above average. Assignment has come a long way since their formative work in the 2000s, going from being entirely independent to now counting themselves among the ranks of the mighty Massacre Records, and the mighty display on here should demonstrate to every power and progressive metal enthusiast that the reward was well earned.

Born out of the ashes of the mid-90s German death/thrash scene, this underground progressive outfit has made greater strides in recent years towards a broader audience by merging a heavy yet nuanced musical template with a dynamic old school heavy metal vocal impresario approach.